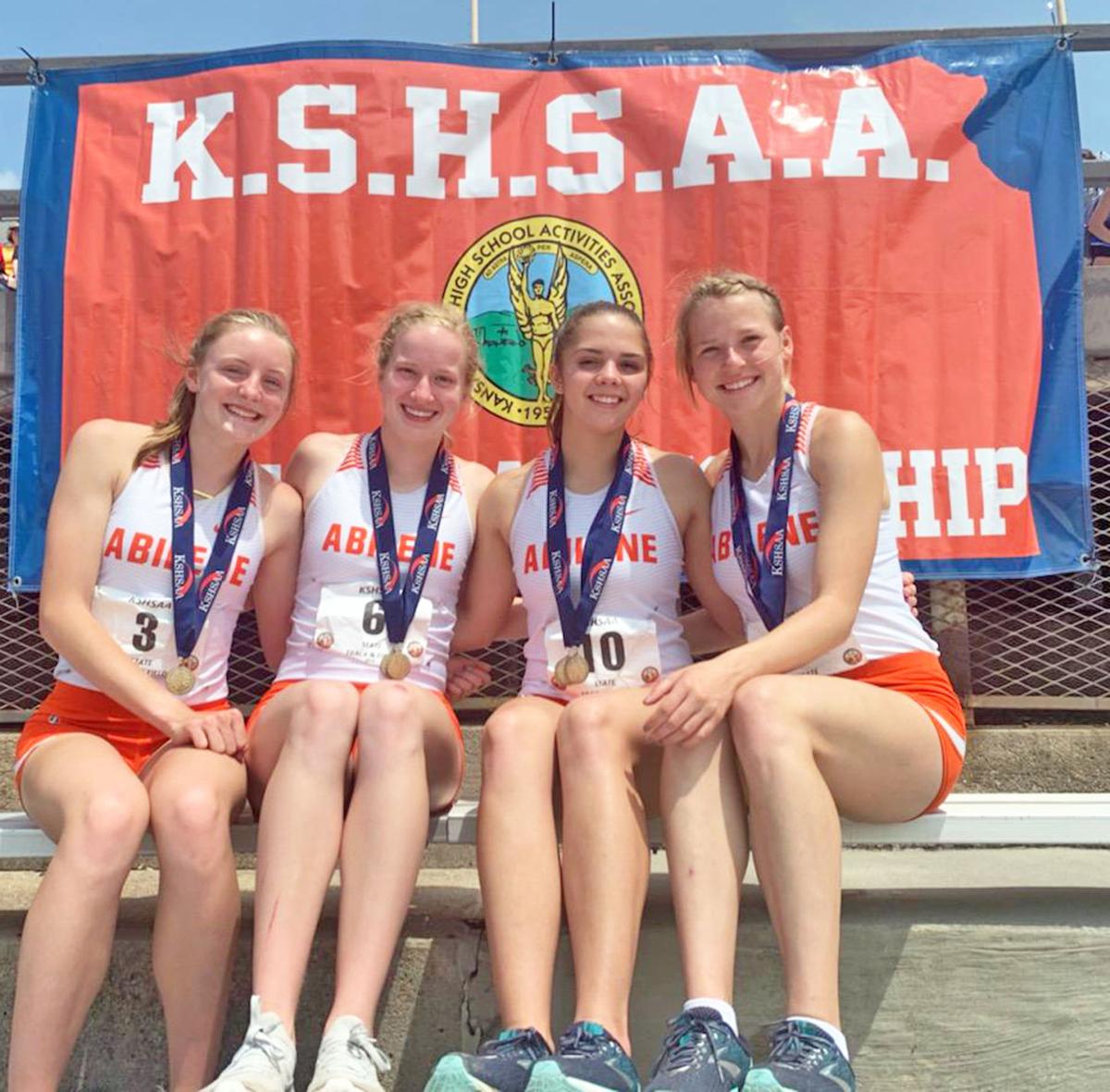 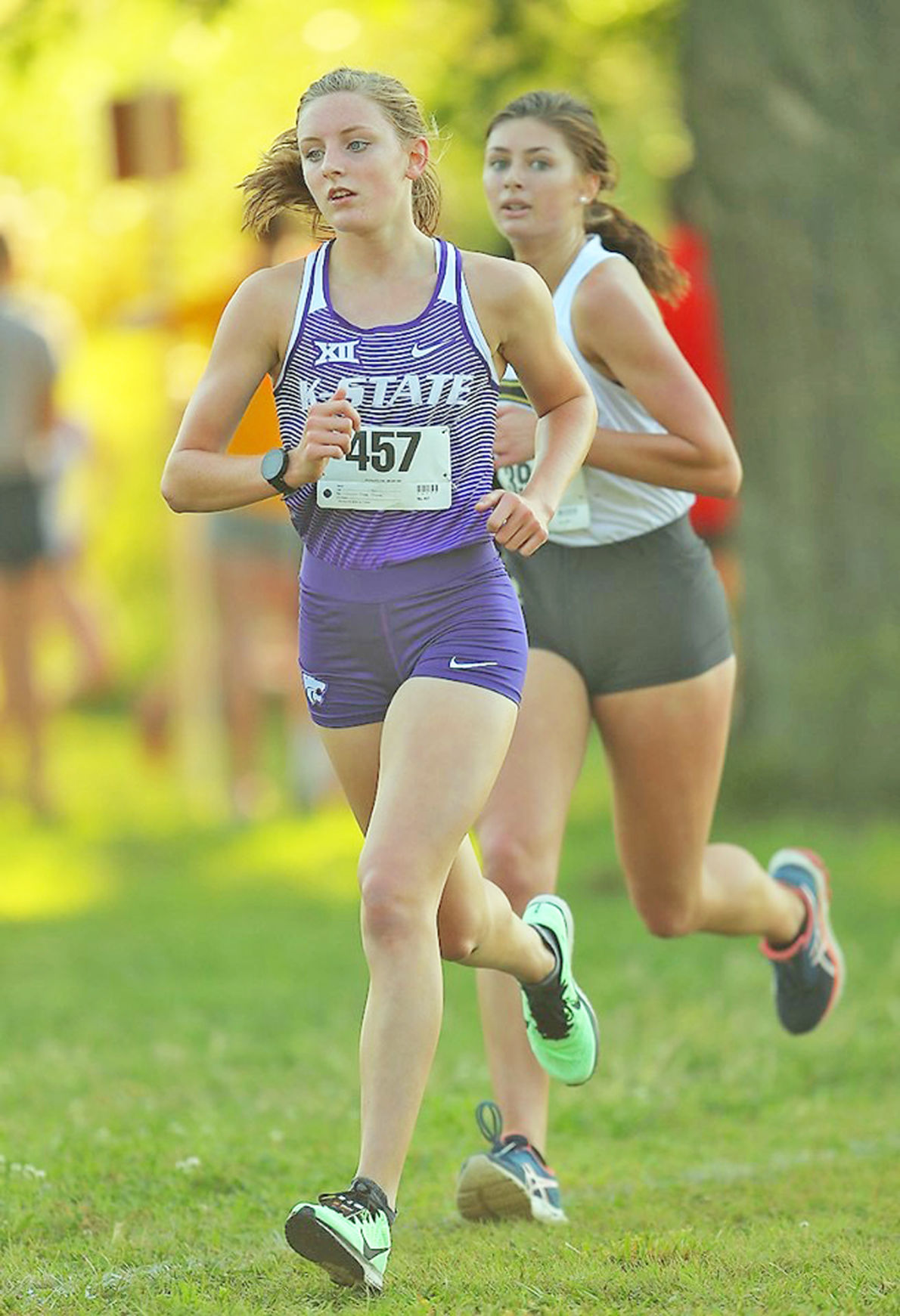 This time a year ago, Kansas State sophomore Sydney Burton was relishing running with her Abilene High School teammates and moving to the podium to gather gold in the Class 4A 4x800m Relay at the State High School Track and Field Meet.

“I really miss competing and I really miss running with Savannah (Stout), Beth (Holmes) and Abby (Barnes),” she said. “That was a great time. I love running for K-State but I am not able to compete right now. Reflecting back, I just miss running around the track.”

Like all spring athletes whether they are high school or college, the COVID-19 pandemic put a major life hurdle in place for Burton and her K-State teammates. Schools closed to on-line classes, student athletes went home and athletic facilities were shut down during this time.

“Nobody feels lucky during these times,” she said. “It has really been hard but I guess the thing that I am taking away from this is the positive in that running is one of those sports you can still do regardless if you have facilities or not. You just need a stretch of road and some shoes. That has been a blessing. But it has been hard not being able to train and run with my teammates because I am back home now.”

As restrictions are being reviewed and lessened during the summer months, K-State Athletics has announced plans for athletic teams to begin using college facilities around June 15. Formal plans about numbers and social distancing guidelines have not been finalized but there has been some communication from coaches about some of the things the athletes can expect to happen.

“With not being able to use the facilities for a little bit longer and not having all the resources that we would usually have and are used to has been hard,” Burton said. “I know that those that were expecting to compete this spring, especially the seniors, it was even harder to accept.

“It has been tough not being with people because what makes running all worth it is doing it with your team. Not doing that right now is tough but I think I am growing because of it. Really excited for this to be all over so that I can get back out there.”

The pandemic also gave student athletes another major hurdle and that was completing their academics. K-State like most institutions regrouped after spring break with entirely on-line classes, something that all students had to experience across the country regardless of educational level.

“That was a transition for sure going on-line,” Burton said. “Not ideal and kind of tough to do some labs through the computer. But K-State did a really good job of doing the best they could. The professors really put in countless hours in turning the curriculum to an on-line base thing. I finished and I am excited for hopefully not having to do that again this fall.”

Burton has recently switched her major from kinesiology to dietetics. But she will complete a minor in kinesiology before she graduates.

“After undergrad, I want to go into grad school for dietetics and then I want to eventually become a registered dietician,” she said. “I don’t know if I’ll work in a clinical setting or with athletes on a college campus. That’s kind of the plan right now.”

Burton, who also started for the Cowgirls on the cross-country course while in high school, ran for the Wildcats last fall. She competed in a few meets but experienced an injury that was going to keep her from competing during the spring outdoor track season.

“I had an injury in the winter months and it was taking me a little bit to come back from that,” she said. “ Hard for me to regain my fitness and feel good again. It was like a mutual decision between my coach and me. We just thought the best is yet to come and so I thought that maybe not competing this spring would lead to more fruitful seasons in the future.”

She said she might be able to use a redshirt season for this past spring and the NCAA has talked about granting an extra year of eligibility for spring sport athletes, especially the seniors.

Burton, like millions of others, has found the world of Zoom.

“Zoom has really been awesome,” she said. “We do team Zoom meetings every once in a while. I actually just face timed with a teammate last night. Our training conditions right now are really similar. I have also gone to Manhattan a couple of times to be with the team as we could.”

She awaits the word when she can rejoin her teammates in Manhattan but she plans to put in a lot of miles trying to get stronger this summer. But she is also just planning to have fun hanging out with family and friends this summer, enjoying the Kansas sunshine.