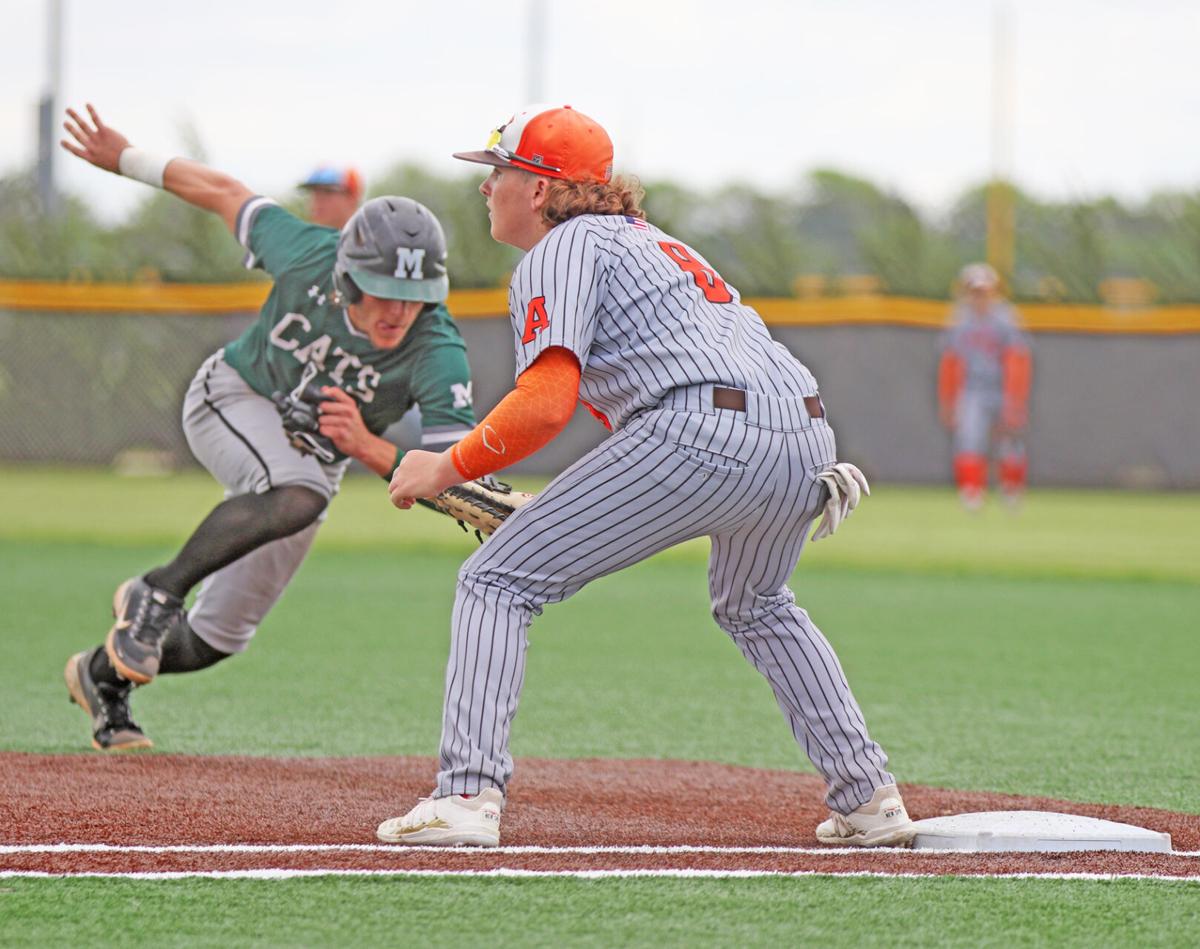 Abilene senior Ben Short prepares to get a throw to tag the Mulvane runner out at firstbase in Regional baseball action. 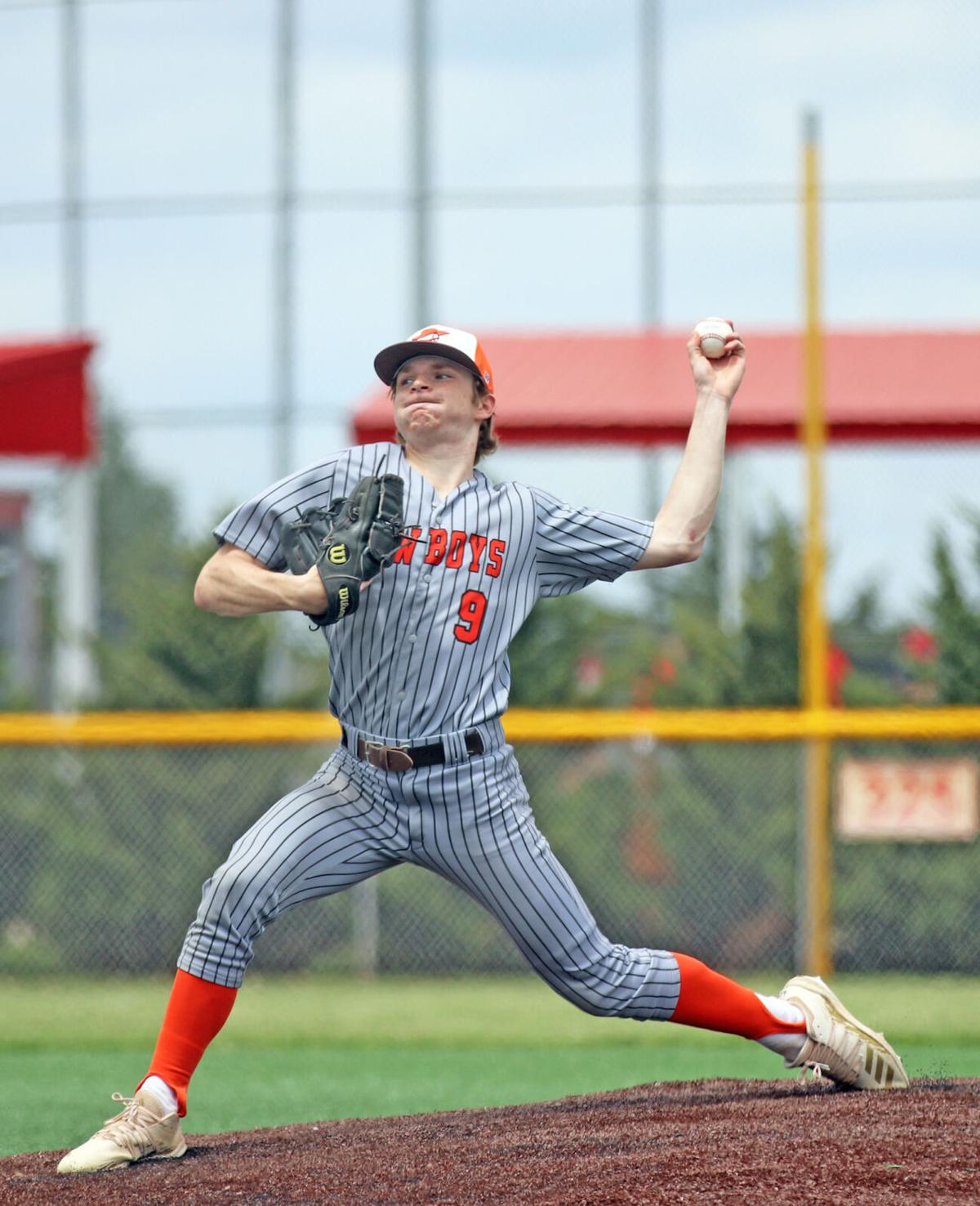 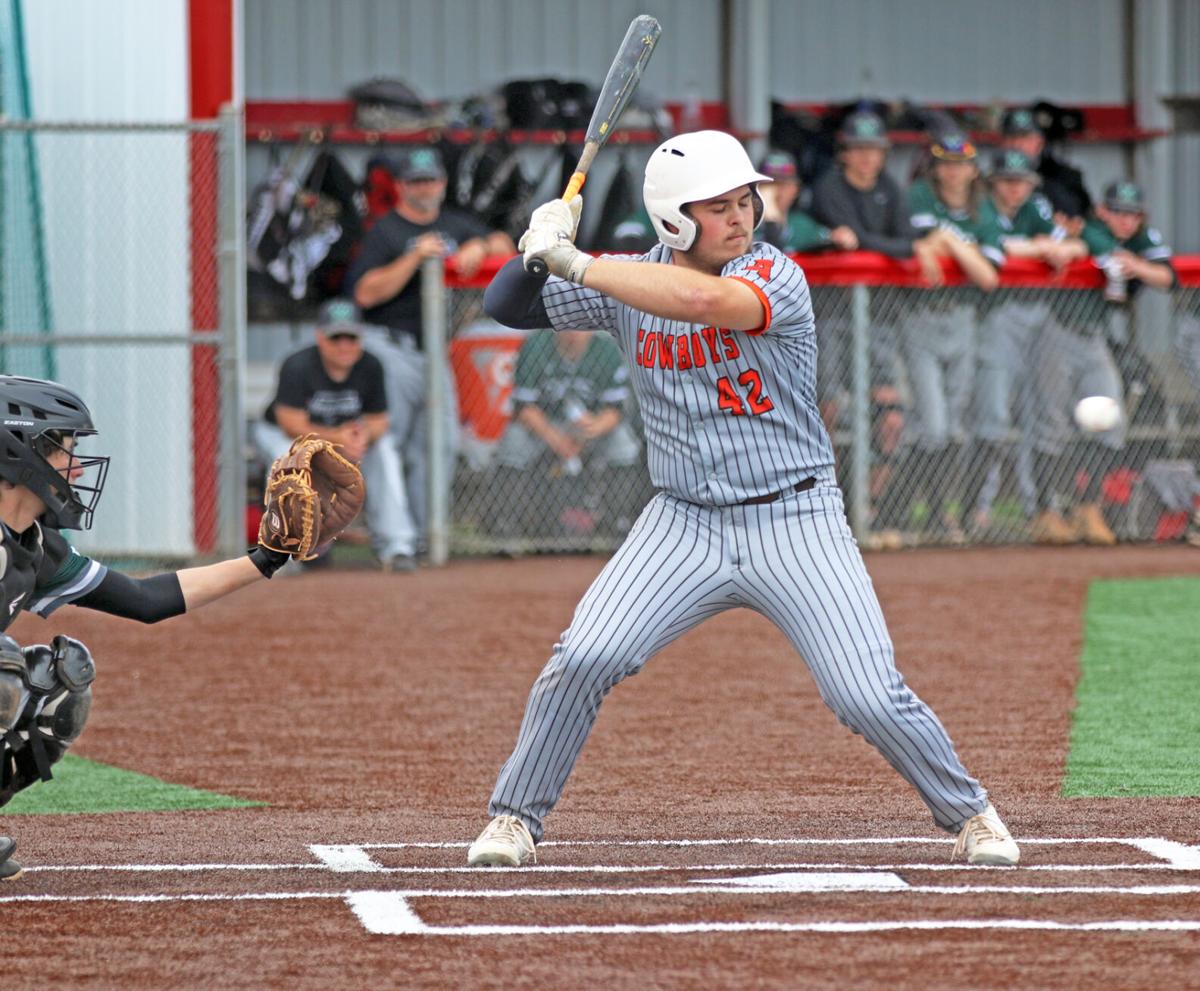 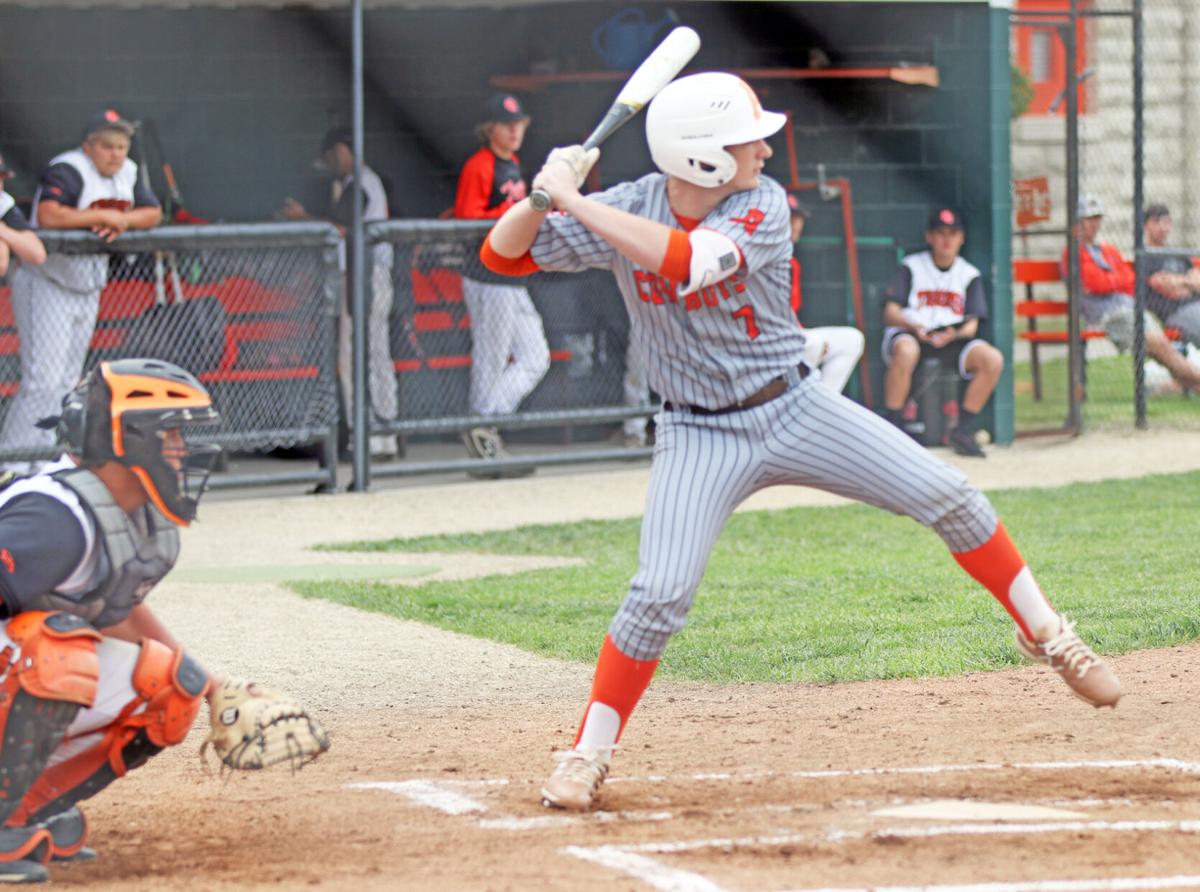 Abilene senior Ben Short prepares to get a throw to tag the Mulvane runner out at firstbase in Regional baseball action.

MCPHERSON – The Mulvane Wildcats got just enough hits in the twice-delayed Class 4A Regional Baseball playoffs to get by the Abilene Cowboys 3-0 Tuesday evening in McPherson.

Mulvane led 2-0 at the end of the fourth inning when the game was stalled the first time for lightning and rain for more than hour. Abilene finished batting in the top of the fifth before the second halt came. Both teams and coaches evacuated the field each time to seek shelter in a nearby elementary school.

When the game resumed nearly an hour later, Mulvane was able to scratch across its third run of the game and keep the Cowboys off the scoreboard.

Pitching played a big part in the game as both starters had good games going into the later innings. Cowboy starter, senior Kaden Coup tossed a game winning effort in defeat. Mulvane junior Mason Ellis just had a little better luck on this night.

Coup tossed five innings and was charged with three earned runs on seven hits. He struck out six and walked one in his five innings of work. Coup came back out to the mound after the first rain delay.

“We just couldn’t get anything going,” Abilene head coach Travis Bartley said. “Coup kept us in the game. Bringing him back after the second rain delay would have been too much for him, I think. He was at 77 pitches, which isn’t horrible, but it was enough to keep bringing him back again after the second delay. Stocton threw a pretty good sixth inning for us and we played good defense. We didn’t commit an error tonight.”

Ellis pitched five innings and allowed one hit. He walked five and struck out four. Sophomore Julian Myers pitched the final two frames for the save. He allowed two hits striking out one.

The Wildcats scored once in the first as Tyke Creekmore led off the inning with a walk and scored on a single by Parker Richardson. Creekmore singled to open the Wildcats’ third inning and came around to score on Richardson’s second hit of the game. Creekmore scored Mulvane’s third run in the fifth inning after leading off with a single and scoring on a double by Hunter Seier. Abilene nullified Mulvane’s fourth run of the game on a heads up play by third baseman Stocton Timbrook who noticed that Seier failed to retag third base on a fly out to end the inning. Timbrook took the throw back from the outfield and appealed the tag for the third out.

Coup, Timbrook and Carter Taplin had hits for Abilene. Senior Robbie Keener’s hard liner to the third baseman was ruled an error by the official scorer. Abilene left eight runners on base during the game as the Cowboys struck the ball well but right at the Mulvane defenders.

“We couldn’t get the bats going today,” coach Bartley said. “And when we did get the going we hit them right at them to make a play.

Timbrook tossed the scoreless sixth inning for the Cowboys striking out two and not allowing a hit.

“It always sucks seeing a group go each year, and when you’ve been around these kids for a long time, it gets even harder,” Bartley said. “This is really a good group of seniors, all four of them. Just like I told then after the game, they are leaving this program better than what they found when they walked in. I really believe we are going to dog pile one of these days, it’s going to come, and these guys are going to be right there with us because of what they did for us. They are the reason why.”

Abilene finished the season 10-11 while Mulvane went on to defeat McPherson 7-6 in the final game to advance to the State Tournament next week in Salina.

“We have a lot of talent coming back,” Bartley said. “I think we will be very competitive next year and then there is a group of kids in middle school that will fill us in nicely. Our future looks pretty good, we are not done yet.”