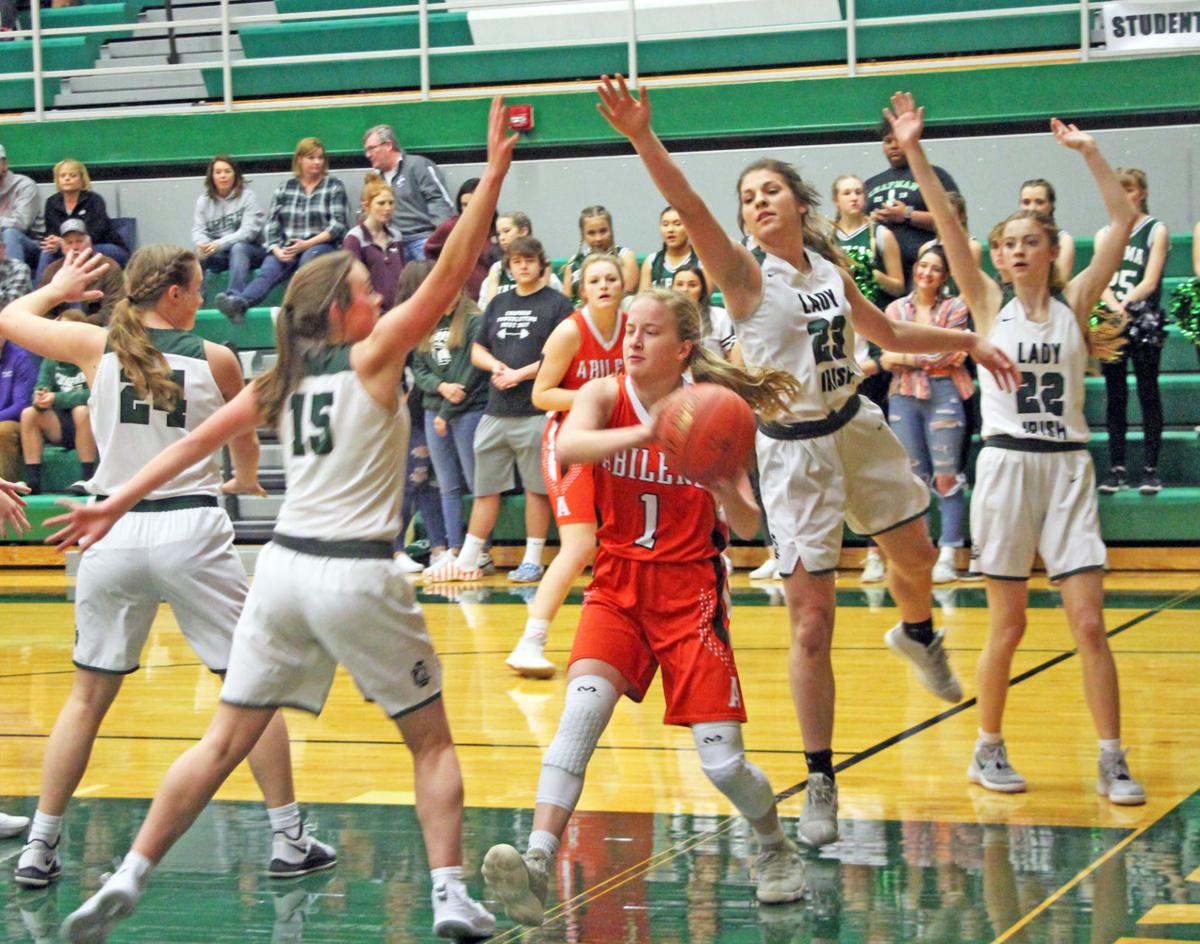 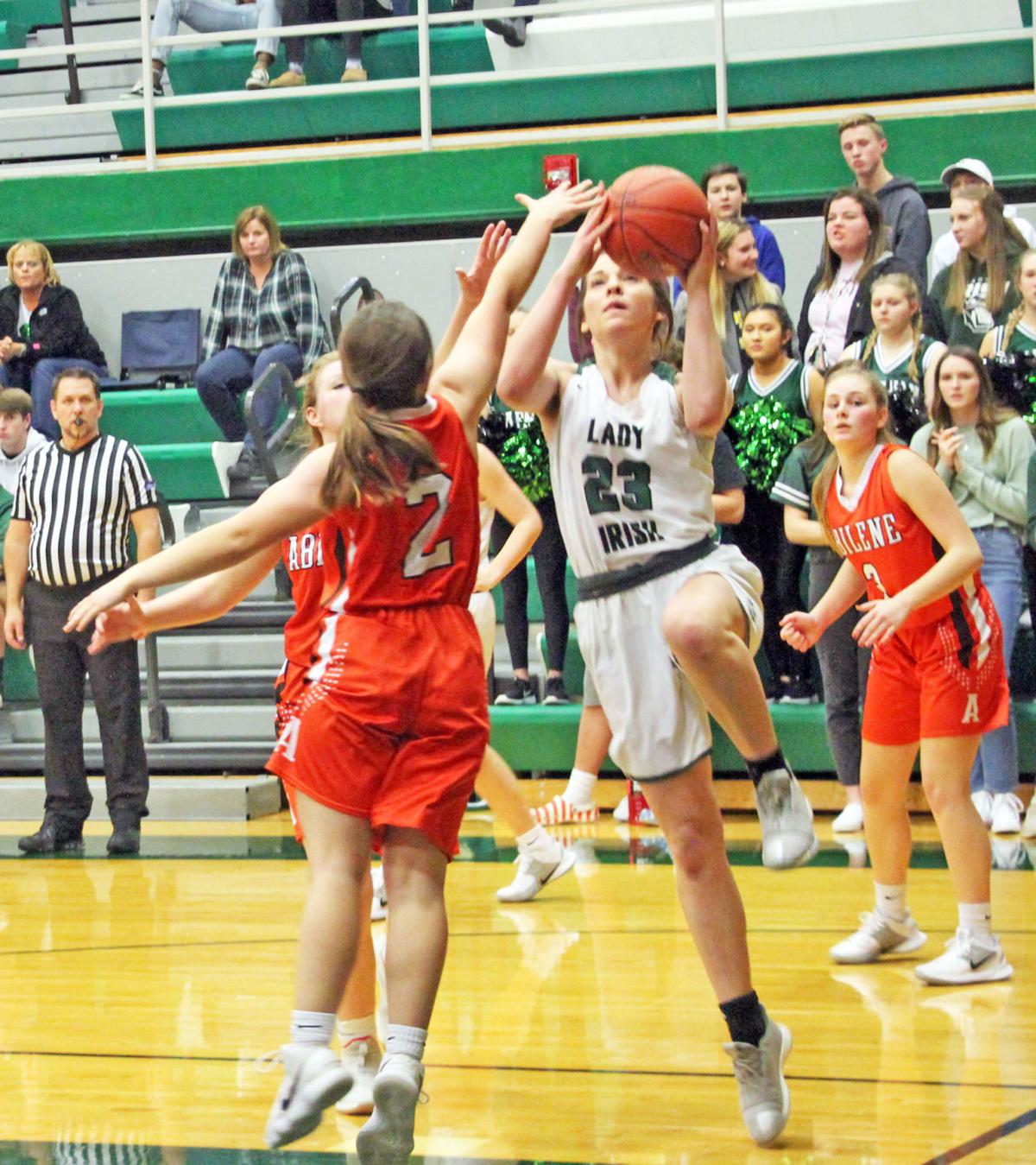 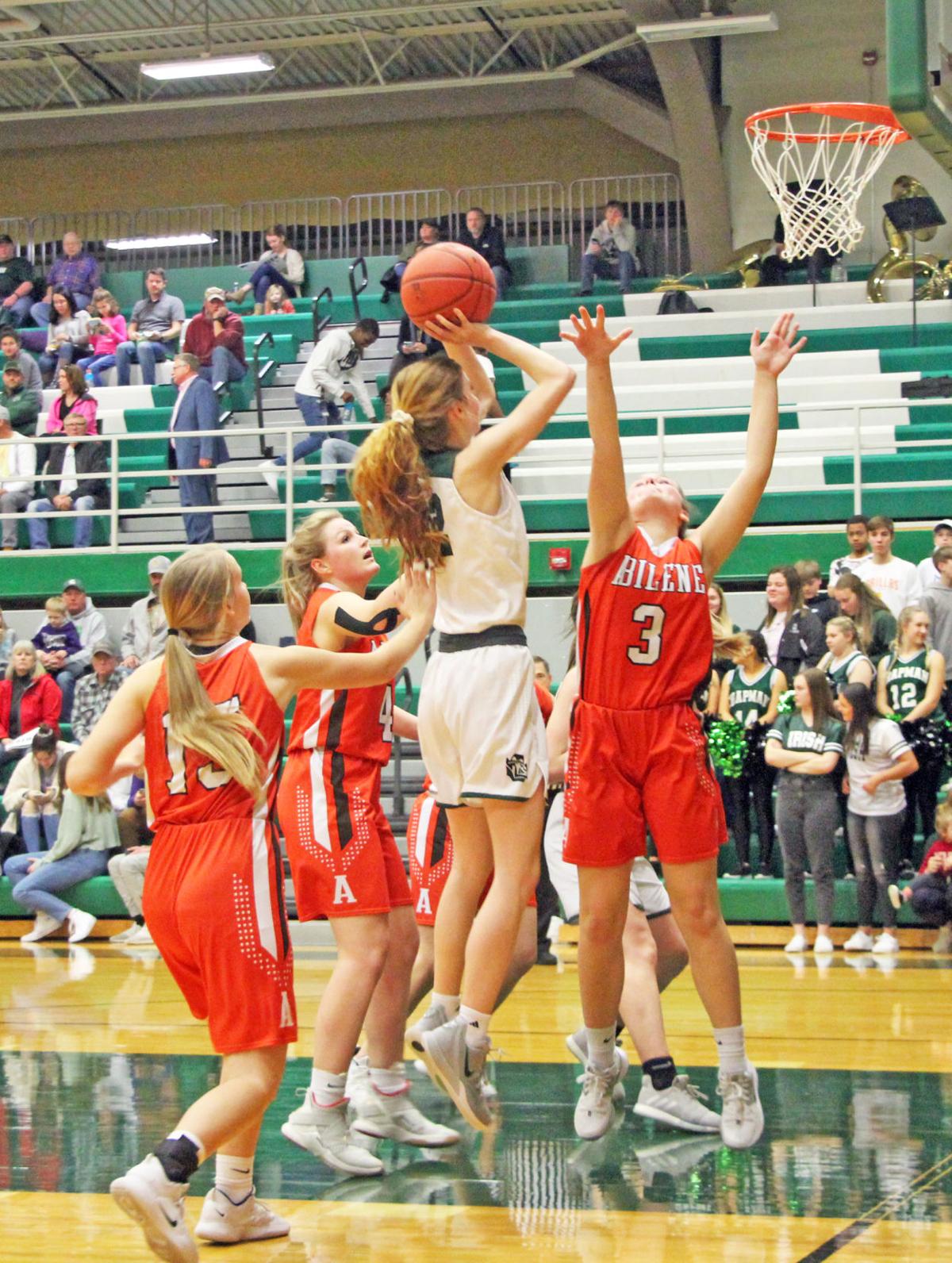 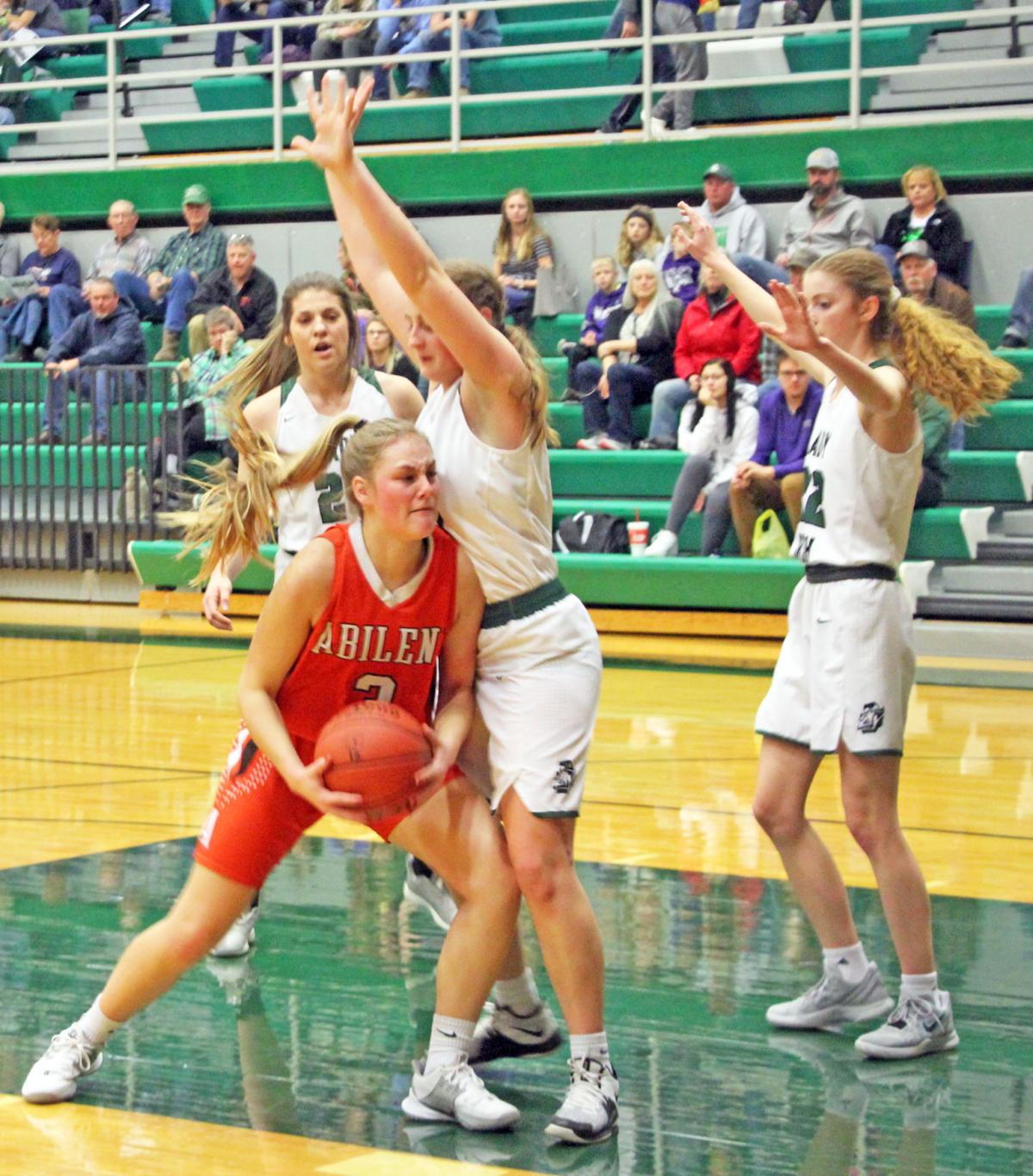 CHAPMAN – The Abilene Cowgirls didn’t have an answer for the pressure that the Chapman Lady Irish swarmed them with as Chapman thumped the Cowgirls 55-36 in Chapman Tuesday evening.

Applying pressure defense, the Lady Irish jumped out to an early lead in the first period on their way to snap a 21 game winning streak by the Cowgirls. Abilene wasn’t able to find the rim until senior guard Jade Vopat netted a trey with 1:06 left in the opening period. By then, the Irish led by a senior laden starting offense had an 11-0 lead and the Cowgirls had committed four early fouls trying to slow down the running Chapman team.

Chapman senior McKenna Kirkpatrick led her squad with six of her game high 16 points to quick start the Lady Irish offense. Sophomore Shannon Anderson capped the Irish scoring with a three and the stifling Chapman defense held the Cowgirls to five points in the first eight minutes.

“Our girls are playing hard,” Chapman head coach Drew Gruver said. “I think that’s the biggest thing about this team. We are playing hard on the defensive end and we are letting our defense lead to our offense and stopping the other team from scoring. This group is also playing together as a team.”

The Lady Irish applied a full court press defense from the very start of the game and forced the Cowgirls into 18 turnovers on the night. Senior Ashlynn Bledsoe canned a trey to open the second quarter for the Irish and when McKenna Kirkpatrick had back-to-back two-point jumpers the Irish had rushed for a 23-9 lead with just under two-minutes remaining in the first half.

Abilene’s Abi Lillard and Jenna Hayes had buckets but the Cowgirls only got one other basket in the second quarter but it was on a pretty play by senior Hannah Snowball, who took a nice pass from junior Matigan Kobiskie for a layup under the Cowgirl basket.

Chapman took an 18 point lead into halftime at 29-11 and then they erupted for 18 more in a big third quarter as they broke away for a 24-point lead 47-23 after three quarters. Abilene got three’s from senior Beth Holmes and sophomore Joy Clemence during the third quarter.

The Irish had increased their lead to 47-23 going into the final period. After Holmes went down with an injury early in the period for the Cowgirls, Vopat stepped up to put down a couple of free throws and an old fashion three-point play in consecutive scoring opportunities for Abilene. Snowball put in a couple of buckets and junior Reagan Ditto came off the bench to get a steal and lay-up to end the scoring for Abilene.

“McKenna and Ashlynn scores the majority of the points for us,” Gruver said. “But you know Peyton Suther is a solid point guard for us and she takes care of the ball and gets it where it needs to be. Shannon Anderson and Kylie Adams do a lot of things that don’t show up in the scorebook. Shannon gets a lot of rebounds for us. Maya Kirkpatrick comes off the bench and does the same thing. They are all just playing extremely hard on the defensive end and the offense is taking care of itself.”

Holmes and Vopat led the Cowgirls with seven each while Lillard and Snowball finished with six.

Chapman (5-1) heads to Clay Center on Friday while the Cowgirls (3-2) travel to Marysville.

“This was a good win for us,” Gruver said. “I told our girls to enjoy it tonight but at the same time tomorrow when we come into practice, we have to be ready to go because we have another tough one on Friday.”