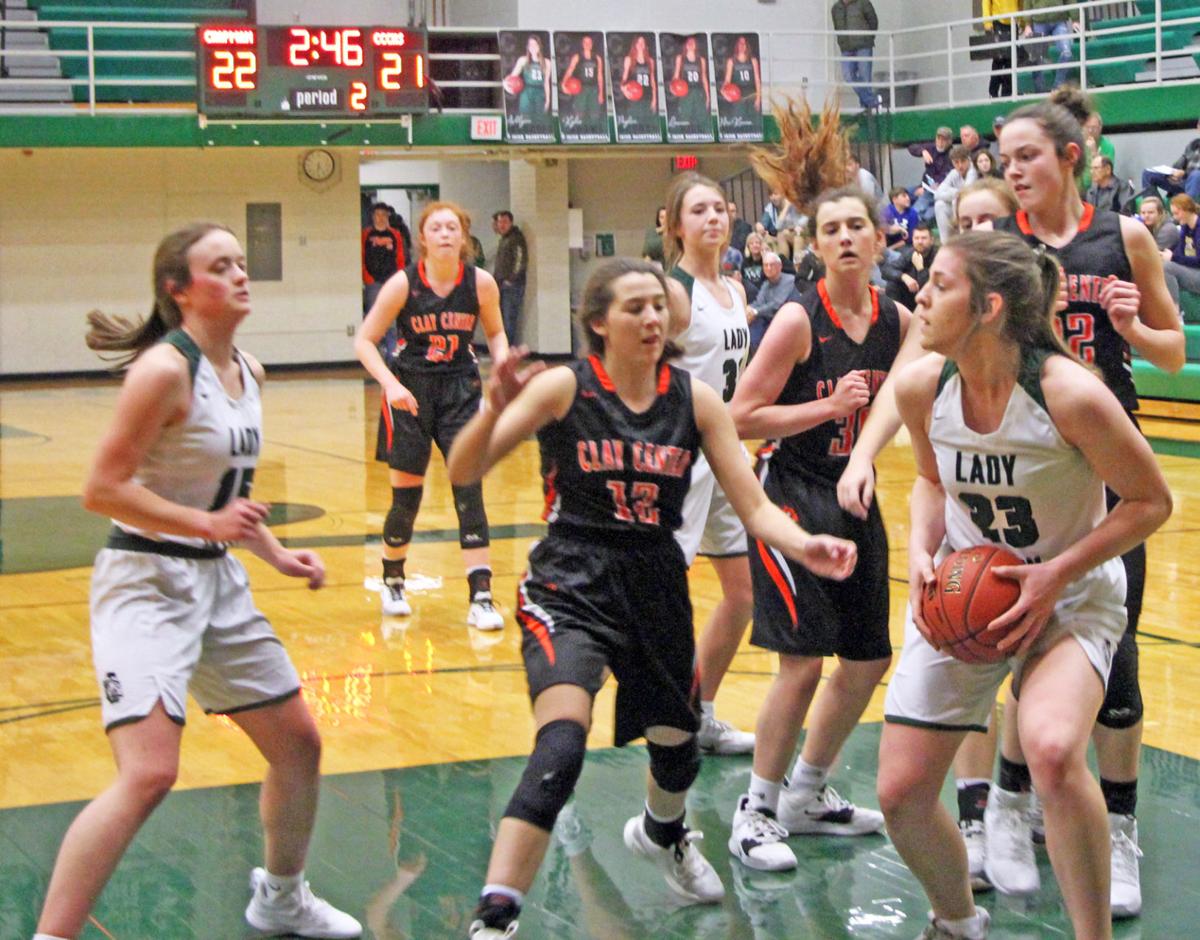 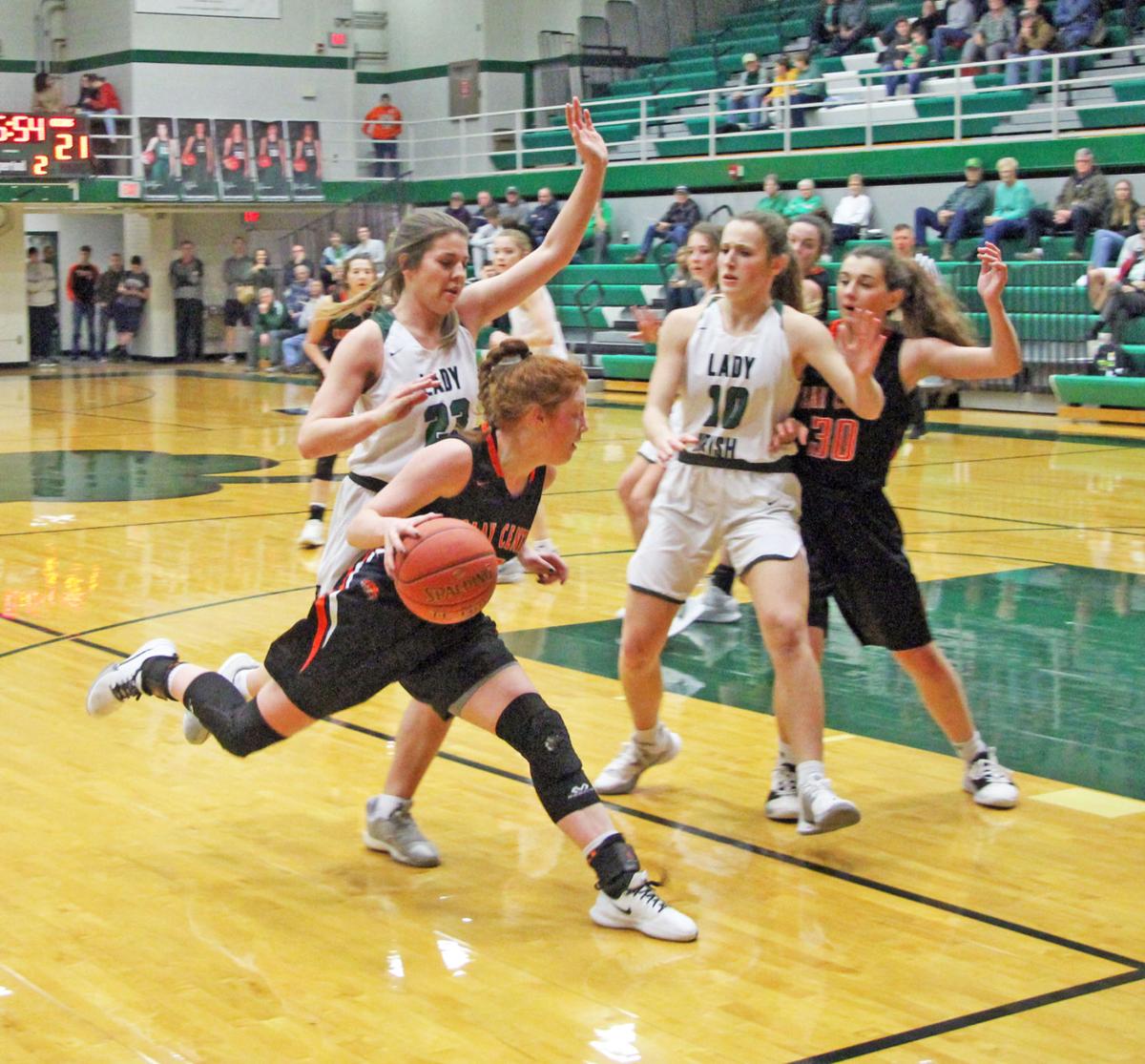 CHAPMAN – In what was probably one of the best high school girls basketball game in the state Tuesday night, two ranked Class 4A teams battled for sub-state seeding rights and the North Central Kansas League title race as the Chapman Lady Irish defeated Clay Center 50-48 in a nail biting finish in Chapman.

Chapman sought out revenge after losing a one-point game to the Lady Tigers earlier in the season. Tuesday belonged to the home team again only this time the game was in the District Gym of Chapman.

“That was a great game with two teams battling it out,” Chapman head coach Drew Gruver said. “Proud of the way our girls fought. We were down 10 late in the third and I told the girls in the huddle that there was plenty of time left. We had to get stops on the defensive end and we did that. We made some plays down the stretch. It was a team effort. Girls making tough shots. It takes a team to win and beat good teams like that. We did a good job of that tonight.”

Trailing by 10 with 2:20 left in the third quarter, the Irish got a three-point play from senior Ashlynn Bledsoe and a buzzer beating trey by senior point guard Peyton Suther to pull within four at 38-42 headed to the fourth quarter. Bledsoe had seven of her teams’ third quarter 14 points.

In the Irish fourth, senior McKenna Kirkpatrick, who had been slowed in the first half due to foul trouble, brought the Irish within two with a period opening jumper. Her sister, freshman Maya Kirkpatrick kept them within two at the 6:06 mark and then back came McKenna with a layup off a Suther assist at the 4:51 mark following a pair of Clay Center free throws.

With the Tigers up 46-44 and 4:24 left in the game, Clay Center head coach Jeff Edwards called his second time out of the period. After the time out, the Lady Tigers ran a set play to junior guard Reaghan Henry for what looked like a three-point shot. After being registered as a three the game officials met at center court and changed the basket to a two, thus making the score 48-44 in favor of the Tigers.

Thirteen seconds later Maya Kirkpatrick made a layup and the free throw awarded on a foul to pull Chapman within one at 47-48. A key play in the game then happened when McKenna Kirkpatrick stole the ball from Clay Center’s Clara Edwards and raced the length of the floor for a go ahead layup. The Irish led 49-48 with just over a minute to play. McKenna created another huge steal at the 12.8 seconds mark and was fouled by Edwards. The senior Kirkpatrick made the front end of one plus one for a 50-48 lead. The second shot bounced off the rim into the hands of the Tigers. Edwards drove the ball to the top of the Tigers’ free-throw line and was fouled. Edwards, who had hit two free throws earlier in the period, had a chance fro a tie game with 7.1 seconds left and shooting a one plus one. Her first attempt rimmed out and Chapman’s Shannon Anderson grabbed the rebound to secure the Irish win.

“We got the lead off that turnover and then were able to hit enough free throws down the stretch obviously to win,” Gruver said. “If we would have made the back end of the one and ones it would have helped.”

The Kirkpatrick sisters accounted for all 12 points in Chapman’s fourth quarter. Bledsoe led the Irish with a game high 15 points while McKenna Kirkpatrick finished with 13 and Maya Kirkpatrick and senior guard Kylie Adams added seven each.

Clay Center sophomore Shelby Siebold had 15 points to lead the Tigers with Edwards adding 14 and Henry finishing with nine.

Chapman improves to 11-3 on the season 4-2 in conference play. The Tigers are 9-5 and 5-1 in the league. Wamego is also in the mix for the title with a 3-1 conference record.