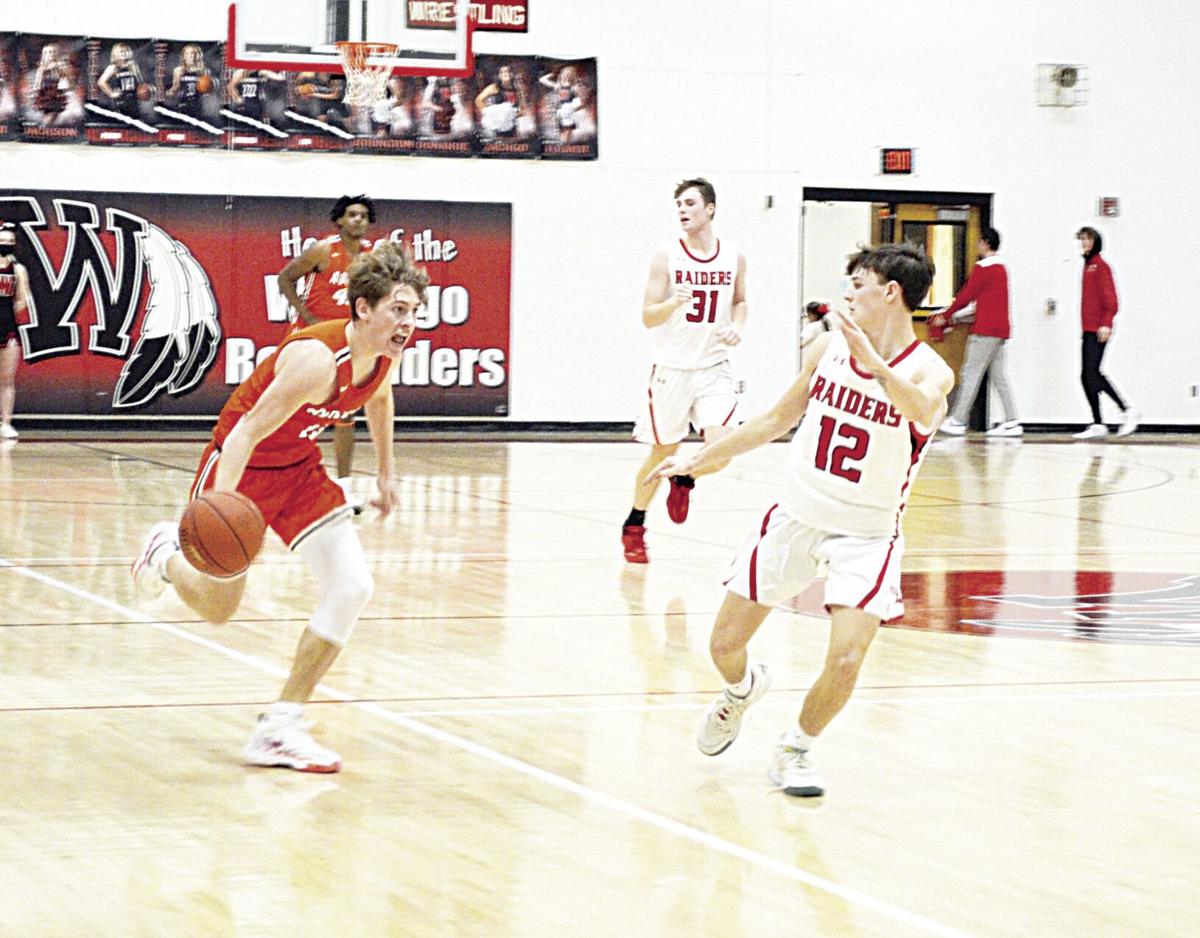 Brax Fisher (#13) presses the ball up court while being defended by a Wamego defender. 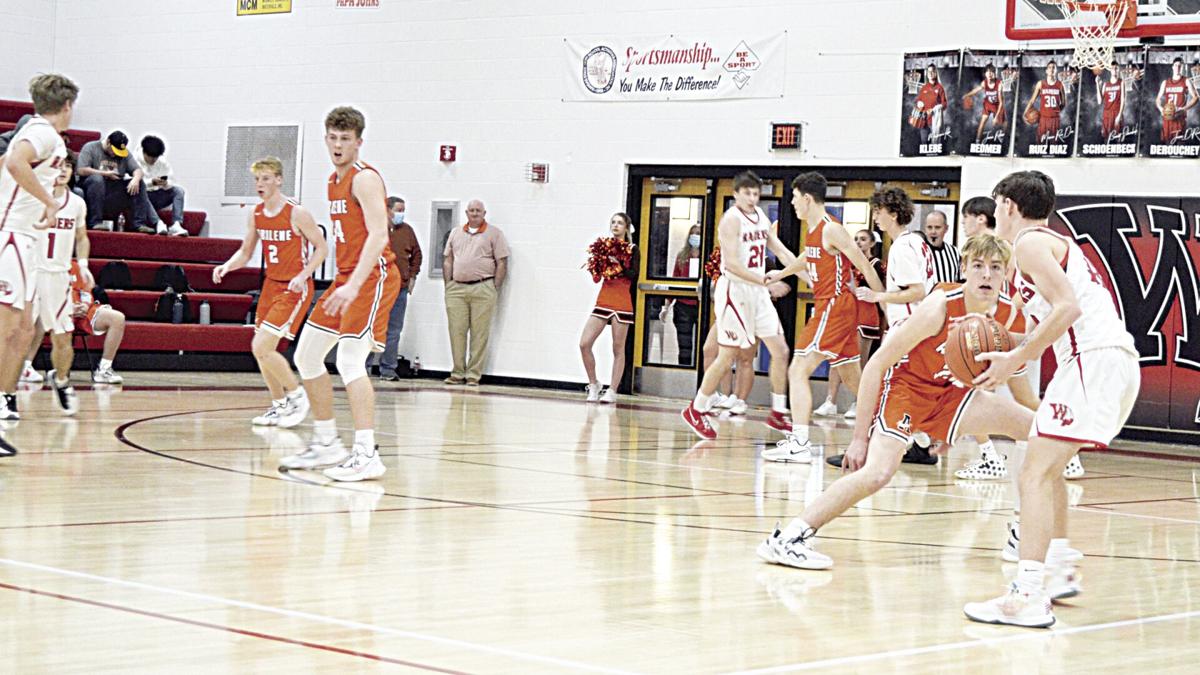 The Cowboy defense pressures the ball against Wamego as Cooper Wildey (#23) breaks down and defends the ball handler.

Brax Fisher (#13) presses the ball up court while being defended by a Wamego defender.

The Cowboy defense pressures the ball against Wamego as Cooper Wildey (#23) breaks down and defends the ball handler.

The Abilene Cowboys defeated Wamego in a thrilling triple overtime game on Tuesday night 58-52. In a game that seen excellent guard play and pressure defense from both teams, neither team would have a significant advantage over the other during the game.

The Cowboys would jump out to a 13-4 first quarter lead, and look to be in control early. Senior Cooper Wildey would start out hot, scoring 8 of his career high 15 points in the opening quarter.

Wamego would then make adjustments in the second quarter that would limit the Cowboys scoring to a pair of baskets by Kaleb Becker, and a three pointer by Thomas McClendon for a total of just 7 points in the quarter, for a 20-19 Abilene lead at halftime

Both teams defenses would hold each other in the third quarter to single digits  The Red Raiders would take their first lead of the game 27-26 on a pair of free throws at the 2:58 mark , and finish the quarter leading 29-28.

In the fourth quarter both teams would go back and forth, however the Red Raiders  looked to have control of the game leading by three points 39-36 with 15 seconds to go. An Abilene foul would then put Wamego on the free throw line shooting 2 shots to possibly ice the game. After missing both free throws the Cowboys under intense full court pressure would find Cooper Wildey in the corner for a game tying 39-39 three pointer with just 4 seconds left to send the game to overtime.

In the first overtime, both teams would score six points each with Abilene’s Brax Fisher, Becker, and a game tying basket by McClendon to send it to a second overtime.

Pressure defense and steals would then lead to the only 4 points scored in the second overtime for the Cowboys. A steal and basket by Grant Waite, would give Abilene the lead at 47-45. Wamego would then answer with a pair of baskets, before Kaleb Becker would steal and score a basket to wrap up the scoring 49-49. The third overtime quarter would then see one of the biggest shots of the night. Grant Waite would hit a three pointer for a 52-49 lead, and go on to score five of his seven game points in the third overtime. The Cowboys would then be forced to make free throws the rest of the game, and Waite, Becker  and Fisher all converted to help close out the game 58-52.

Coach Erik Graefe commented on the game: “Everyone played well and helped us win this game tonight. I’m so proud of the guys not quitting and getting down when it didn’t look promising  for us at one point tonight. We’re fortunate to win this one tonight. It’s so tough to get a win here on their court. Kaleb was Kaleb tonight and he did a great job tonight both offensively and defensively on an equally good player for them. Brax really stepped up tonight at guard. We know that their point guard is extremely good and quick,  Brax never backed down and played aggressively step for step with him all night.

The Cowboys were led in scoring by Kaleb Becker with a game high 19 points, and Cooper Wildey with a career high 15 points.

The Cowboys now 6-2 , and 3-1 in the NCKL will next host Clay Center on Friday night.