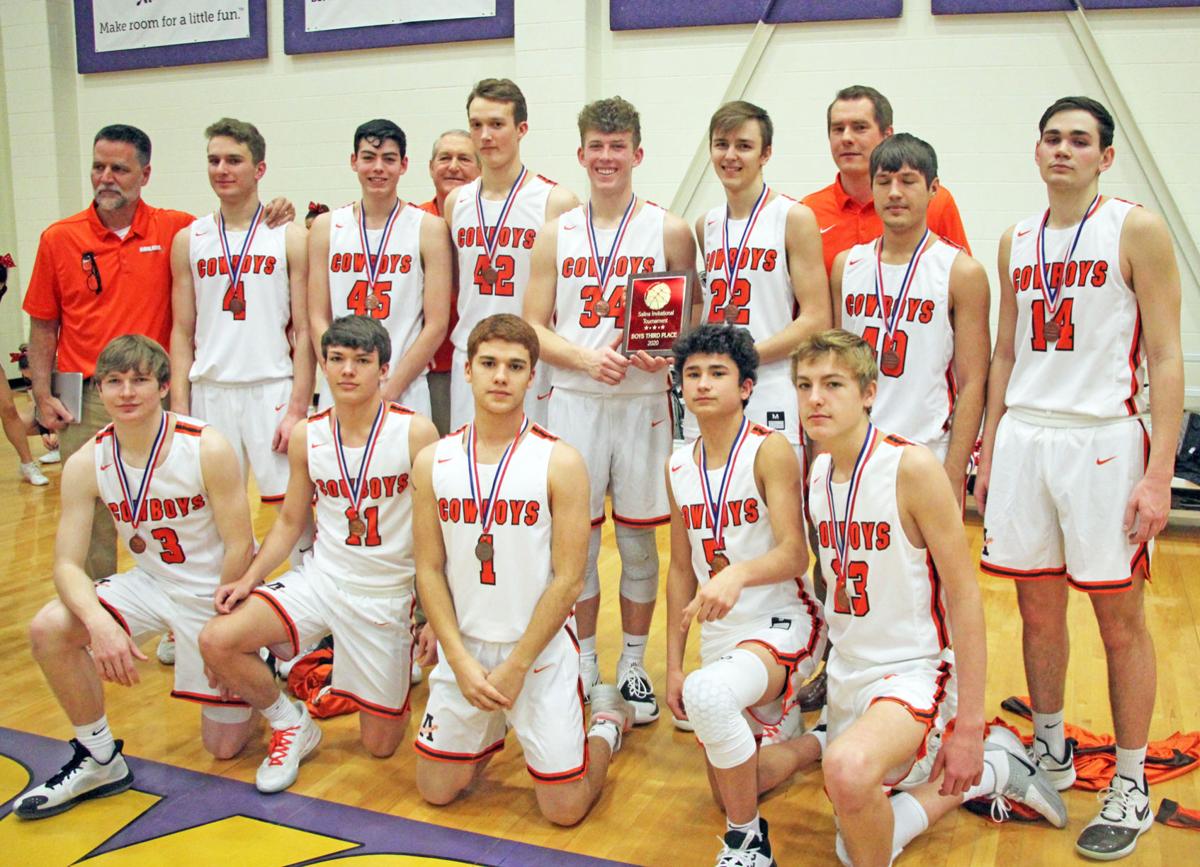 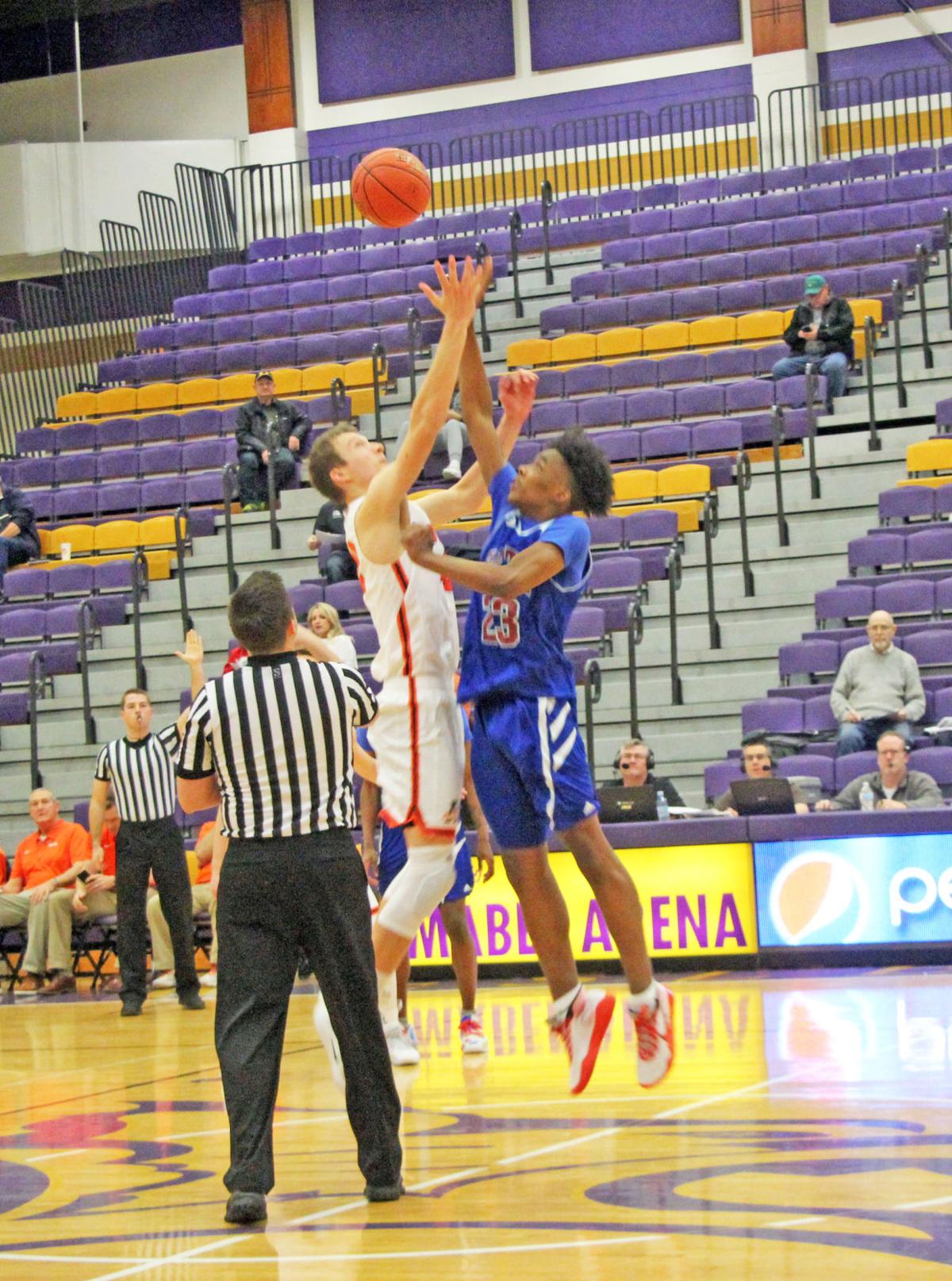 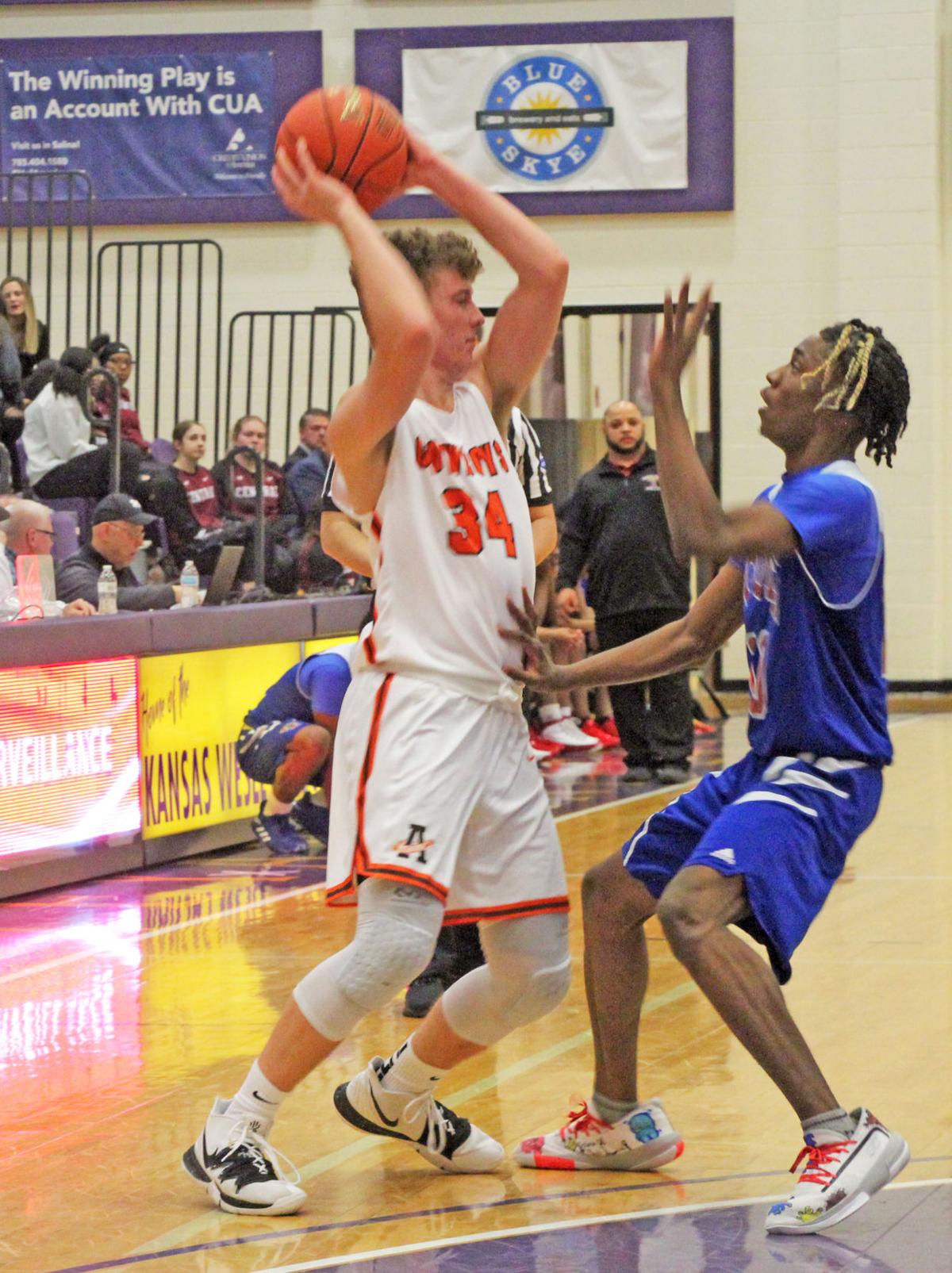 SALINA – Trying to hold off a charging Wichita South team late in the fourth quarter, the Abilene Cowboys sighed a big breath of relief as they defeated South 50-47 to claim third place at the Salina Invitational Tournament.

The Cowboys led the entire game and even broke out to a 6-0 run in the first quarter that eventually built to 14-point lead early in the fourth. Abilene had a nice 13-1 run to end the first half and take a 38-24 lead into halftime.

Abilene led 45-31 at the 5:05 mark but then the Titans rattled off nine unanswered to bring the score to 45-40 at the 2:18 mark in the game. The Cowboys only shot 50% at the free throw line late in the contest that enabled the Titans to hit two field goals and a big three to pull within one at 48-47. South outscored Abilene 23-12 in the final eight minutes.

With 16.4 seconds on the clock senior Travis Beetch netted two tosses from the line to push Abilene to the three-point advantage. South drove the ball the length of the court and following a time out, took a shot from the top of the key that bounced off the front of the rim into the arms of Abilene’s Josh Stuber, who held the ball securely until the horn sounded.

Abilene played solid tight defense throughout much of the game and their stifling man defense limited the Titans to five first quarter points and only seven in the third period.

Beetch led all scorers with a game high 21 points. Sophomore Kaleb Becker finished with 12 for the Cowboys and junior Avery Bryson had seven.