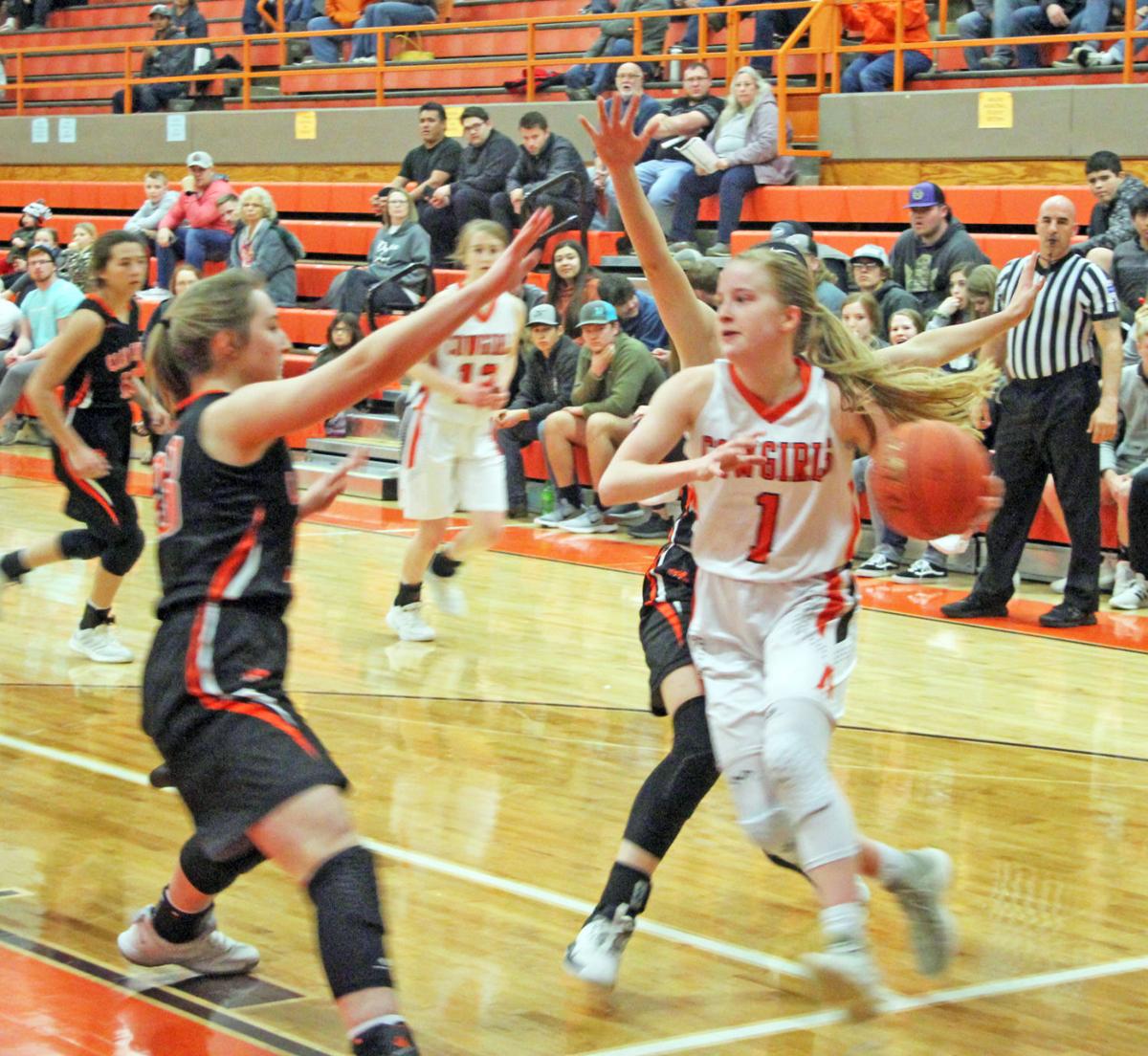 Abilene's Beth Holmes scores a career high 31 points as the Cowgirls fought to come back against the NCKL leading Clay Center Tigers. 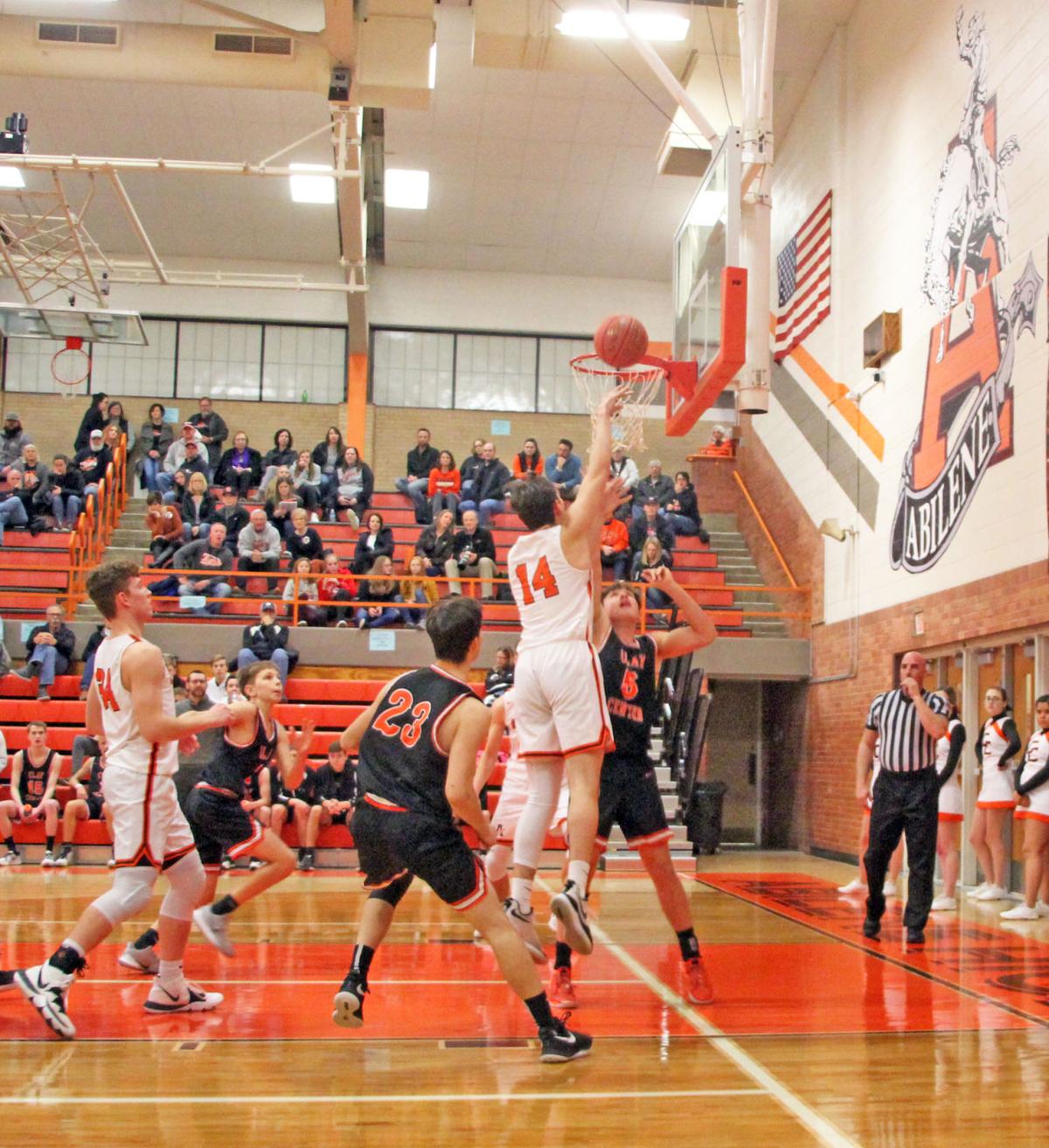 Abilene's Avery Bryson shoots a layup in first half action against Clay Center on Monday night in Abilene.

Abilene's Beth Holmes scores a career high 31 points as the Cowgirls fought to come back against the NCKL leading Clay Center Tigers.

Abilene's Avery Bryson shoots a layup in first half action against Clay Center on Monday night in Abilene.

The Abilene Cowboys had to hold off a Clay Center Tiger basketball team that had a night shooting threes in the 52-45 Cowboy win Monday night.

The two teams played even through the first quarter before the Cowboys surged ahead 33-20 at half time as senior Travis Beetch scored 12 of his game high 19 to lead Abilene in the North Central Kansas League win.

Clay Center outscored the Cowboys in the second half 24 – 19 but Abilene prevailed down the stretch. Abilene sophomore Kaleb Becker finished with 14 points in the win.

The Cowboys improved to 8-5 on the season and will travel to Marysville Friday for a huge league game against the Bulldogs. Marysville won the first meeting in Abilene.

In the Cowgirl game, Abilene senior Beth Holmes put her team on her back as she led her Cowgirls in a determined come back rally against the number one team in the NCKL. Holmes scored a career high 31 points but the Cowgirls fell 52-41 against the unbeaten in league play Lady Tigers.

Clay Center jumped out to a 31-11 half time score but Holmes and her teammates came hustling and scratching and clawing at the Tigers. Abilene out scored Clay Center 30-21 over the final two quarters.

Abilene goes to 5-8 on the season and heads to Marysville Friday. Clay Center is 9-4 and will play at Chapman on Tuesday.