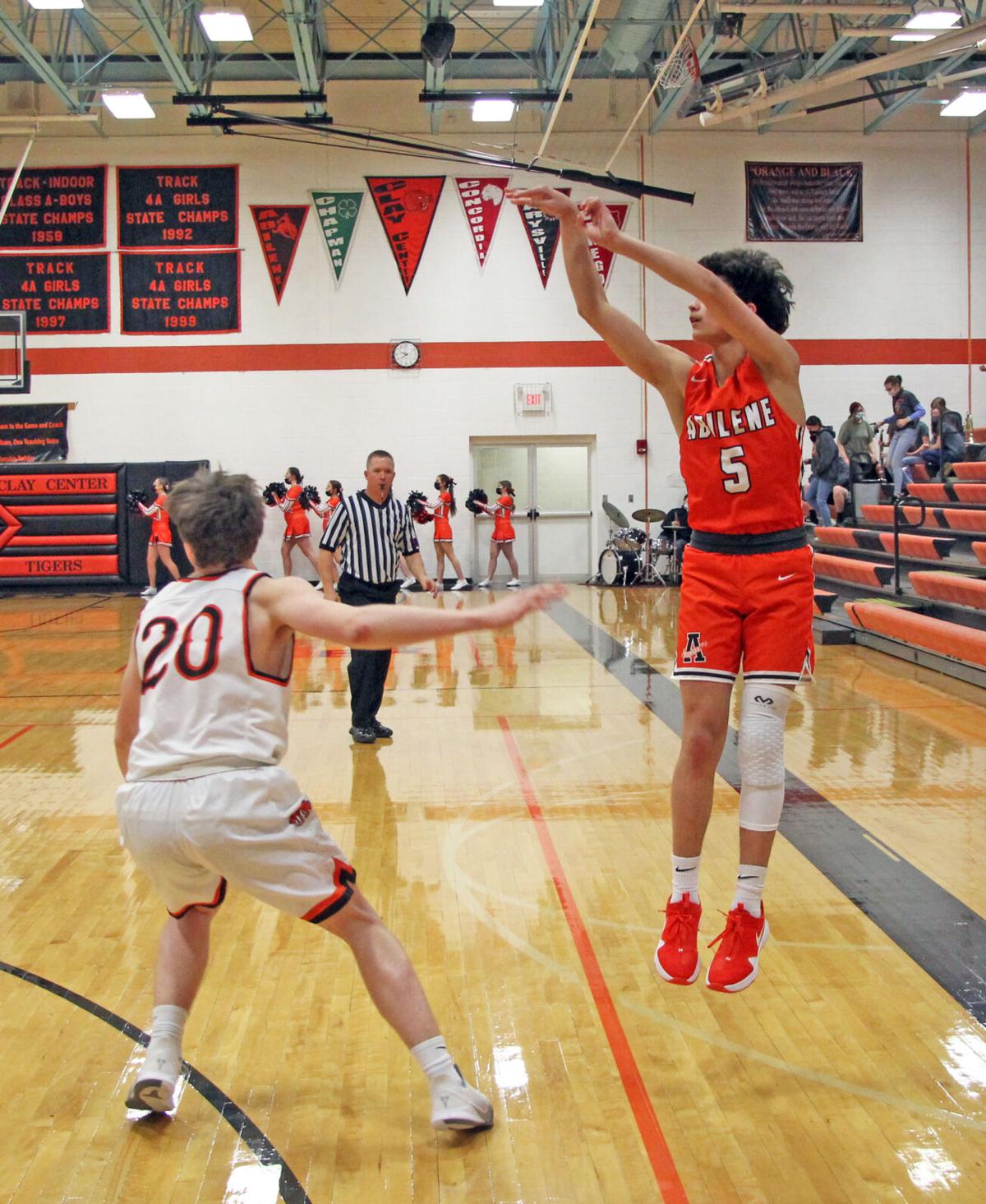 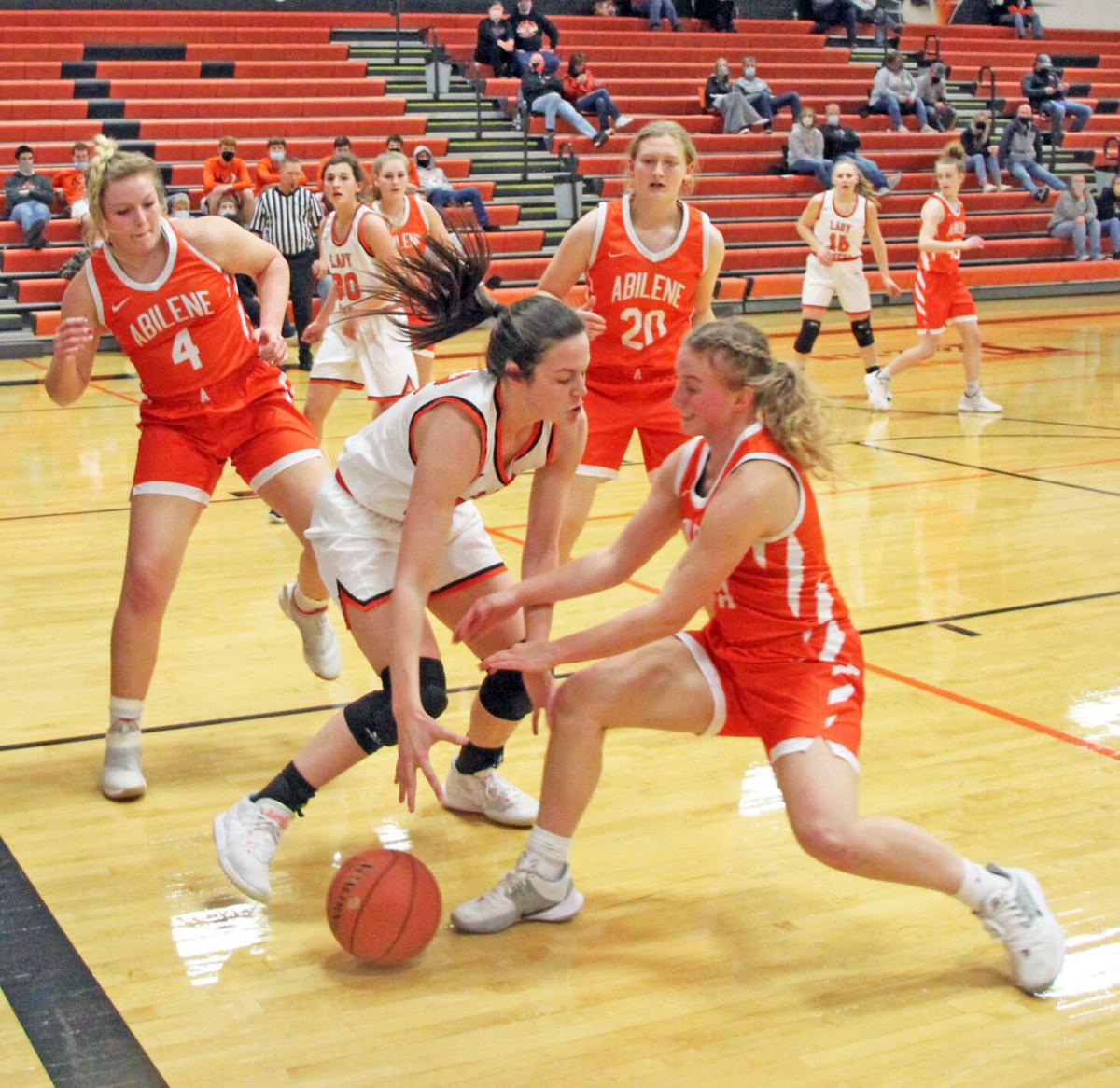 CLAY CENTER – The Abilene Cowboys led by 18 points at half-time after dropping 27 second-quarter points on the Clay Center Tigers but the scrappy one-win team did not go away and clawed their way back into a nail biting finish as Abilene snuck out of Clay Center with a 56-52 NCKL win on Friday.

The pesky Tigers came out with more enthusiasm than the Cowboys in this contest. Normally not a three-point making team, the Tigers connected for eight against Abilene Friday night and had the Cowboys on their heels the entire second half.

The difference in this game came at the free throw line where the Cowboys were 17 of 23 compared to 4 of 11 for the Tigers. In fact the Cowboys maintained the lead and got the win by going 8 of 13 in the fourth quarter alone.

Abilene’s Kaleb Becker led all scorers with 17 points. Avery Bryson finished with 16 and Blaise McVan popped in 10 for the Cowboys. Clay Center had three players in double figures as senior Blake Frederick had 15 while sophomore Mark Hoffman had 11 and senior Lucas Rosenow added 10.

Clay Center opened the fourth quarter on an 11-2 run and Frederick had a three with 2:35 left to play that brought the Tigers within one at 50-49. Abilene hit six of eight from the stripe and held Clay Center off the scoreboard until there was 11.9 seconds left when Hoffman hit his second three of the night to pull with three. McVan added a free throw for the Cowboy win.

Abilene is 4-2 and will host Chapman (1-1) Monday night before playing three games in the Salina Invitational Tournament beginning Thursday with an afternoon game against Concordia.

The Cowgirls are still looking for their first win of the season but Friday they put a scare into the fourth ranked team in the state as they battled the Lady Tigers 21-34 in the first game of the night.

The Cowgirls defended the Lady Tigers to a season low four points in the opening quarter and Abilene took a 5-4 first quarter advantage to the second period. Even though the Lady Tigers worked their way back into the lead, they only led by seven at the break.

The Cowgirls held the Lady Tiger scoring machine in check for most of the game before running out of gas late in the fourth quarter. Clay Center improved to 6-0 on the year but Abilene held them to their lowest scoring output yet.

Abilene had seven players reach the scoreboard with seniors Abi Lillard and Allison Liby leading the way with five points each. Clay Center senior Clara Edwards paced the Tigers with 20 of the team total 34. Two other shooters accounted for the other 14 points.

The Cowgirls will face 0-2 Chapman Monday night before heading to the SIT in Salina beginning Thursday.