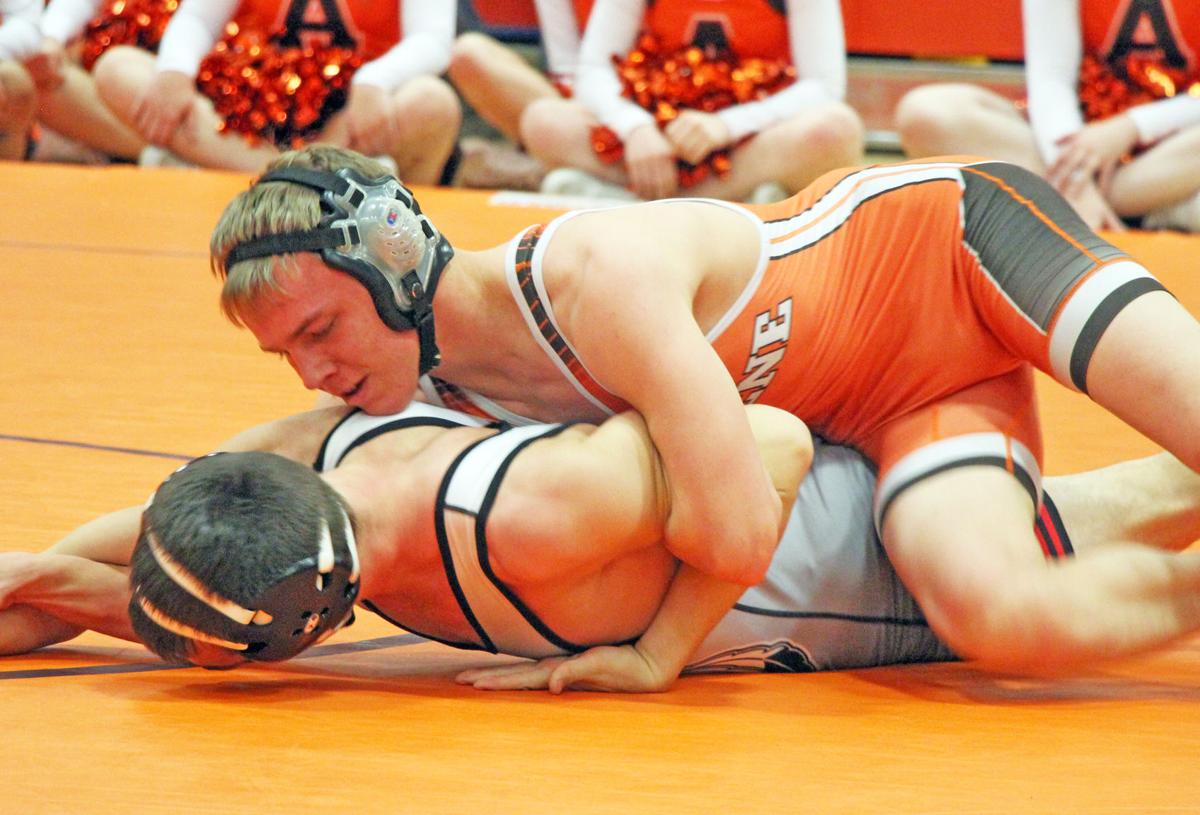 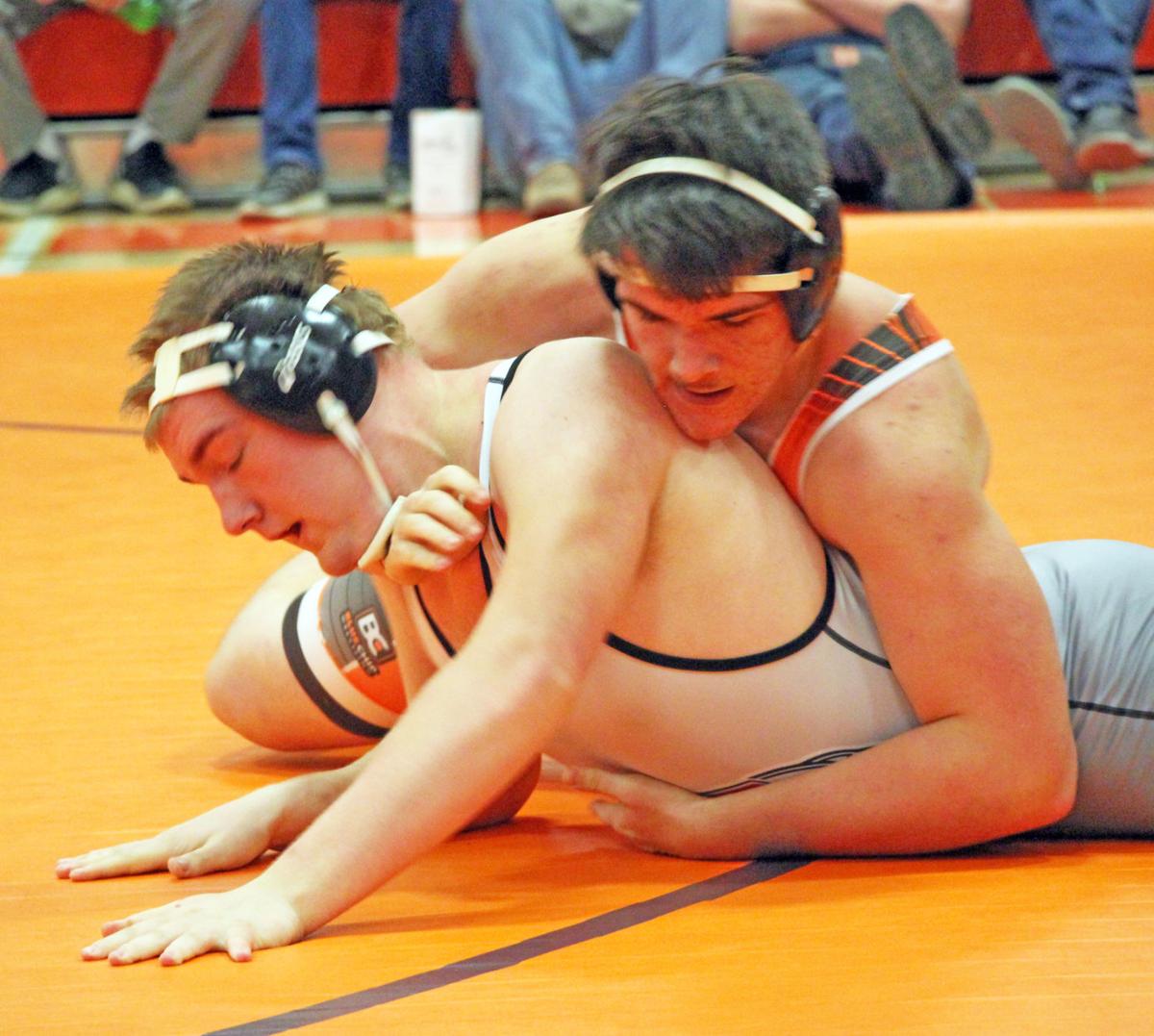 Wrestling up a full weight class, Abilene senior Will Stroda matched up against a state placer from Wamego, Drew Brown, with Stroda getting a win by fall as the Cowboys won the season opening duel against the Red Raiders 45-24.

“I am confident in our guys and their abilities,” Stout said following the match. “We wrestled some kids up a weight class in the middle of our line-up that we maybe over extended ourselves a little bit, but it’s early and we are learning about our kids. This will give us something to work toward. Some times taking a loss early in the season can help them individually and give them something to work on. We are fairly happy with the way the night went tonight.”

Following Stroda at 138 was freshman Braden Wilson taking on state ranked Adler Pierson. Pierson is ranked third in Class 4A at 145 in the pre-season rankings. The Red Raider won by a 10-1 decision to bring the team score to 21-6 in favor of the Cowboys.

Wamego won the next four matches each by a pin to take a short-lived lead at 24-21. Red Raider Isaac Meyer won by fall over freshman Aidan Henely at 145. Both squads were open at 152 and Hayden Oviatt pinned Abilene’s Jackson Randles at 160 as Randles wrestled up a full weight class. Next, Ryan Ericson pinned Abilene junior Trenton Wuthnow at 170 for the brief three-point team lead.

“Jackson wrestled up a weight class as well tonight,” Stout said. “That was two really good wrestlers in that match and Jackson got a little over sized. Oviatt is taller and lanky. Jackson was the aggressor early in the match and maybe that hindered him in the end. We are proud of Jackson. He has done a great job for us. We probably just over extended him just a little by moving up a weight tonight.”

Finally, senior Adam Henely got a win by forfeiture at 285 to end the duel and give the Cowboys a 45-24 North Central Kansas League team win.

“It’s early,” Stout said. “We know we have a lot of things to work on with the limited number of practices we have had to begin the year. We will get there. It was still a pretty nice performance overall.”

There were no girls’ matches Thursday night.

The Cowboys will head to Wamego Saturday morning for the first tournament action of the season.

“We are excited to get out and wrestle some more teams,” Stout said. “We are thankful to go tonight at home and we are going to be ready to go on Saturday.”