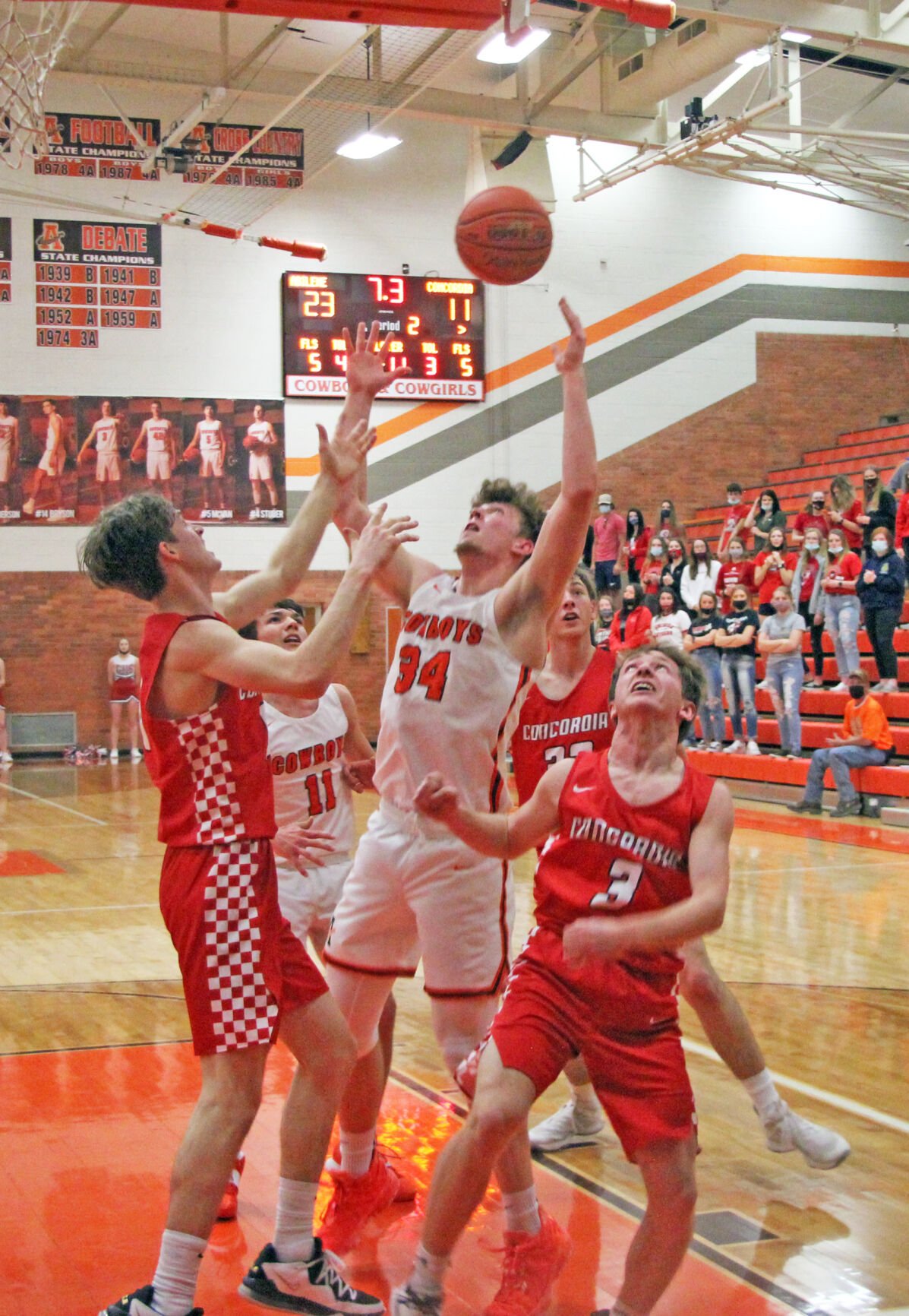 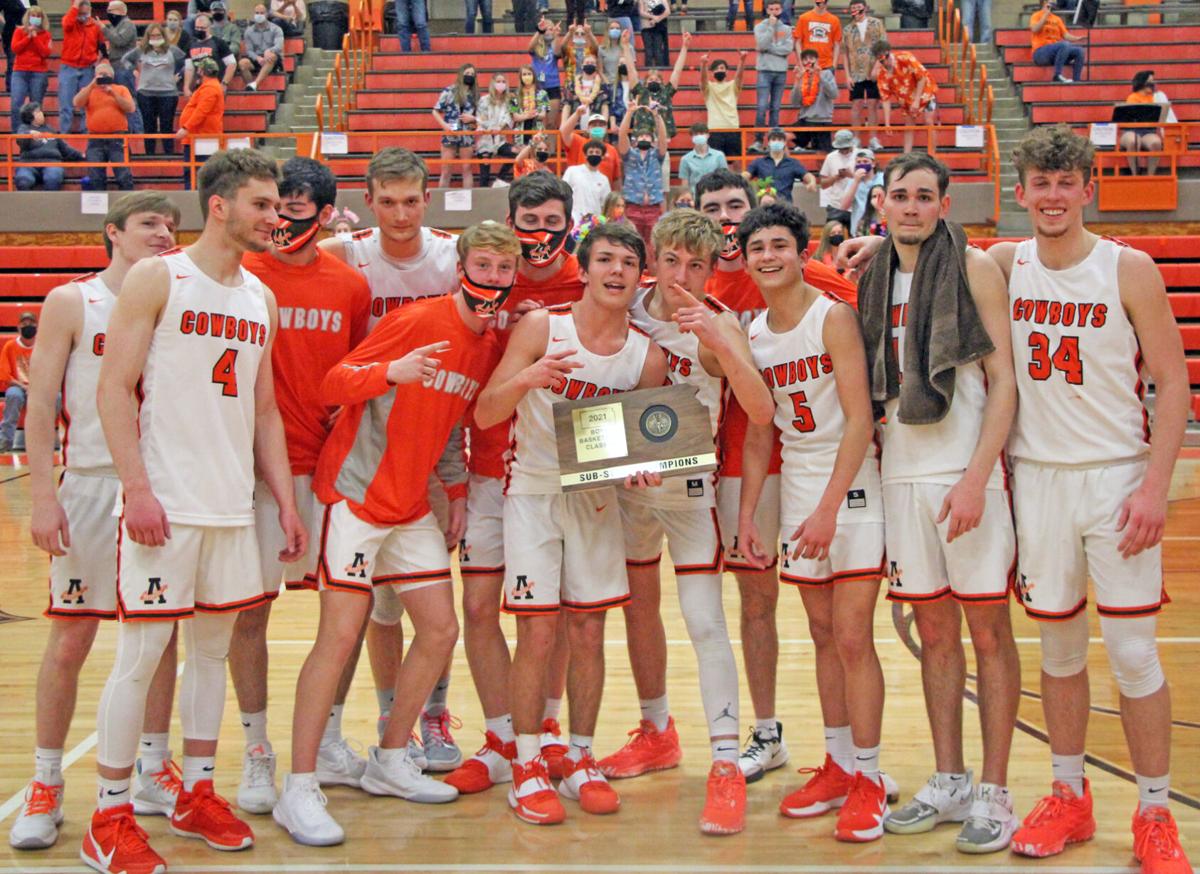 The Abilene Cowboys punched their ticket to the Class 4A State Basketball Tournament with a 38-34 victory over the Concordia Panthers Friday night in Abilene.

Abilene jumped out quick to a 15-6 first quarter lead and then added 10 points in the second quarter to go up by 14 points at the break 25-11.

Concordia came out in the second half with a nothing to lose attitude and put all the pressure right on the Cowboys. Avery Bryson scored two quick baskets for Abilene but then Concordia outscored the Cowboys 8-1 to end the third period.

With the Cowboys leading by seven headed to the fourth, Cooper Wildey fought hard for a bucket and Jaylen West and Kaleb Becker made free throws as Abilene extended its lead to 10 at 35-25 with two and one half minutes to play.

Concordia senior Wyatt Trost went to work for Concordia scoring two baskets and getting the ball inside to Panther big man Chase Parker. Parker pulled Concordia within six with a nice bucket on a put back rebound. Freshman Joseph Henderson came off the bench to shoot a dagger from outside and all of a sudden the game was within four with 7.9 seconds left.

The Cowboys were held to one field goal in the fourth quarter and were shaky at the free throw going 6 of 15 in the final eight minutes.

Abilene had a big defensive first half when they were scoring ball but Concordia found cracks to score in the second half.

Senior Blaise McVan was high point for the Cowboys with nine points while Becker finished with eight points and Stuber and West had seven each.

Parker had a game high 10 points to lead Concordia and Trost ended with eight.

Abilene will host McPherson on Monday in the State Quarterfinals. McPherson defeated Buhler 57-54 in Buhler to advance.