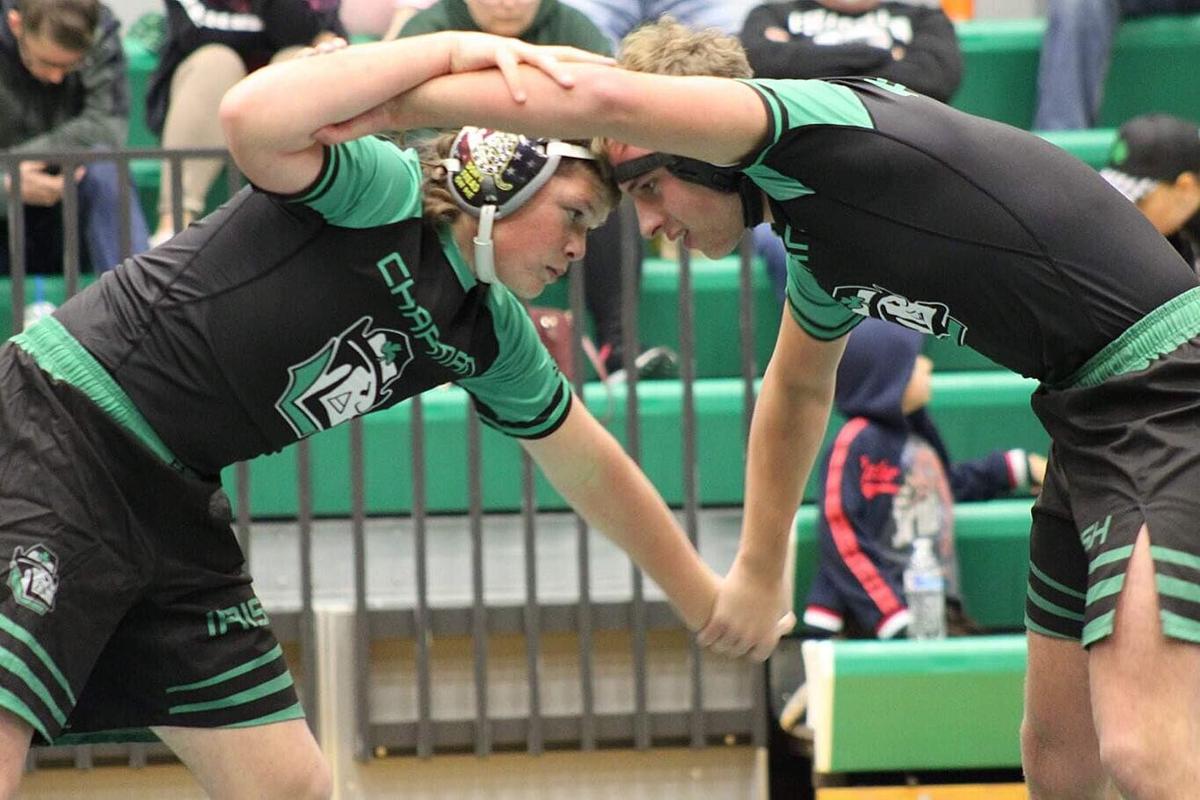 Augustus Johns (left) and Paul Cooper (right) wrestle each other. 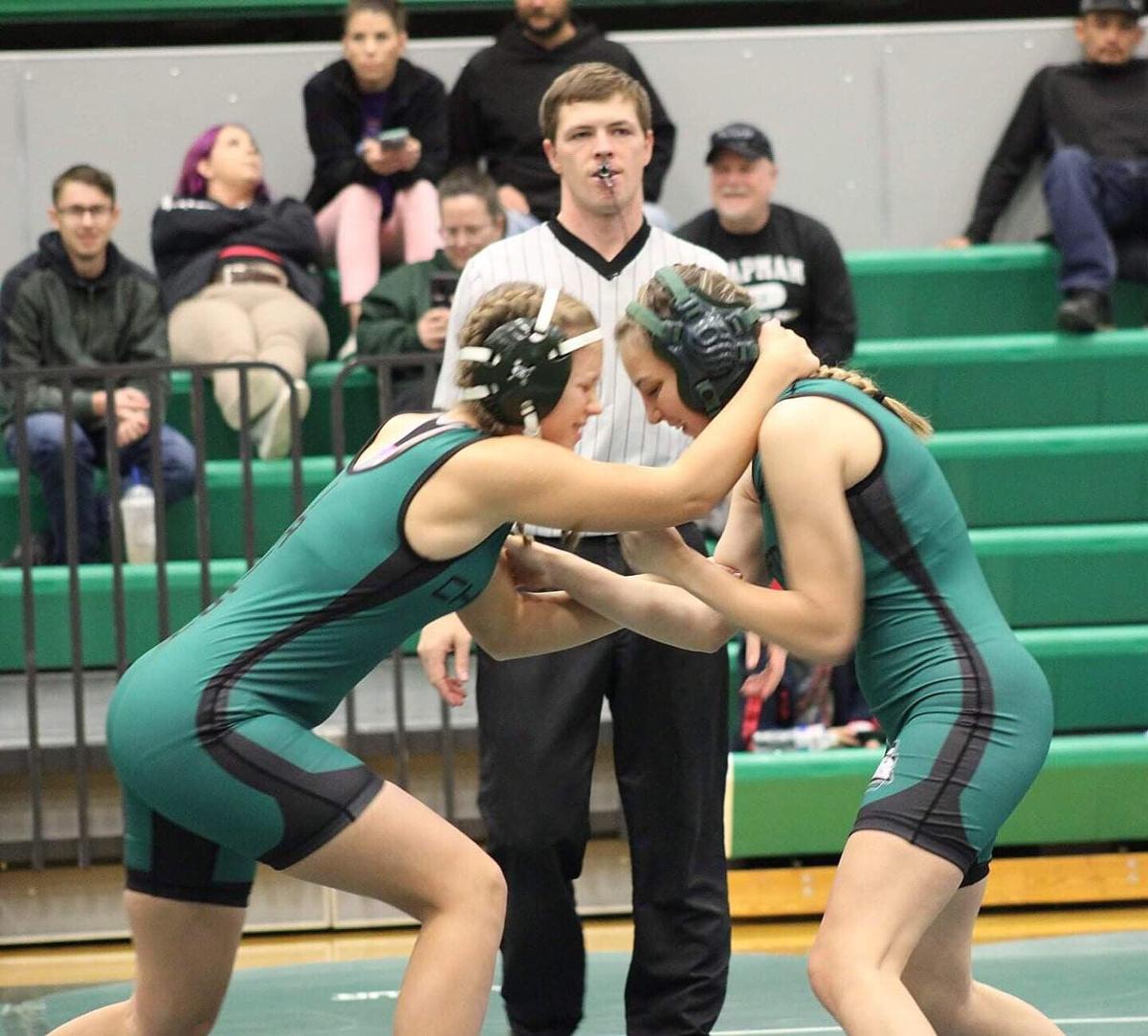 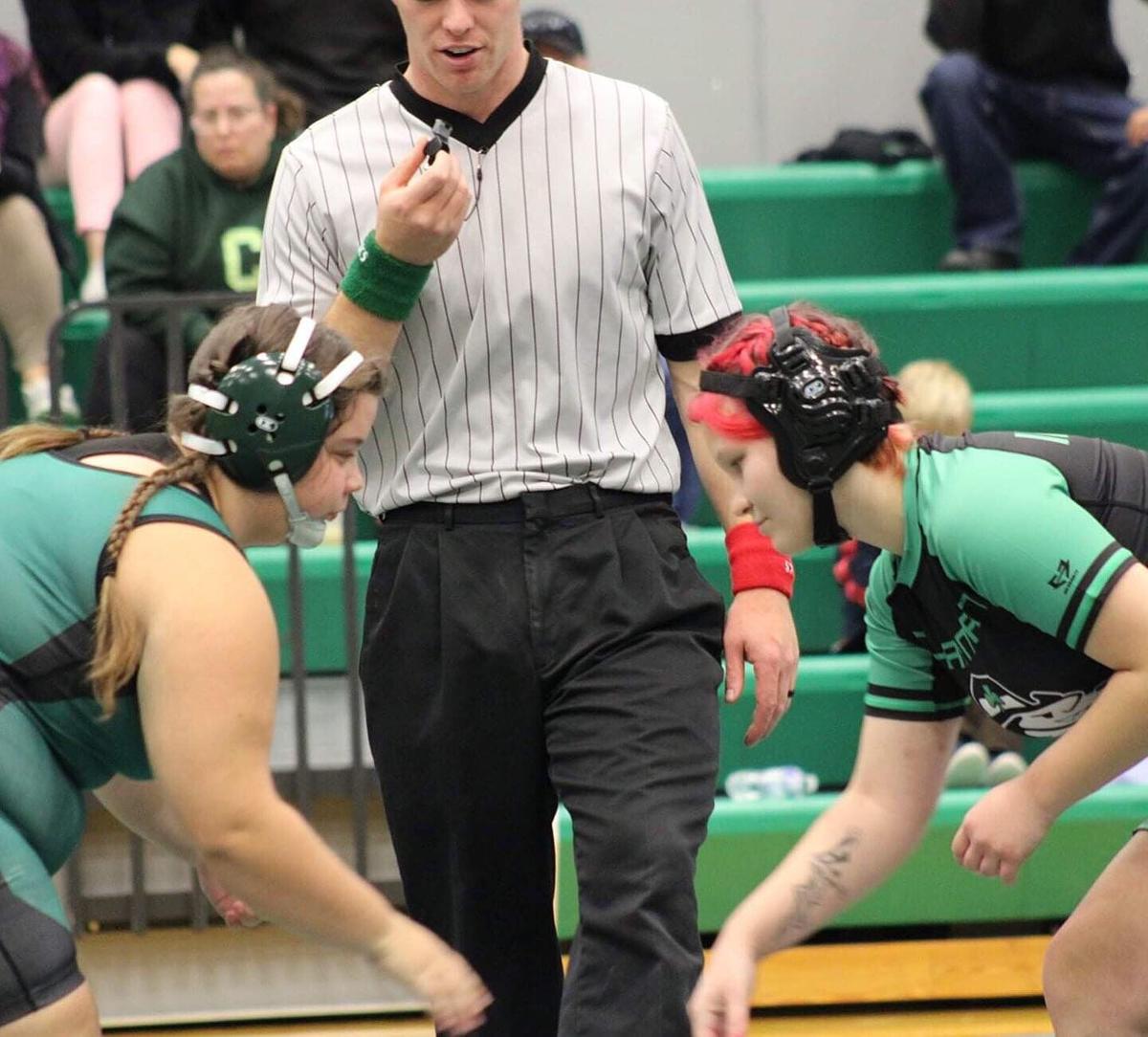 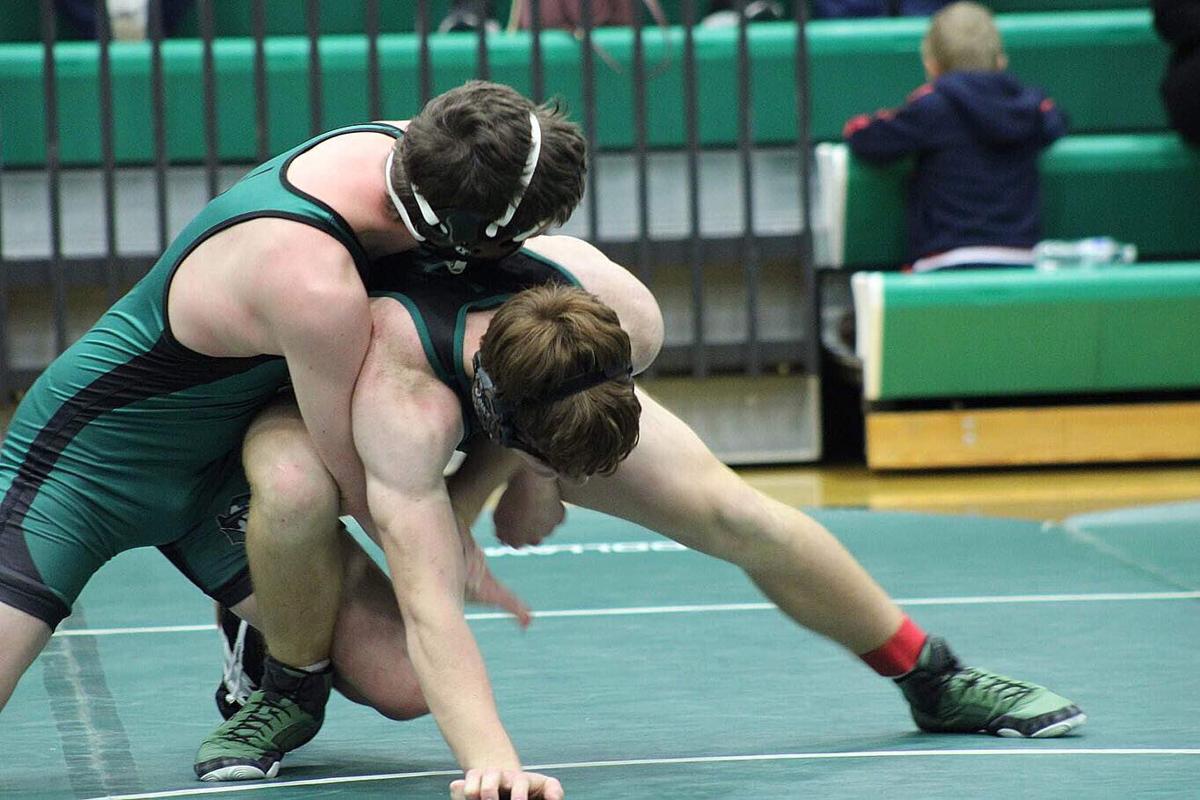 Augustus Johns (left) and Paul Cooper (right) wrestle each other.

Chapman High School wrestlers held their Green and White scrimmage Nov. 20.  It was the first time in a few years that CHS was able to have a preseason scrimmage, according to Head Wrestling Coach Zach Lucas.

The day was hosted like any other dual: weigh-ins and skin checks one hour before the start, a rules meeting, and general tomfoolery by the Irish, he said. This year’s scrimmage saw a total of 15 matches, which shows how much the team has grown, Lucas said. In total, the Irish teams house 27 boys and 11 girls.

“It has been hard to hold practice with this number of wrestlers (because our wrestling room wasn’t built for this many wrestlers), but we make it work,” Lucas said.

“There were some amazing matches by these guys, and they really showcased their skills,” Lucas said. “I’m impressed by their work ethic and their growth from last year.”On the girls side, each and every one of the Lady Irish that wrestled made an impact on the crowd.  Chelsey Armbruster (235 Sr) was the lone returner that wrestled on Saturday (Grace Johns (170 So) had prior engagements).  Lillian Shipman (191 Jr), Niela Thomas (143 So), Kamryn Phillips (143 So), Taya Rowley (132 Fr), Catherine Mitchell (120 Jr), Morgan Welling (120 So), and Mena Mann (101 Jr) were all first-year wrestlers for CHS.  It’s important to have these matches so that they get all of their “jitters” out of the way before we get into competition, Lucas said.

“I really thought they did an amazing job for being greenhorns,” he said. “Overall, it was a great day for the Irish and Lady Irish!”