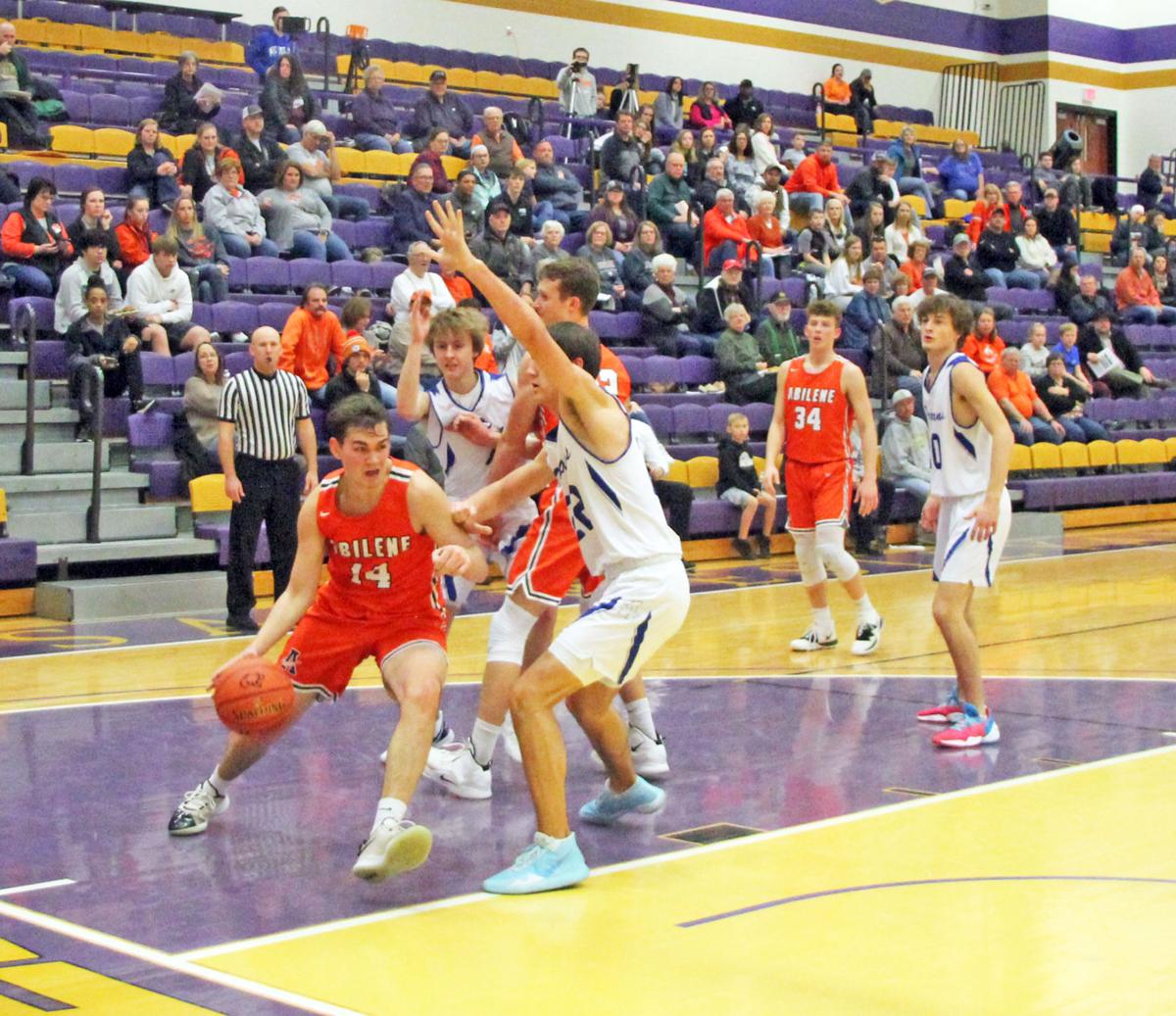 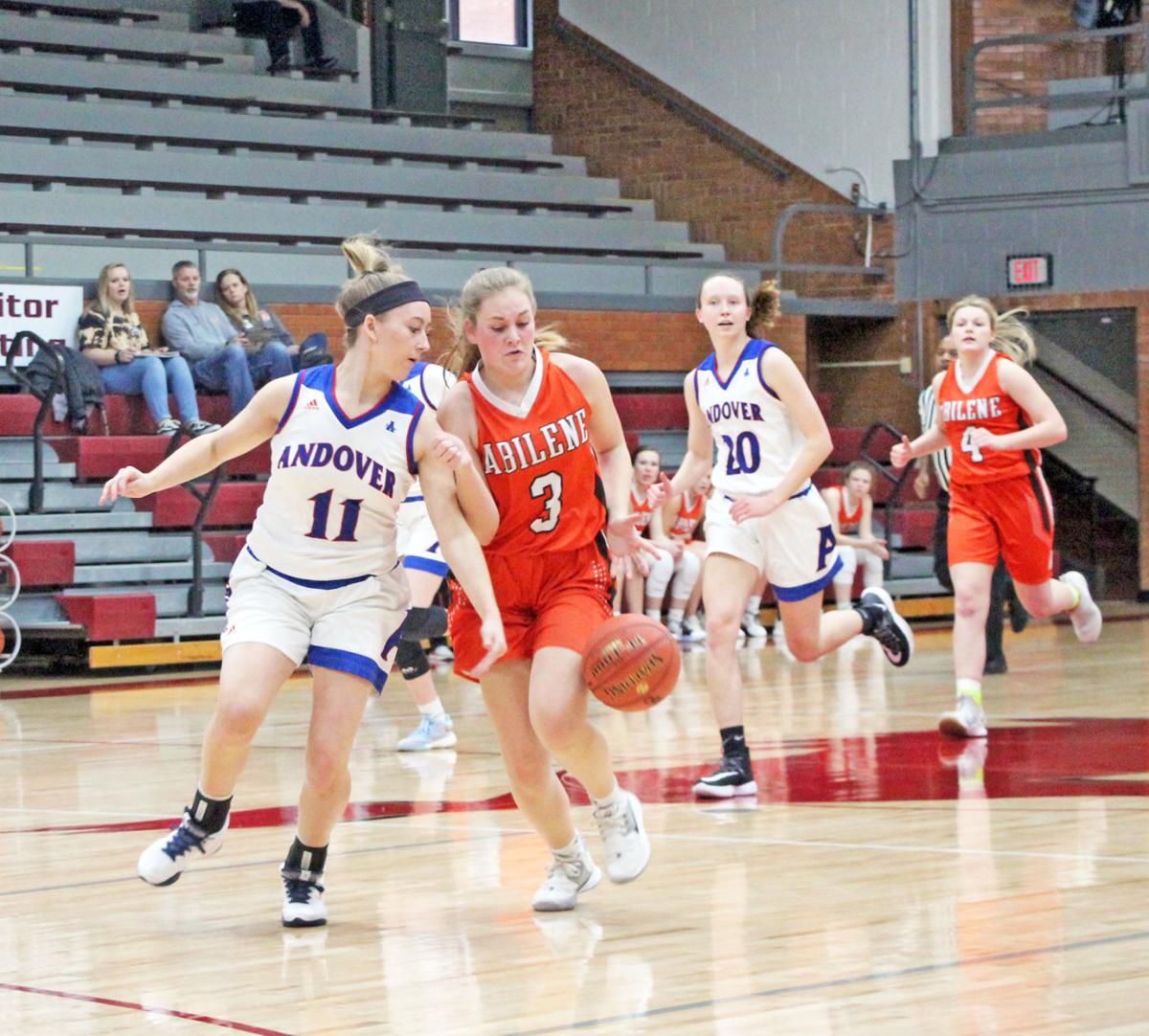 The Cowgirls went down 53-33 to the Lady Trojans at Central High School and at Maybee Arena the Cowboys lost 63-50.

In boys’ action, the Cowboys stayed with the number one seed Andover until midway through the third period. Opening the third quarter with a one-point lead, Andover finished with an 11-0 run to overcome an Abilene lead of 36-33 to go up 44 to 36. Senior Harper Jonas had back-to-back layups followed by a trey and then got help from two other scorers to take the eight-point advantage into the final period.

Andover went on to lead by as many as 15 points at 56-41 halfway through the quarter before the Cowboys made a six point flurry to get the score under ten points. Jonas and junior guard Jack Johnson ran off eight unanswered to close out the game for the 63-50 win.

Johnson led all scorers with 26 points with Jonas having 14. Sophomore Kaleb Becker with a career high 19 led the Cowboys while Travis Beetch finished with 12 and Avery Bryson had 10.

The Cowboys will play for third place tomorrow at 3:30 p.m. at Maybee Arena against either Salina South or Wichita South.

The Cowgirls found a taller team that had success in shooting three balls against Abilene. The Lady Trojans made seven threes in the game as they kept the pressure on the Cowgirls. Trailing 23-17 at halftime, Abilene was held without a point in the third quarter while Andover rattled off another 18 to go up 41-17 heading to the final eight minutes.

Abilene’s Abi Lillard connected on four buckets beneath the rim and Jade Vopat sunk a couple of layups in the Cowgirls’ 16 point fourth quarter. The Cowgirls struggled at the free throw line going nine for 23 on the night.

Lillard scored 12 points to lead Abilene with Beth Holmes having nine and Jenna Hayes and Vopat finishing with six each.

Andover junior Mallory Woolston finished with a game 19 while senior Allison Day had 10.