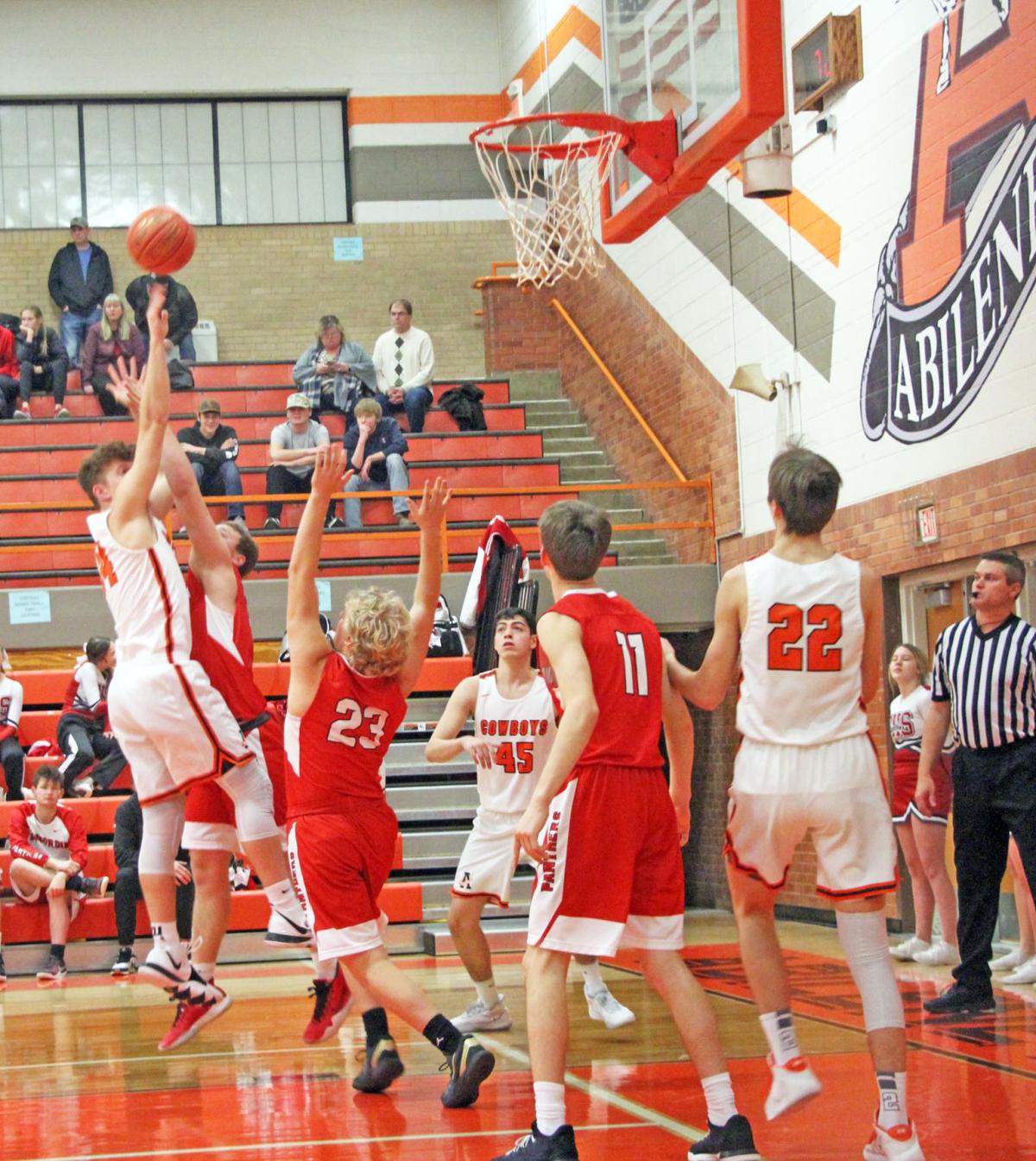 The Abilene Cowboys completed the sweep of the Concordia Panthers with a 60-38 win Tuesday in Abilene. Abilene improved to 7-4 and 4-1 in conference play. 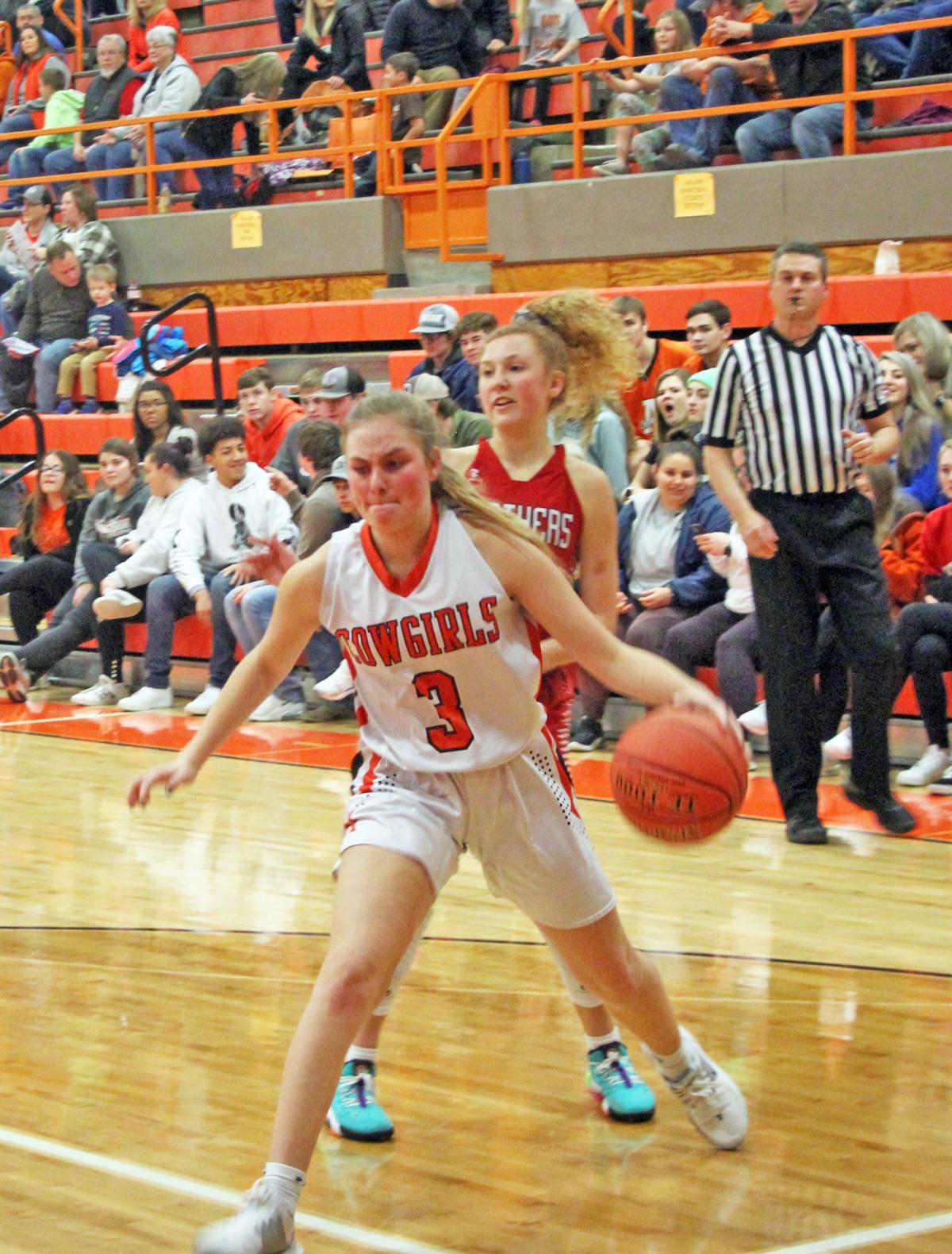 Abilene's Abi lillard (3) drives past her Concordia opponent on the way to the basket in the Cowgirls' 39-20 win Tuesday night in Abilene.

The Abilene Cowboys completed the sweep of the Concordia Panthers with a 60-38 win Tuesday in Abilene. Abilene improved to 7-4 and 4-1 in conference play.

Abilene's Abi lillard (3) drives past her Concordia opponent on the way to the basket in the Cowgirls' 39-20 win Tuesday night in Abilene.

The Abilene Cowgirls got their third win of the season over the Concordia Panthers 39-20, as they hosted the NCKL opponent Tuesday night at AHS.

The Cowgirls having just defeated the Lady Panthers in the final game of the Salina Invitational on Saturday, got their second NCKL win over the team Tuesday for a three-game sweep this season. Abilene jumped out to a 16-5 first half lead as they held Concordia scoreless in the first quarter.

The Cowgirls out scored the Panthers in every period on their way to the 19-point victory. Senior Beth Holmes led all scorers with 14 while fellow senior Jade Vopat had a hot hand on Tuesday scoring nine points for the Cowgirls. Junior Abi Lillard had eight points and Jenna Hayes finished with four.

Concordia was led by junior Kendall Reynolds with nine points.

The Cowgirls improved to 5-6 on the year and 2-3 in conference play while Concordia fell to 1-9 and 1-3 in the league.

In boy’s action, after a sluggish and flat first half the Cowboys went on a 16-0 run to open the third quarter on the way to a 60-38 win.

Both teams had problems shooting in the first half before Abilene took a 28-20 lead to the locker room at half. Avery Bryson and Travis Beetch jump-started the Cowboy run to open the third and the defense held the Panthers scoreless until the 1:39 mark.

Head coach Terry Taylor was able to get all 12 players that suited for varsity into the game on Tuesday. Beetch had 17 points to lead Abilene with Bryson chipping 10.

Concordia junior Chas Carlgren had 10 points to lead the Panthers.

Abilene improved to 7-4 on the year and they are tied with Marysville atop the conference with 4-1 records.

Abilene will host Thomas More Prep of Hays on Friday before facing Clay Center in a makeup game on Monday and then travel to Marysville on Feb. 7.