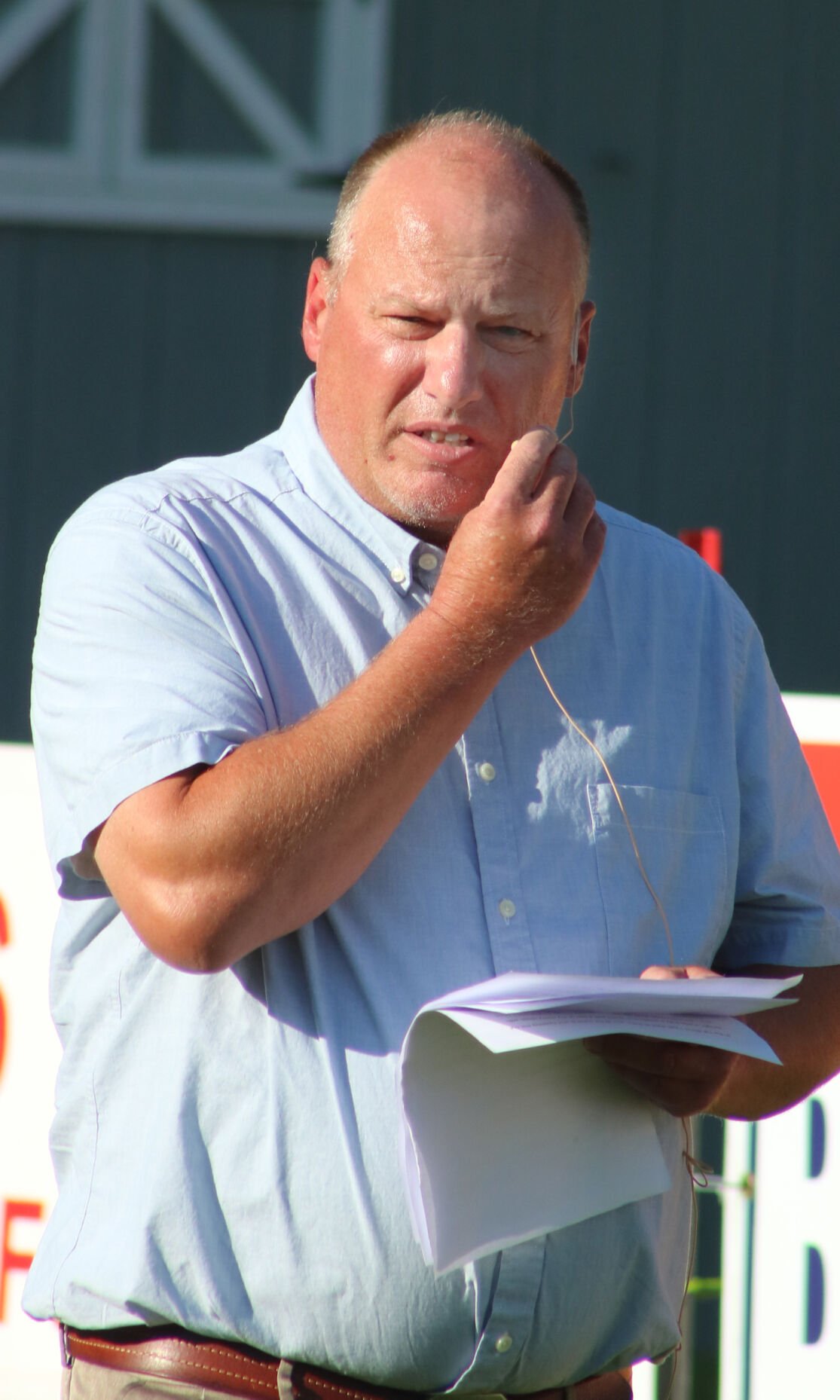 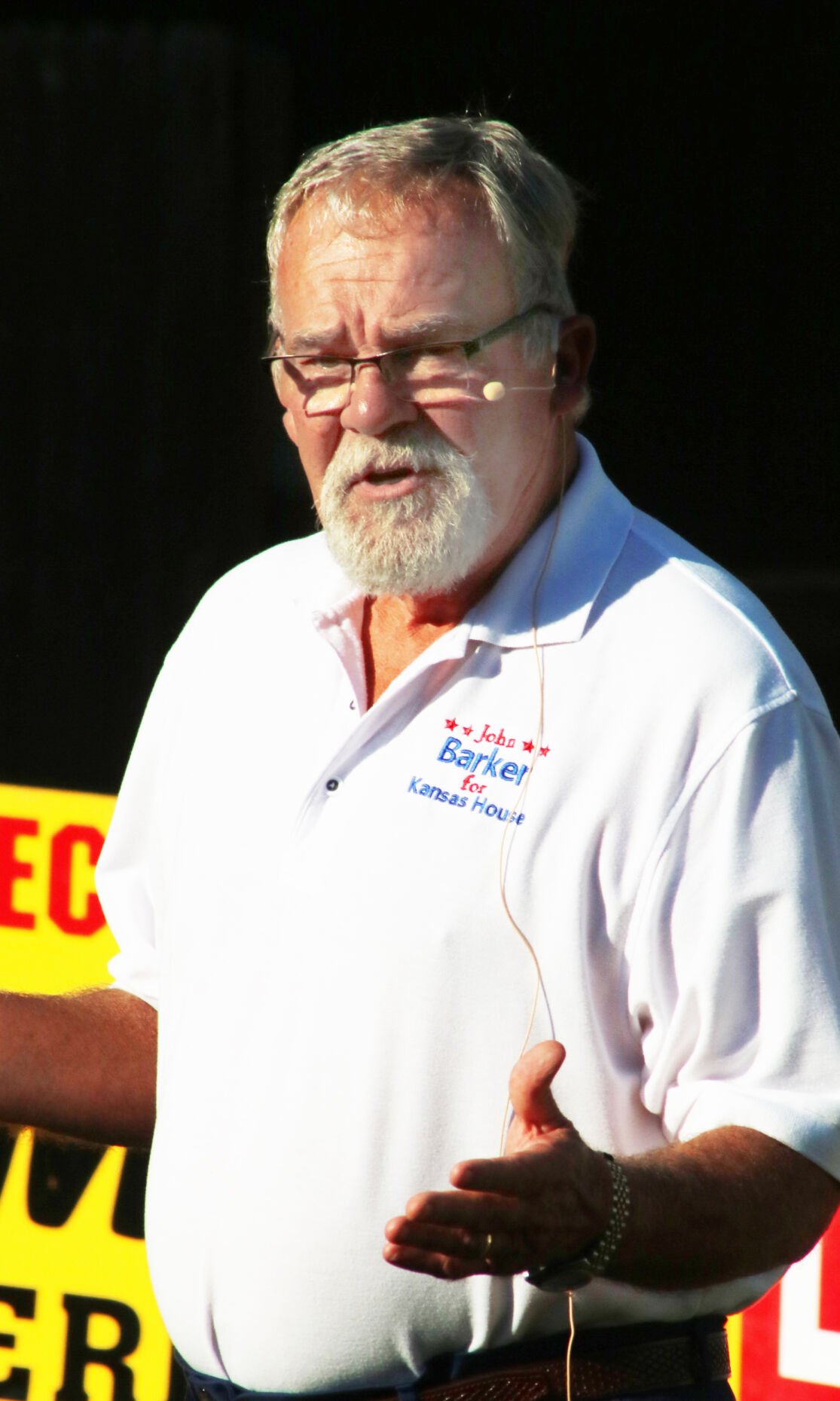 The two candidates seeking the Kansas House district 70 are incumbent John Barker of Abilene and Daniel Wasylk of Chapman.

Wasylk said he, like many others, have felt unrepresented in Topeka.

“I am fed up,” he said. “I have come to realize that it is partially our fault. We are the ones that continue to vote the same people all the time.”

He said it’s time for change in Kansas.

“We need a change in leadership in the United States of America,” he said. “If we continue to vote for the same people term after term after term and expect a change, we are not going to get it.”

He asked those attending to vote for change.

“I’m not here as a career politician who just wants to make a yearly appearance to get reelected,” he said. “I am not here to reap the rewards that come with the position. I am here because I truly want to help.”

He said he wants to help small business owners whose profits and opportunities of success were “ravaged by the shutdown.”

“I feel for our farmers and ranchers who are consistently being kicked around by our system,” he said. “I feel for the education system that can never seem to get the funding that it deserves. I want to help you. Everyone one of you. Whatever the situation, I will be there for you.

He said he would make sure that it would not be a temporary fix.

He said he would not just work on term limits but ensure they be enforced.

He said farmers and ranchers would be a primary focus.

“I’ve been very disappointed on the lack of attention on this industry here lately,” he said.

He said his first goal is to benefit the local beef industry.

“I will make sure to put legislation in place to change the game completely, not only to have our local super markets buy and sell homegrown beef but by creating a platform for all Kansas grown beef to sell in mass,” he said.

He said that will not only allow for an increase in profits for beef producers but inject life back into the Kansas economy.

He said he respects what Rep. Barker has done trying to approve sports wagering.

“But it is simply not going to get passed,” he said. “I will have a plan in place that I will guarantee you will bring millions of dollars to Kansas.”

He said he is not afraid to cross party lines to get something done.

“At the end of the day, am I a little different, am I a little more progressive than my opponent? Yes, I absolutely am,” Wasylk added. “Even in the best country on Earth, there is always room to grow and upholding the values and constitutional rights that make our country great.”

Barker was elected to the Kansas House in 2012 and reelected since.

However, he said he is not a career politician despite what his opponent has stated.

“He said for 38 years I’ve been in power,” he said. “Let’s talk about the facts. I have been in the Legislature eight years.”

He said maybe his opponent is counting the 25 years he served as a Dickinson County District Court judge which was a non-patrician position.

“I could not go to a rally like this when I was a judge. Nor could I contribute to a campaign,” he said. “Maybe he is also talking about the 13 years I served in the United States Army.”

He said he is pro-life, endorsed by Kansas for Life.

Barker said he is part owner of a cattle operation and is endorsed by the Kansas Farm Bureau and the Kansas Livestock Association.

“I stay attuned to all of their issues. They come to my office all the time,” Barker said.

He said he is a supporter of the second amendment.

The first is freedom of speech and the second priority was the second amendment.

“The NRA gave me an A rating and my opponent did not even answer their questions so he is a question mark,” Barker said.

Barker called himself a Ronald Reagan Republican and joined the party in 1980.

He said his opponent joined the party last December.

“Now he expects to be the Republican nominee for the Kansas House,” Barker said.

Barker said he is chair of the Federal and State of Affairs Committee and has chaired the Judiciary Committee as well as others.

He said when it comes to sports legislation, he called Wasylk “naive.”

“He would have to get 62 of his friends to vote with him. And then he would have to cross the aisle to the other side of the Capitol to get 21 Senators,” he said. “I will never guarantee that I will get something done. I will say I will work on it and I will work with my friends to try to get it done.”

Barker said sometimes he has guests such as Attorney General Derek Schmidt and former Lt. Gov. Tracey Mann and others on the show.