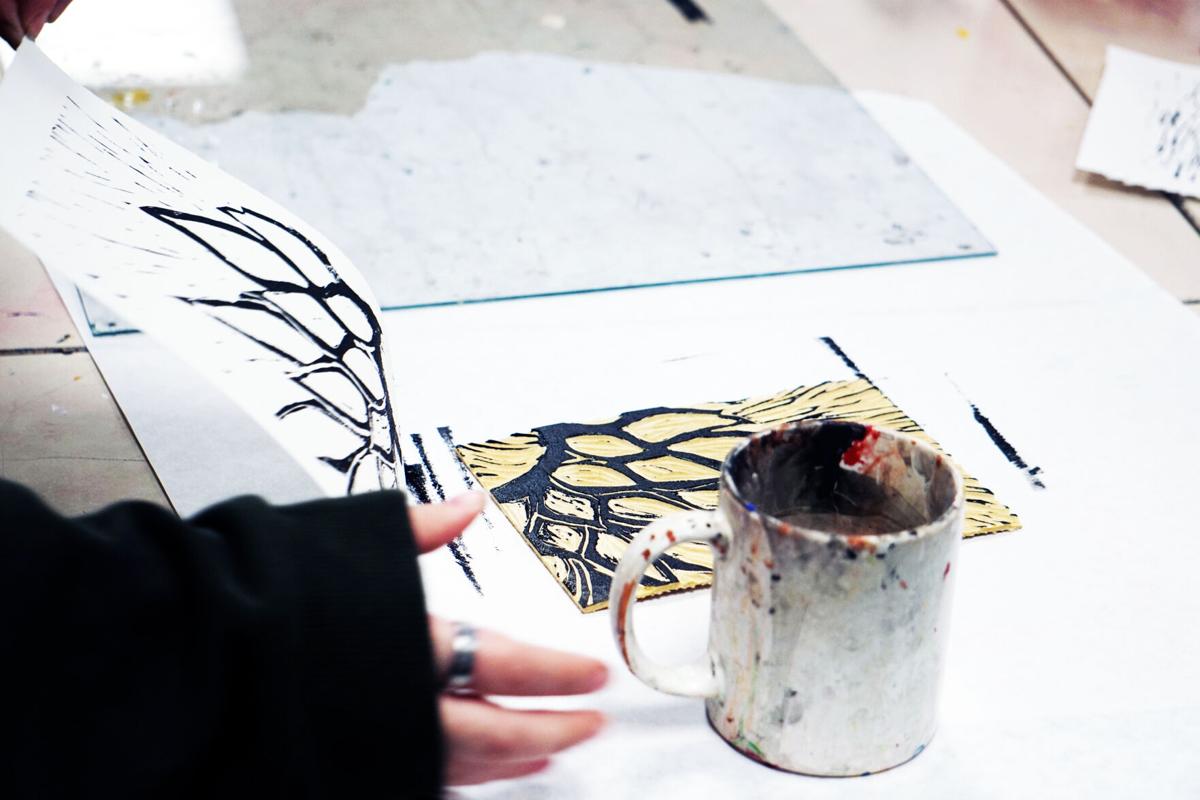 Cooper's student, Nevaeh Gil, used an old coffee mug to press the paper on to her print mat and transfer her flower design. 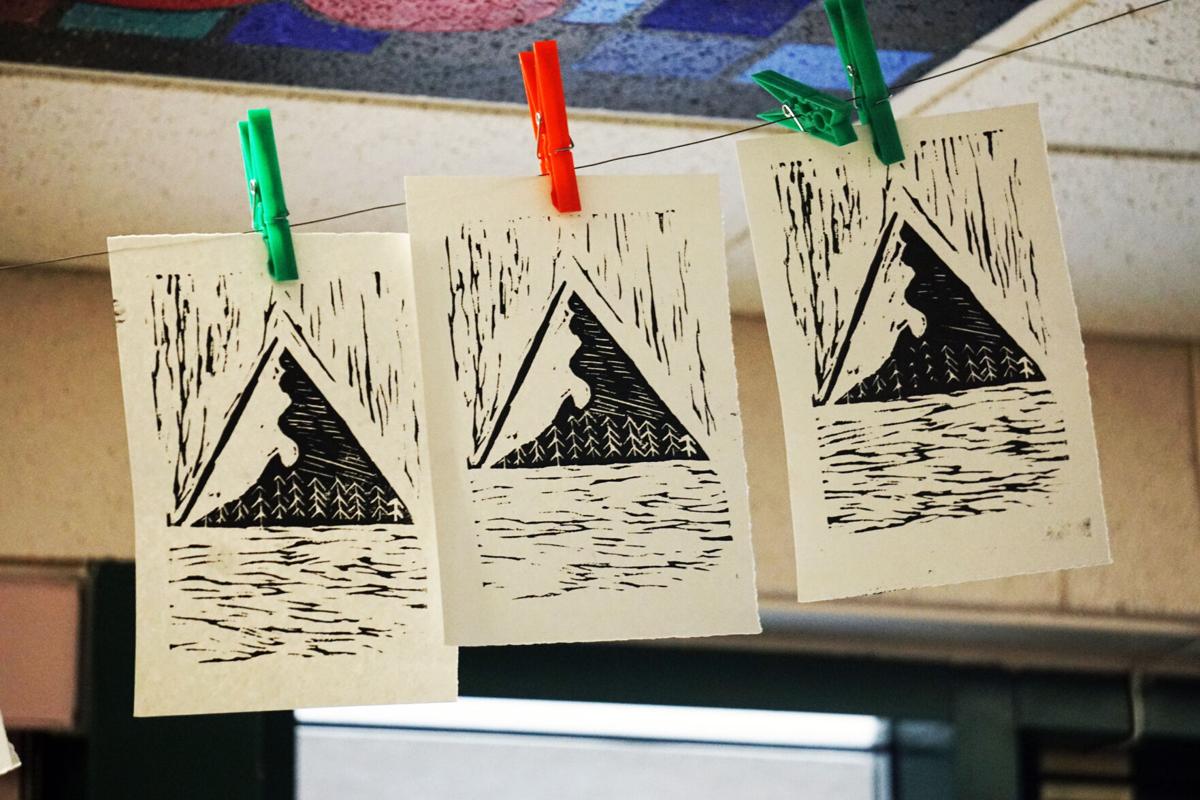 After Cooper's students finished making their five prints, they hung them up to dry and could start on a second print mat.

Cooper's student, Nevaeh Gil, used an old coffee mug to press the paper on to her print mat and transfer her flower design.

After Cooper's students finished making their five prints, they hung them up to dry and could start on a second print mat.

And a group of Solomon High School 2-D art students.

What do they all have in common? They learned the process of printmaking to share and produce art for their audience. While for the Solomon students, their audience may be themselves, parents or friends, they still got to participate in a decades old art style because of their teacher.

Before taking on the title of Solomon School’s K-12 art teacher, Karen Cooper was graduating from Fort Hays State University with a degree in art education and a focus in printmaking and ceramics. While in college, Cooper produced prints through different methods, but most of her prints were inspired by music.

“When I was in college and I did lithography, we actually drew on the stones, the Bavarian limestone, a levigated limestone, and then we drew on it with a grease pencil or a greasy crayon,” Cooper said. “We go through a chemical process to replace the grease with ink and then we would print…There’s different kinds of printmaking and the history of printmaking kind of depends on the kind that it is. So intaglio, which is etching, lithography and block printing, there’s also a screen printing, but that’s more of a commercial process that’s been hijacked into a commercial process.”

“I’m just kind of a natural illustrator,” Cooper said. “So, anytime I could illustrate a song like a Tom Waits song and I brought a plate in here that’s an illustration from a Cowboy Junkie song Mrs. Annabelle Evans.”

For her students, Cooper taught them the carving linoleum method where they would carve out the space around their design and press ink onto it before transferring the image over to paper.

“The thought process behind it is to make sure that they are thinking in negative space, which means they carve away the space around the object that they want to show,” she said. “It’s a difficult process to understand as far as carving, then they also have to remember that it’s going to print in mirror image, so if they’re going to put any letters or numbers or things like that they are going have to do it in mirror image. So, it’s kind of a double whammy as far as the thought process, the right brain thinking.”

Cooper wanted to give her high school students a challenge with the printmaking lessons, which outside of teaching them how to create prints also taught them a lesson in patience and details.

“They think that art should be like something we do in one class period and we’re done,” Cooper said. “I think sometimes in elementary grades that’s what we do. We do one class period things because that’s their attention span, trying to get them to pay attention. The first thing we did with middle school was I didn’t enter introductory drawing. I had them work on it for four day and think they’re dying, because it’s a four day project, but that’s how long it takes. So, being able to dedicate the time to do something to take their time to utilize their class time and to do good work is what I’m trying to get them to learn.”

Cooper’s own students hark the same message of patience when asked what they learned from their mini lesson on printmaking.

“Patience is a virtue really,” 11th grader Nevaeh Gil said. “People say it, but I didn’t realize it till now.”