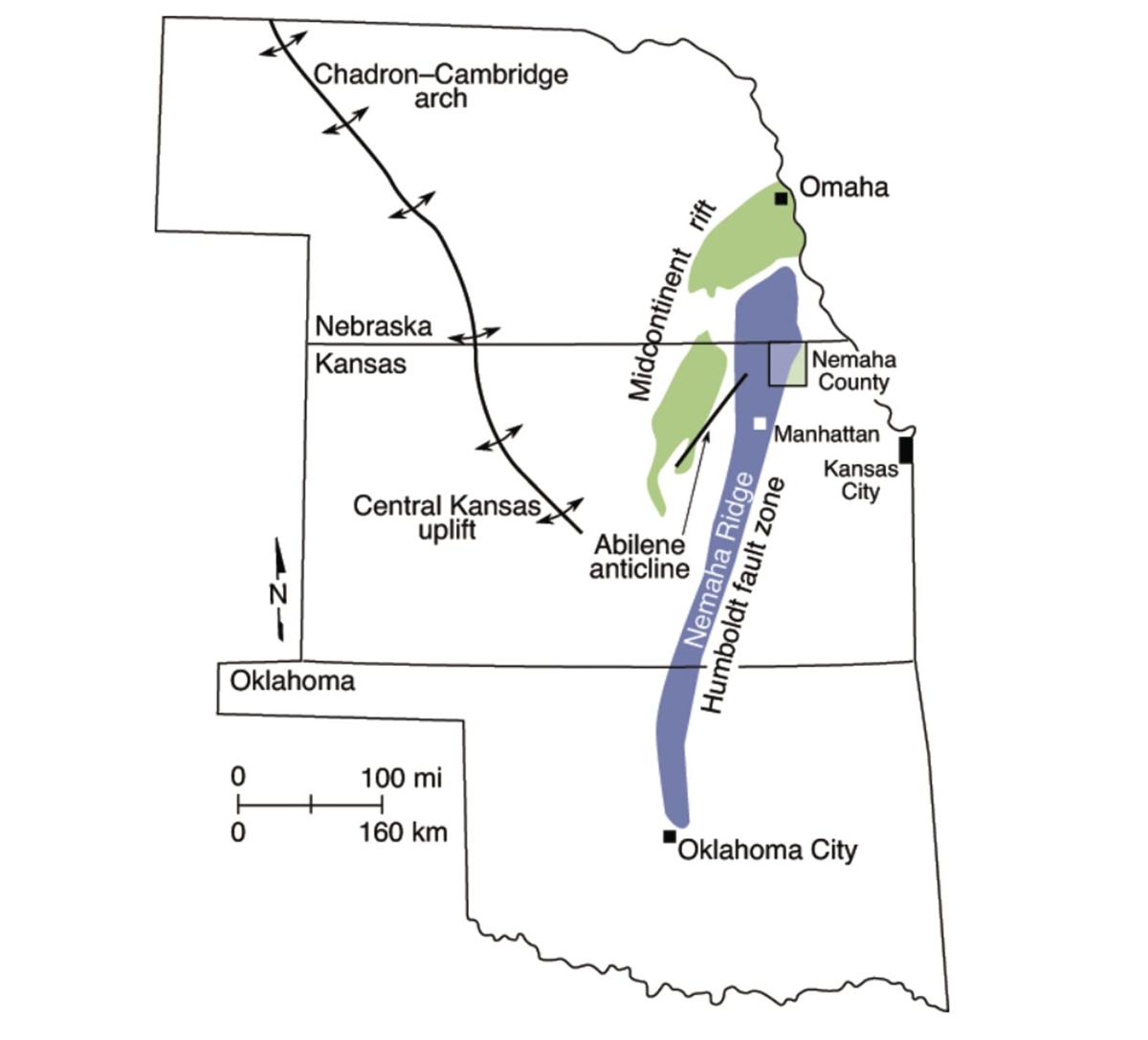 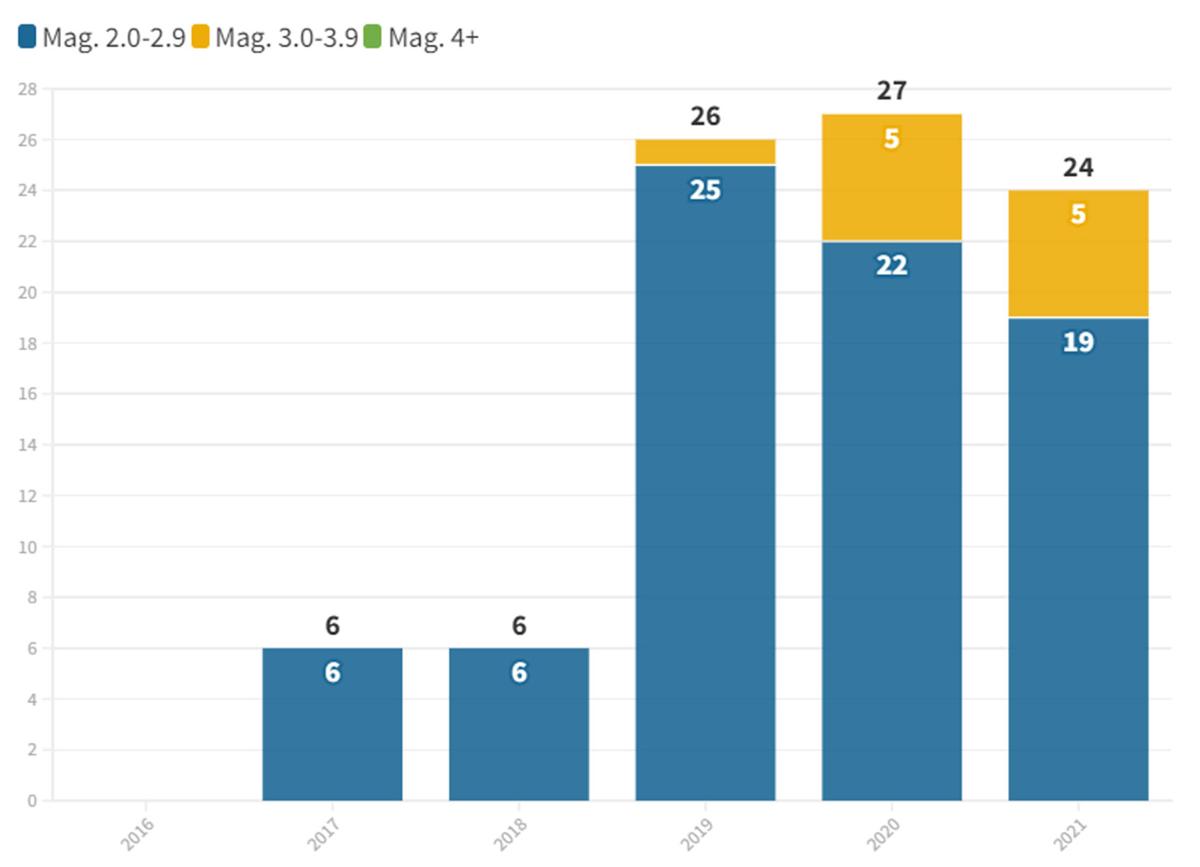 The graph shows the magnitude of earthquakes that occurred in Dickinson County between 2016 and 2021. Numbers are gathered from the Kansas Geological Survey.

The graph shows the magnitude of earthquakes that occurred in Dickinson County between 2016 and 2021. Numbers are gathered from the Kansas Geological Survey.

The majority of earthquakes in the county occur in the southeastern area of Dickinson County, above Hope and Herington, and the western county line around and below Solomon, according to an interactive map by the Kansas Geological Survey and Shelby Peterie, research geophysicist for the survey. The county sits between the Midcontinent Geophysical Anomaly, which is to the west, and the Nehama Ridge, which is to the east. Both features, Peterie said, are probably responsible for the earthquakes on the west and east sides of the county.

The Midcontinent Geophysical Anomaly is the largest positive gravity anomaly in North America, said Peterie. The anomaly is part of the Midcontinent Rift that spans through Nebraska and Kansas. It is responsible for the majority of earthquakes in Saline and McPherson counties.

After the increase of seismic activity in Kansas after 2015, the Kansas Geological Survey set up a network of earthquake monitoring stations across the state, Peterie said. From 2016 and forward, Peterie said the survey has a “reasonably consistent detection threshold” for earthquakes in Dickinson County

As for the Abilene Anticline, it is also a tectonic feature, though it’s not responsible for earthquakes. It extends from the top of Riley County and ends near the Saline/Dickinson county line, according to part six of Bulletin 90 the survey published in 1951. An anticline is “an example of rocks, which were previously flat, but have been bent into an arch. Hydrocarbons that find their way into a reservoir rock that has been bent into an arch will flow to the crest of the arch, and get stuck,” wrote Fred Aminzadeh and Shivaji N. Dasgupta in their chapter “Fundamentals of Petroleum Geology” for the book series “Developments in Petroleum Science.”

“The Abilene Anticline was interpreted as one of the tectonic features in Kansas that was likely related to earthquakes recorded by the Kansas-Nebraska network from 1979 to 1987,” Peterie said.