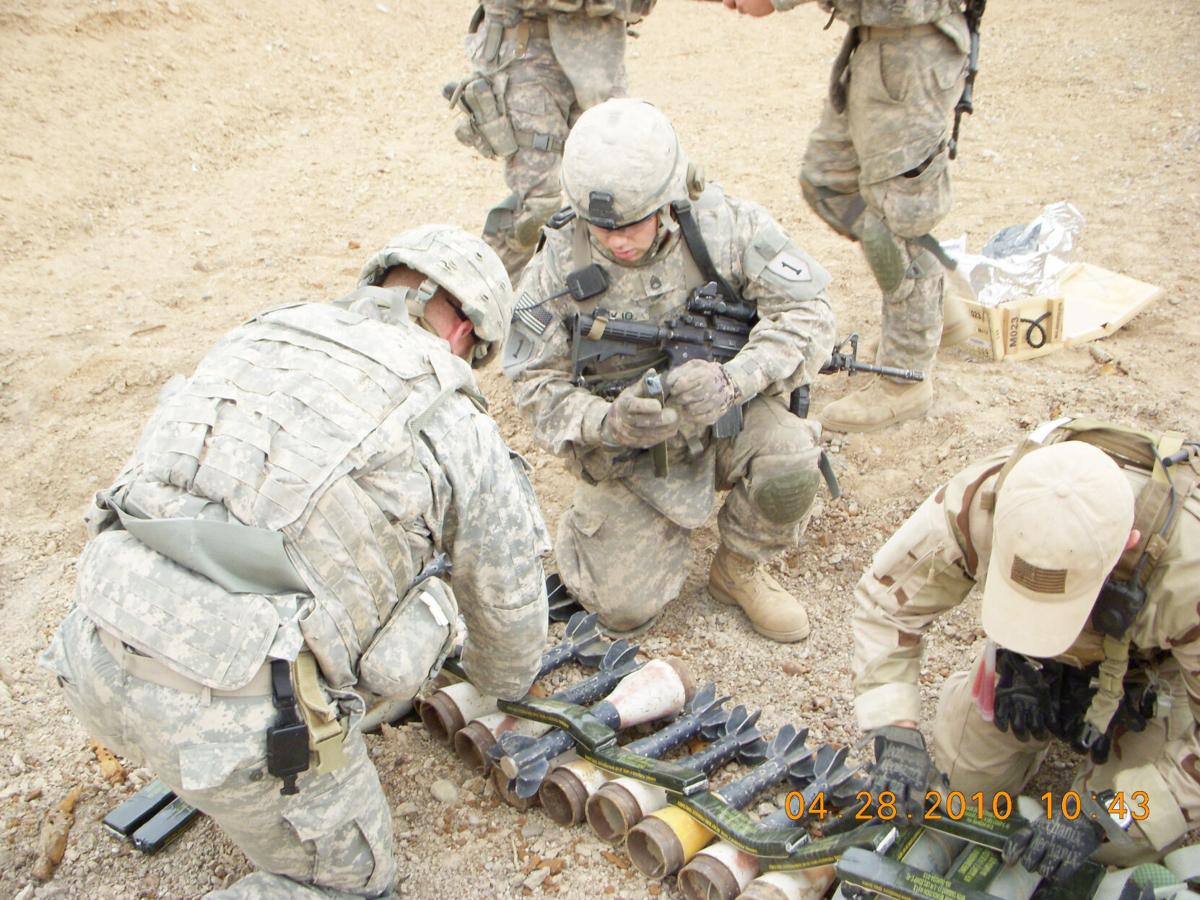 Kyle Jones, center, loading some bombs during his second deployment 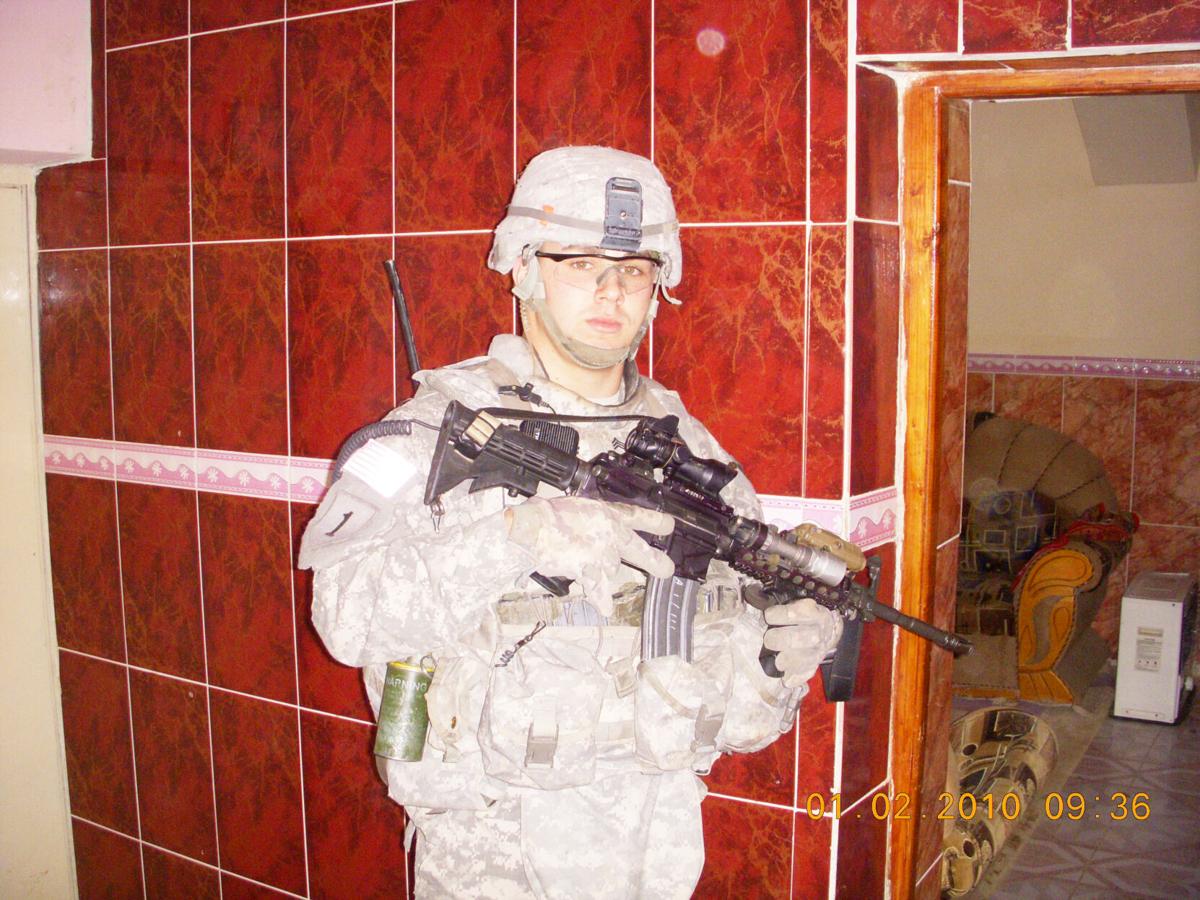 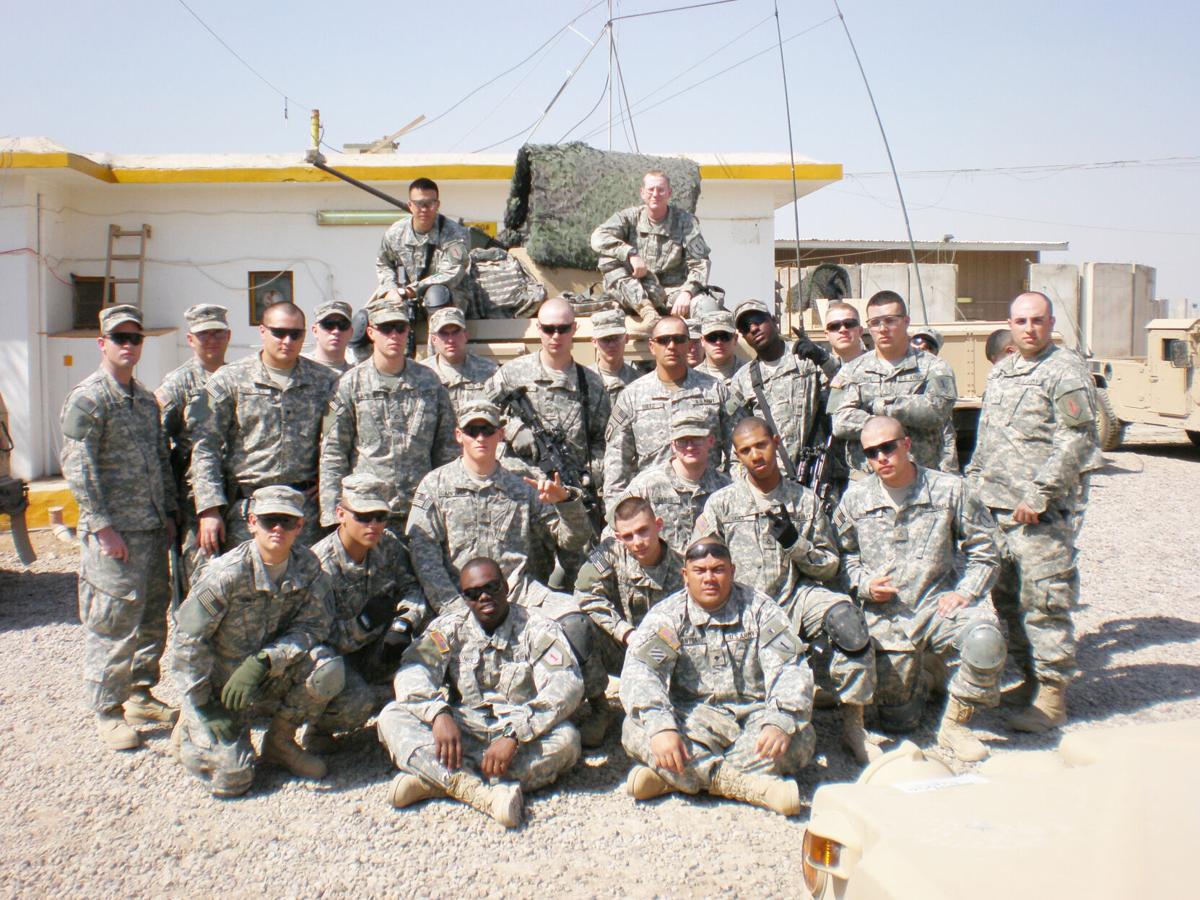 Kyle Jones, third row from the front and second from the right, with the 2-16 Infantry 4th Brigade

Kyle Jones, center, loading some bombs during his second deployment

Kyle Jones, third row from the front and second from the right, with the 2-16 Infantry 4th Brigade

In February of 2007, the 2-16 Infantry 4th Brigade left from Fort Riley to Iraq. A month before, President George W. Bush had laid out to the nation why the surge into Baghdad, Iraq, would work. Setting out with the 4th Brigade is journalist David Finkel, preparing to record the brigade’s journey for his future book, “The Good Soldiers.” Among the soldiers is 19-year-old Kyle Jones.

Jones grew up in San Jose, California. Throughout primary education, he had aspirations to go to college and pursue criminal justice, but he knew he would amass a large amount of debt based on him and his family’s financial situation.

“I was looking for answers,” Jones said. “I always had the mindset that if you’re capable you should serve in some capacity. I didn’t know much. I didn’t really ask many questions, looking back I could have picked a different job but I knew if I stayed home, I couldn’t afford college.”

So with the hope of paying for college, looking toward his financial future and to honor his veteran relatives, he enlisted in the army at 17 years old in 2005. In August that year, the military sent him to Fort Riley for basic training. It’s in Manhattan where he met his future wife. He spent six years there, until the surge into Baghdad.

For the next 15 months, the brigade fought its way toward the city, aiming to quell the insurgence of local tribes. They ultimately accomplished what they set out to do.

“We took a lot of casualties, lost two guys, some guys got amputated,” he said. “There was one point during the deployment where I came to peace with myself that I wasn’t making it home. You literally tell yourself this is the reality of this.”

Jones returned to the U.S. with burdens from what he had witnessed, but also a bond within the brigade that he said, “in the civilian world, there’s nothing like it.” Each year since then, about 10 to 15 of those gather in what Jones calls the “brotherhood meet.” Jones himself said he keeps close contact with about eight of them.

“In 2018, we actually flew out to Georgia and Florida,” he said. “A group of us went out to their graves. We had never had an opportunity to do that. So the brotherhood that got established during that deployment, they’re literally my brothers.”

Three of those graves belonged to Cpl .Durrell L. Bennett, Spc. Patrick J. Miller and Sgt. Andrew R. Looney. Bennett and Miller almost made it home. The convoy they were on took a “catastrophic hit” Jones said. They died three days before the 4th Brigade traveled home. Miller made it home after the surge with part of his right foot missing. Opting to stay in the army after his rehabilitation, he died in his next deployment to Afghanistan by a suicide bomber.

“I live my life through them, I really do,” Jones said. “I have a set-up down [in the basement], and I’m reminded daily of their sacrifice.”

For those who survived though, the “bad days” do come. Jones said they are always looking out for each other.

“I try to stay positive for the guys who didn’t make it back,” he said. “I have a really good support network. My wife’s family is amazing. My wife is amazing. My buddies from that deployment are amazing.”

For 15 months, Jones stayed in the United States, until he was sent with the 4th Brigade again to Iraq, this time stationed in the Baiji area, over 110 miles north of Baghdad. This time though, Jones went in with the position of squad leader, first for larger weapons and then for on-foot patrols. Eventually, he worked his way up to staff sergeant.

“During my first deployment, I didn’t see the big picture of things. I was just focused on my job,” Jones said. “As I got leadership and had to take care of other guys, I’m looking at everything. My second deployment I definitely had a different perspective on what was going on.”

After 12 months, Jones came back to the U.S. and was positioned at Fort Irwin in southern California. While there, he married his then-girlfriend. He stayed at the fort from 2011 to 2013 as a trainer.

The army then sent him to Africa, again with the 4th Brigade, after spending a little time back at Fort Riley. His time there was “a little easier,” he said, maintaining base security for the entire nine months he was there. Returning to the states, he decided to switch from active duty to the army reserves in 2015 and chose to return to Fort Riley since his wife is from Solomon.

He also finally pursued that college degree he wanted, starting in 2015. He graduated from Upper Iowa University with a bachelors in social science. He never accumulated any debt because of his GI bill.

“My whole intention was to do my initial contract and then get out. I never meant to do ten years active duty and then fall into the reserves… My whole mindset was, look at World War II and Vietnam veterans. I’m almost embarrassed when they thank me for my service, like ‘you all fought the real wars.’ It’s a privilege to serve.”

Now, 33-year-old Jones lives with his family on NW 10th Street in Abilene. He’s a deputy patrol sergeant for the Dickinson County Sheriff’s Department. He also is an instructor for Fort Leavenworth.

“Nothing compares to my time in the service. I’m almost chasing that feeling of comradery, having purpose and that brotherhood as a civilian,” Jones said. “I owe how my life turned out to what the army taught me; the discipline and the leadership qualities.”