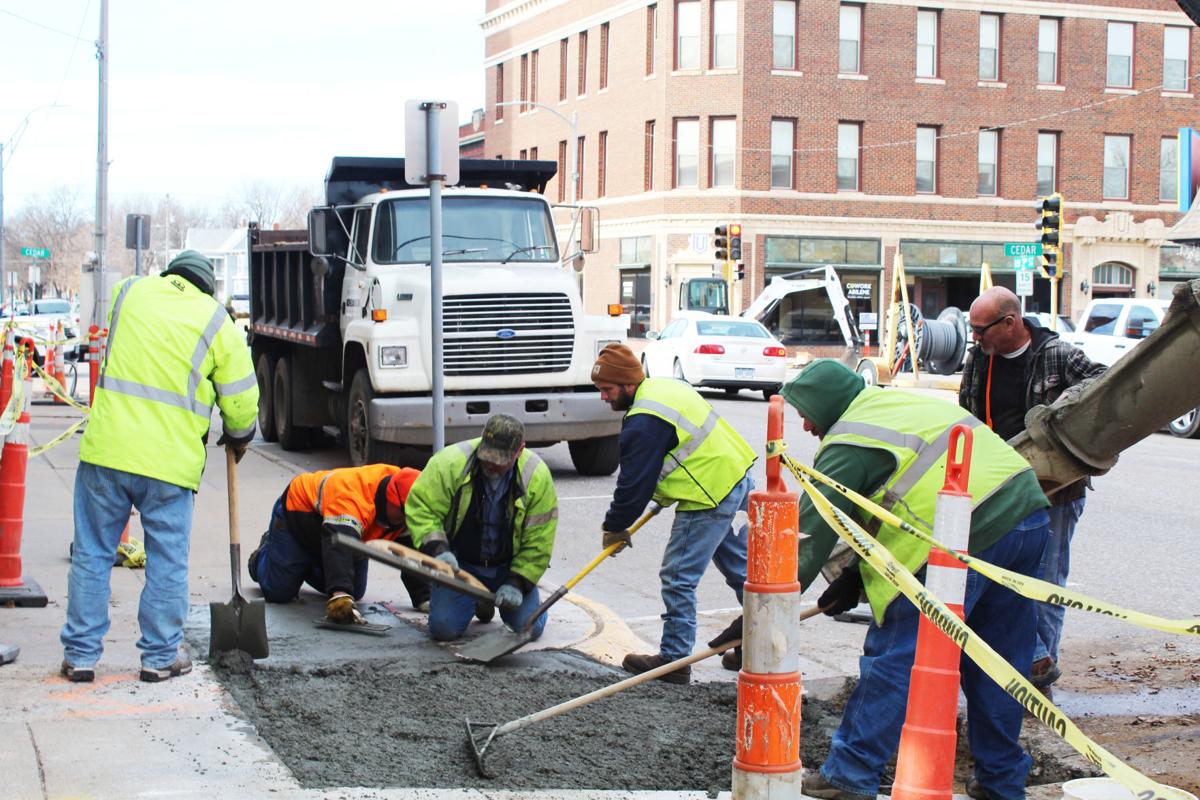 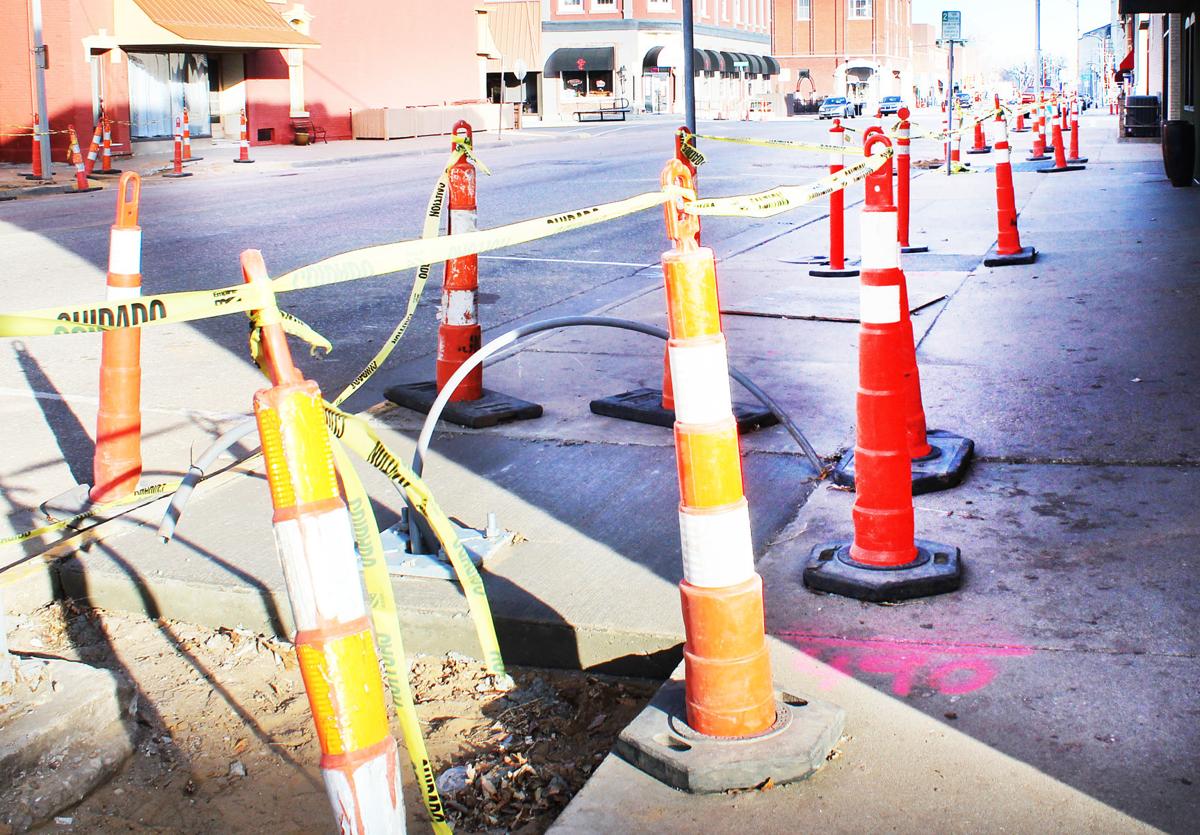 Third Street is lined with orange cones in preparation for new light poles coming this week. Below

Third Street is lined with orange cones in preparation for new light poles coming this week. Below

New lights are in the process of going up in downtown Abilene.

He said a program to improve lighting throughout Abilene started several years ago when Westar’s Operations Manager Mike Bowers began the project of replacing rusted lights on Buckeye. This went from downtown all the way to Interstate 70.

Now the company Evergy Inc., formally known as Westar Energy, is investing in new lights on Third Street. The new light poles and fixtures will light up downtown from Buckeye Avenue to North Mulberry.

Evergy is responsible for installing and maintaining all the lights in town and the city pays for the service to use the lights.

Schrader, the city and Evergy have decided to replace the lights along Third Street as they were getting worn out and rusted.

The city does contribute with project oversight, labor and providing supplies to do concrete work, such as cutting out old sidewalks and pouring for new ones.

Right now, J & K Contracting Inc. out of Junction City is under contract with Evergy. They are replacing the wiring underground which is a very tedious job. They must ensure all wiring is replaced and that no one cuts any other utility wires, Shrader said. For example, last week they had to use a four-way stop because of an accidentally cut traffic signal wire. Another disadvantage is some parking spots have been temporarily blocked, but Schrader said, “Businesses and anyone to come downtown have been patient with the process.”

It has been difficult to remove previous sidewalks and avoid all other lines underground, but the presentation of the lights downtown is most important, he said.

Followed after installation of new wires will be concrete pouring by Abilene Public Works and then, starting this week, Evergy Inc. will be bringing in new LED lighting, street poles, and bases for the poles as well as removing old street poles which start today or Tuesday.

So far, all contributors have been working for a week and a half and will be finished in about another two weeks, said Schrader.

He also added that over the past 10 years there has been talk of possible landscaping and streetscaping projects, like the city’s recent improvement of Little Ike Park, although no plans have ever become official.

This spring the city will be working on replacing all four of the traffic poles at Third and Cedar streets.

They will temporarily remove all traffic lights and be using four-way stops, said Schrader.