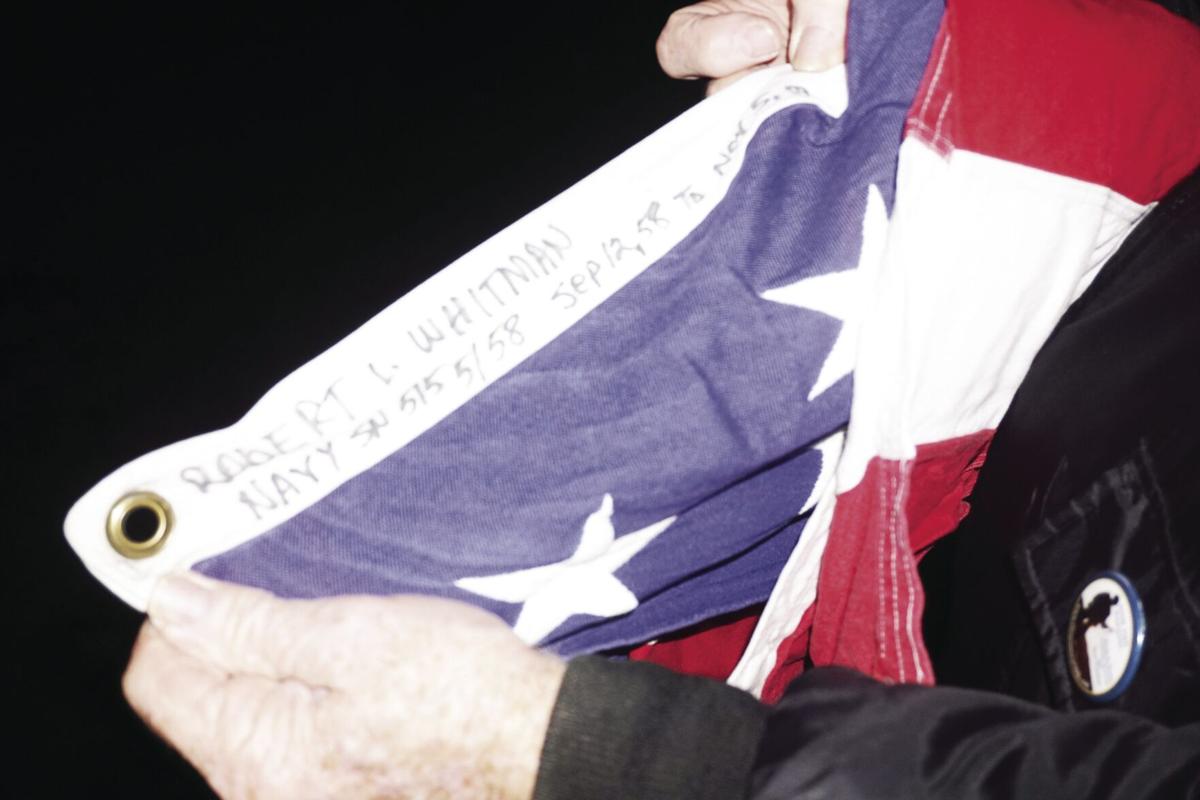 American Legion Post 39 decided to mark most of the flags with the name and info of local military members. 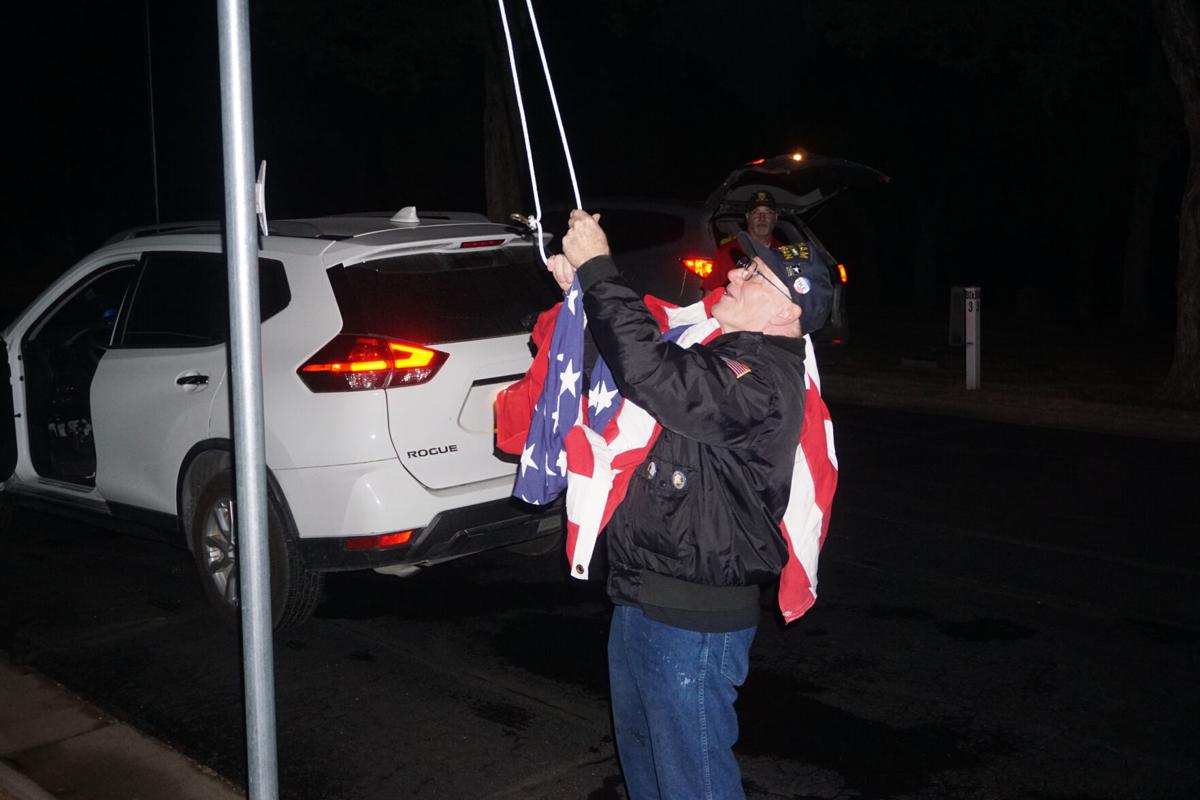 Post Service Officer Eddie Avinger raised the flag following a tradition that he has participated in since joining the American Legion.

American Legion Post 39 decided to mark most of the flags with the name and info of local military members.

Post Service Officer Eddie Avinger raised the flag following a tradition that he has participated in since joining the American Legion.

One of the first people at the cemetery, American Legion Post 39 Service Officer Eddie Avinger spent his time checking all the flag poles and fixing the hoisting ropes. Avinger, the former commander of Post 39, remembers raising the flags since he started in 1982.

“Before the Flag of Avenues was set up where they put the cement slabs there, the Legion Post was downtown in the city building,” Avinger said. “They used to come up here, drill holes, take the pole off of a flatbed trailer, drop it in the hole, put a flag up and that was in 2002.”

After permission from the city, the group put cement slabs and permanent flagpoles, so now the Legion only needs to put new flags out for Memorial Day and Veterans Day.

On some of the flags raised on the road comes with a veteran’s name, the names come from people donating their flags to the post.

“We’re honoring those guys by putting them up, so most of the flags have a veteran’s name,” Avinger said. “If we get an old flag that gets really torn up, we’ll get a new flag and we’ll replace their name on that flag. So, that way we are recognizing the family that gave the flag also, but they’ll come up sometimes and see their loved ones flying.”

Through the Community Foundation of Dickinson County, the Legion can use their funds to maintain the flag poles, the veteran memorial and get new flags.

Due to the inclement weather, the post decided to only raise the flags and not do the traditional placing of a small flag at each veteran’s grave. Last year with the Cub Scouts and Boy Scouts help, they placed more than 400 flags on veterans’ graves, including veterans who fought in the Civil War.

“One thing people don’t understand about it is there are a lot of Civil War veterans here, not a lot but several, and it doesn’t matter which side they fought on,” Post Commander Brian Ross said. “They are all still considered U.S. veterans, so all of them get flags, regardless of whether they served for the Confederacy or the Union.”

What does it mean to you?

Avinger, who served in the U.S. Army for 24 years and fought in the Vietnam War, couldn’t wait to raise the flags to remember and honor military members.

“It is about tradition to honor all veterans in all wars, not just the Civil War but the Mexican Wars,” Avinger said. “You honor all the veterans by putting a flag up for each one of their states. We got 50 states, We got 50 flags.”

Ross, who served in the Army and was stationed in Texas, Colorado, Germany & Korea, came wary of the wind and dark sky but was still ready to get the flags raised for Veterans Day.

“Veterans deserve to be recognized and putting up the flag here for Veterans Day is a recognition of them, even though Veterans Day is really for the living veterans where Memorial Day is for those that have passed, it’s still showing respect to the veterans that you know served before us.”