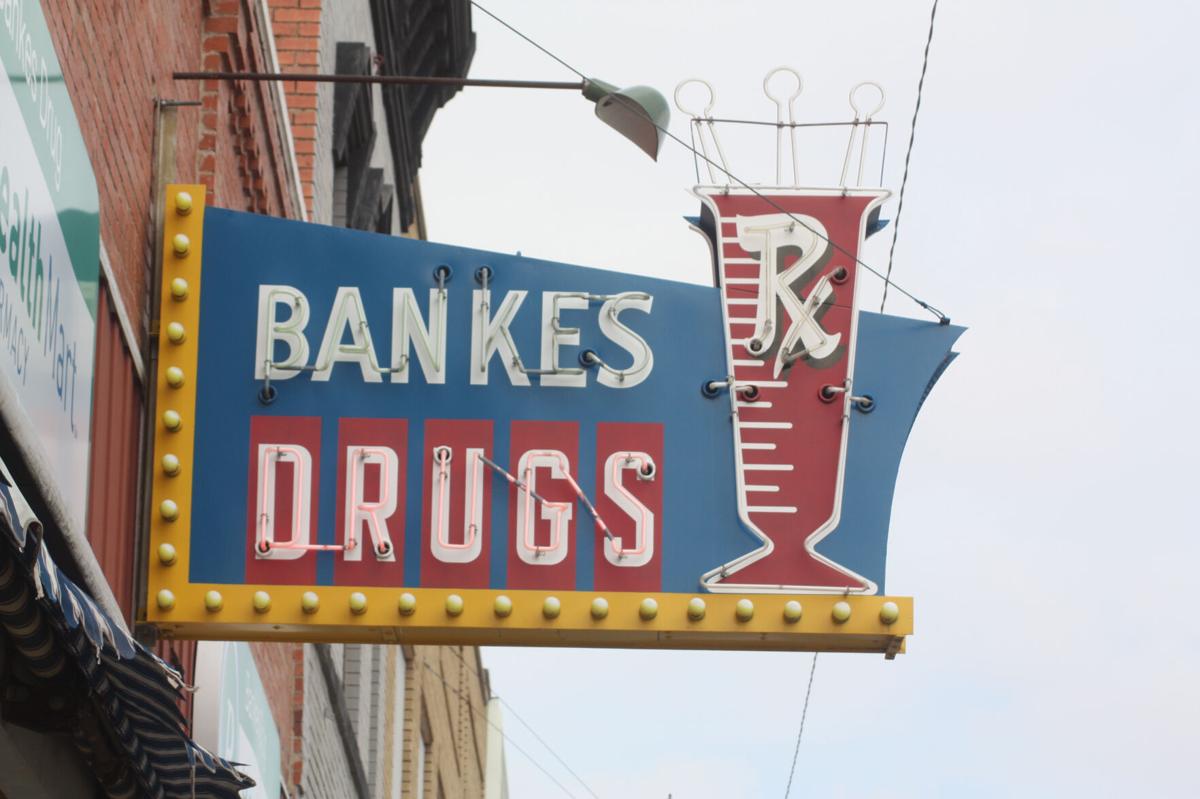 The soda fountain once serving customers at the Bankes Health Mart downtown Abilene is now at the Dickinson County Historical Society. 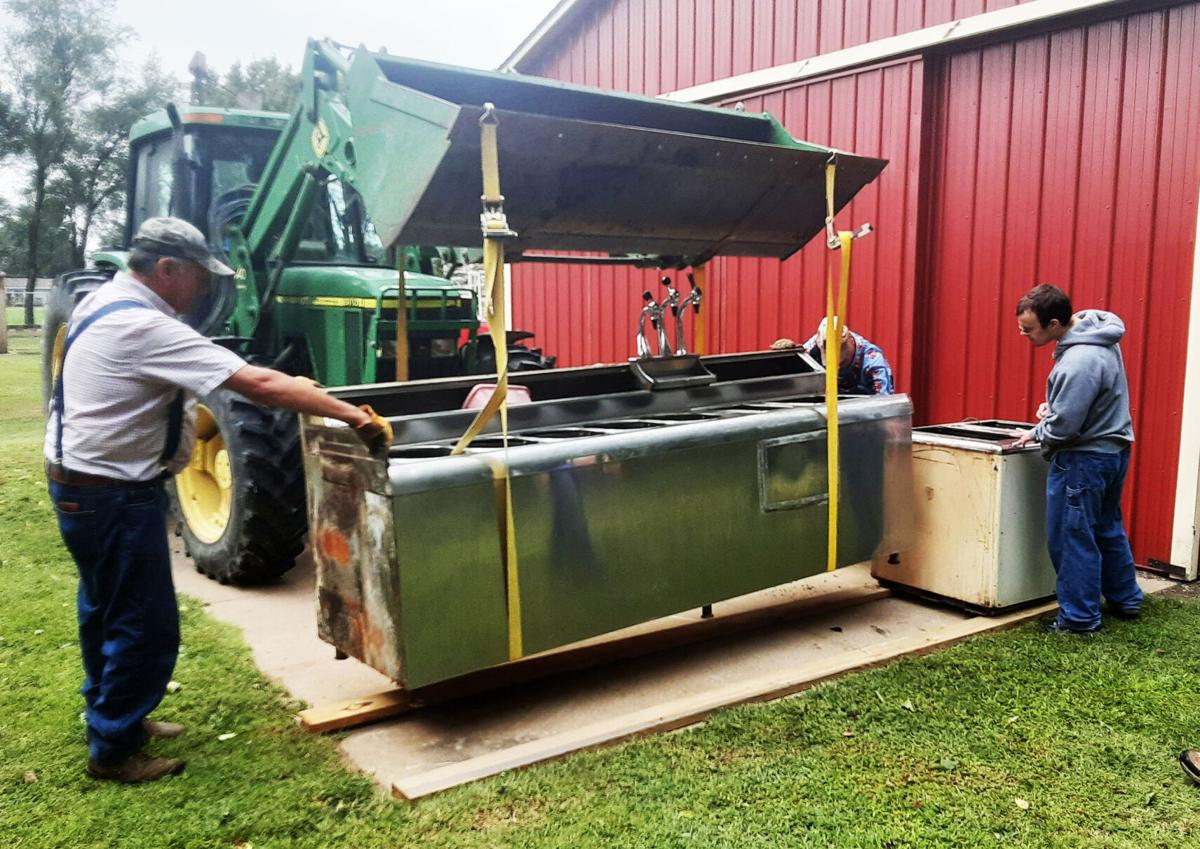 Dave Cook (left) and Larry Sorenson guide the soda machine as it is lowered, while Andrew Pankratz watches. The equipment will be thoroughly cleaned and then installed near the entry inside the Heritage Center.

The soda fountain once serving customers at the Bankes Health Mart downtown Abilene is now at the Dickinson County Historical Society.

Dave Cook (left) and Larry Sorenson guide the soda machine as it is lowered, while Andrew Pankratz watches. The equipment will be thoroughly cleaned and then installed near the entry inside the Heritage Center.

Green river soda, sold for years at the Bankes soda fountain, may be returning to Abilene.

The soda fountain that has served Abilene for over 70 years has found a new home.

The soda fountain that was at Bankes Health Mart on North Broadway which served drinks from the soda fountain, ice cream and lots of coffee was donated to the Dickinson County Historical Society.

A group of volunteers moved the equipment on Saturday.

Stephanie Raub, who is moving her Bombshell Salon downtown, along with the Bankes Family and AuBurn Pharmacy agreed to donate the fountain and equipment.

Raub said she plans to move from the current location on 14th Street to downtown Abilene in November.

“My space will be much bigger. I’ll be able to provide more services and employ more people,” she said.

Gale Whitehair, with the historical society, said that the plan is for the fountain to be inside the main entrance which had traditionally been the quilt room. However, the foundation needs some reinforcement and the fountain needs a new freezer compressor.

“It is an iconic part of Abilene,” she said.

The plan is to make it once again a functional soda fountain.

“Right now the funds are not there,” Whitehair said.

She said that the original recipes, including the famous green river, came with the fountain.

“If we ever get it functioning, we have those original recipes for people to try,” she said.

“It is a historical significance to Abilene,” she said.

Linda Bankes said that her husband Bud started working at the fountain when his father bought it in 1945. He was just 5 years old, washing glasses. However, the location then was next door to what is now Amanda’s Bakery and Bistro. She said in 1971 the drug store was moved next door.

That store had been a Woolworths store and later Gambles. Across the street was Duckwalls.

“It was quite a meeting place,” said Linda who was a teacher at Abilene High School. “I miss it. I would go there every day after school to see Bud.”

She said in the early years the drug store would stay open until 11 p.m. on Saturday nights.

In the early days, stores, some of them located in basements, stayed open on Saturday nights and the streets would be full of people, Linda said.

“We stayed open Saturday nights because there was a late feature at the movie, and so when the movie got out at 9, they would all come to the soda fountain and have a treat before they would go home on Saturday night. It was pretty much a blur most of the time – you don’t pay attention to what you’re doing, living the dream,” Bud said in a Reflector-Chronicle article in 2013 when he retired.

Linda said she also worked briefly at the soda fountain.

“It was the gathering place of different coffee groups,” Linda said.

There were both morning and afternoon groups.

“Kids would come after school to get a soft drink and ice cream,” she said. “It was quite a meeting place for people in town.”

She said she and her kids, Mitzi Gose, Teddi Domann and Scott Bankes, are happy to see the historic fountain going to a new home.

“The grandkids just loved the fact they could go to Papa’s store and get a Coke or an ice cream cone.”

The fountain had a case of nuts. When the first grandchild was born, a picture was placed on the case of nuts, and that became a tradition.

“Every time we had a new grandchild, its picture would go up on the nut case,” Linda said.