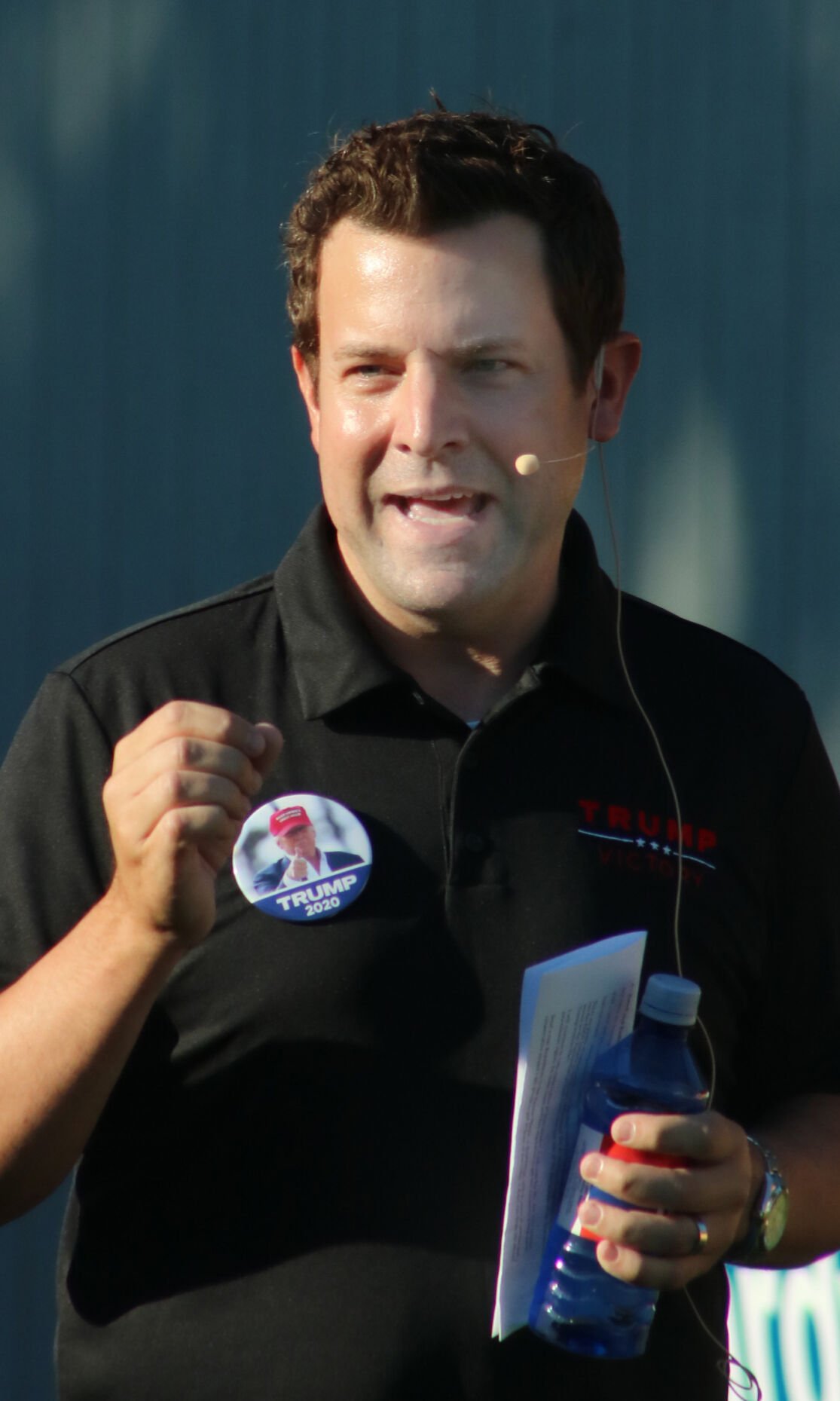 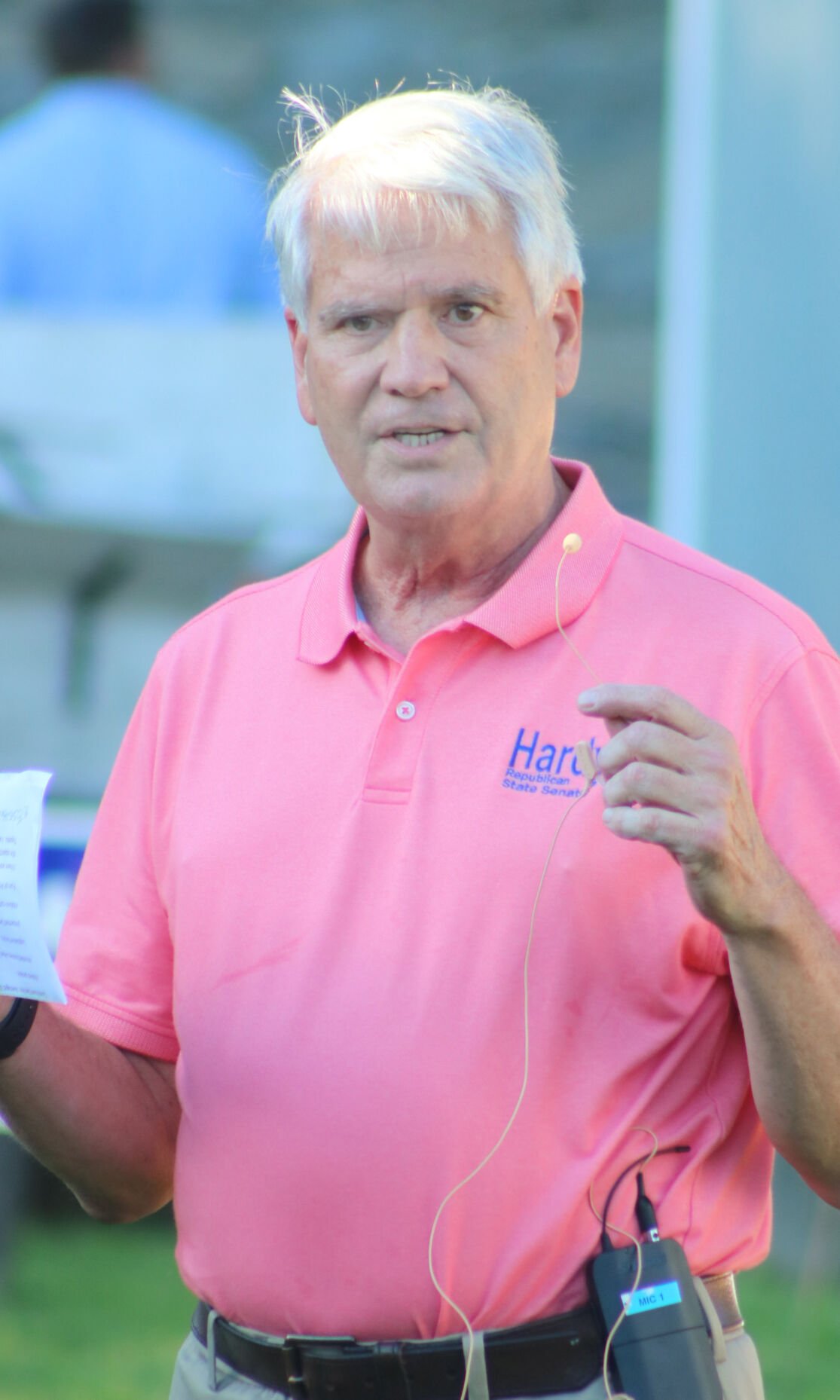 There are two candidates seeking the Kansas Senate district 24: incumbent Randall Hardy and J.R. Claeys, both of Salina. The district includes Saline County and the northern half of Dickinson County.

Claeys has been a member of the Kansas House of Representatives for the past eight years in District 68 in Saline County.

He said he is currently working for the campaign for reelection of President Donald Trump. Claeys said he and his wife live in Salina and have a 12-year-old son.

He said voters in the district have a distinct choice to make.

“There are serious differences between me and the individual I am running against,” he said. “You have before you a record that you can refer to, comparing the two of us.”

He said he has been a representative for the past eight years and Hardy has been in the Senate for four years.

“You can look at the votes and you can see that the two of us couldn’t be more night and day,” he said.

He said on the issue of taxpayer funding of abortions, he voted no and his opponent voted to continue funding Planned Parenthood.

“I work for President Trump. You deserve to take the entirety of the Trump tax cuts but the state of Kansas is stopping you from doing that. It is one of the most liberal votes one could possibly take in the Kansas Senate to deny you your share of the Trump cuts and keep it for the government. That is precisely what my opponent did.”

He said he voted to give the taxpayers the full benefit of the tax cuts.

“He voted no,” Claeys said.

Claeys  said he works to elect Republicans and is working to reelect Trump.

“I worked to elect a Republican governor. My opponent endorsed the Democrat,” Claeys said.

“Cities are burning and the liberals and Democrats are out of control,” he said. “I voted to fund our police.”

Claeys he created a recruitment and retention plan for the Kansas Highway Patrol which increased class sizes at the KHP Training Academy in Salina.

“That academy had zero applicants the year they came up with that trooper pay plan. We now have the largest classes in the history of the Kansas Highway Patrol and we have gotten to full coverage,” he said.

“I felt like we needed change in Topeka. Our state was going bankrupt,” Hardy said of his decision to run.

“We had something going on called the Brownback tax policy that was bankrupting the state of Kansas,” he added. “I ran because I believed we should pay our bills. I believe that we should take care of people that cannot take care of themselves: the elderly, the sick.”

Hardy said he does have a voting record.

“I can tell you the last legislative cycle 2019 and 2020 — I am a lifelong Republican, by the way — I voted with the conservative Republican leadership 94 percent of the time,” he said. “That is the truth.”

He said he does represent conservative values in the 24th district. He said what he can do that Claeys cannot is show what he has done for the people of Abilene.

“What really matters. And to the people of Dickinson County,” he said.

Hardy said he called Dickinson County Administrator Brad Homman saying he could add the county as a rural opportunity zone.

“He said great. We’ll back you. I did that,” Hardy said. “I got a call from Jim Gartland with the National Greyhound Association. He was asking if I would help with the sport gaming bill. ‘Would you introduce an amendment to include greyhound racing?’ I can do that, Jim.”

He said there was a bill in the house that would authorize a tax cut for donations to the Eisenhower Foundation.

“I picked it up and ran with it,” he said. “I don’t have it across the finish line but have been working on that for three years.”

He said he got a call from Harold Courtois, chief executive officer at Memorial Health System, who said in 2018 the hospital had $800,000 in unpaid claims.

Hardy called himself a fiscal conservative.

He said he has a Masters of Business Administration degree from the University of Kansas.

“My strength is in finance,” he said.

Hardy said he averaged 28 trips a year to Dickinson County every year he served in the Senate.

“That shows my commitment here in Abilene and in Dickinson County,” he said.