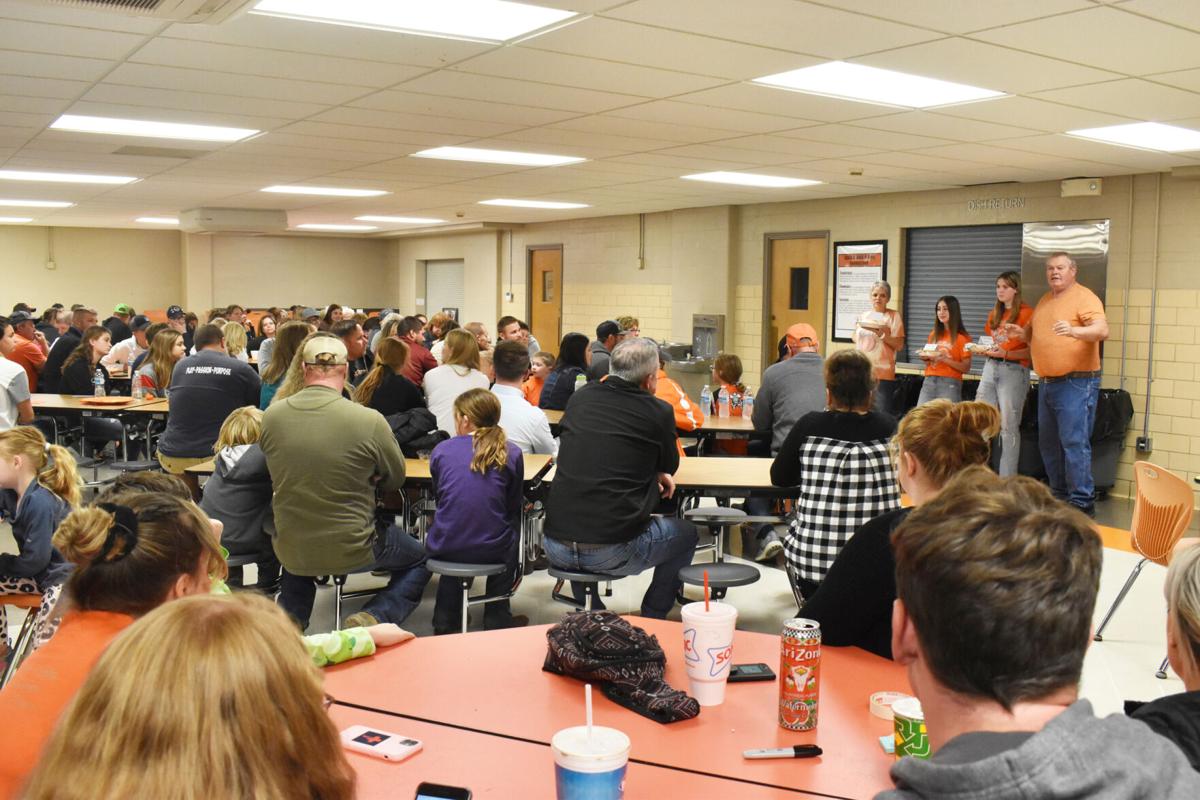 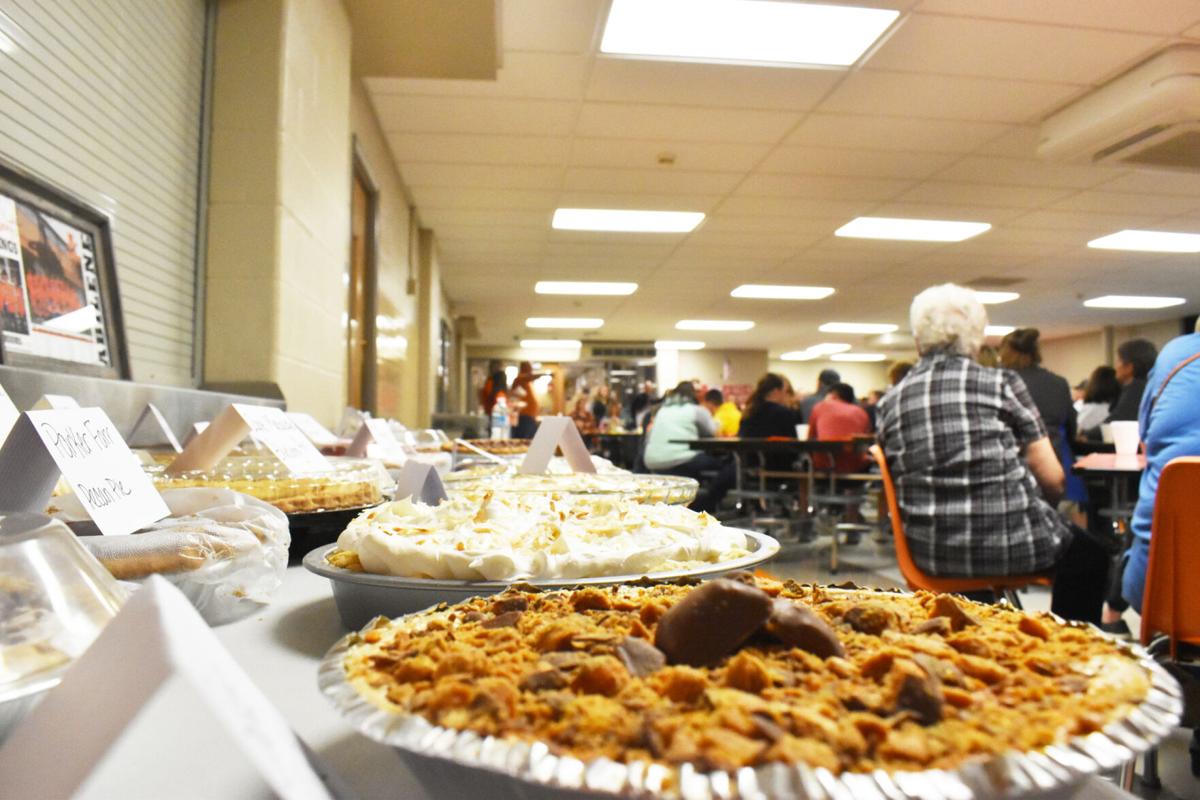 Wrestlers, coaches and family members brought between 35 and 40 pies for the annual fundraiser auction Tuesday evening. 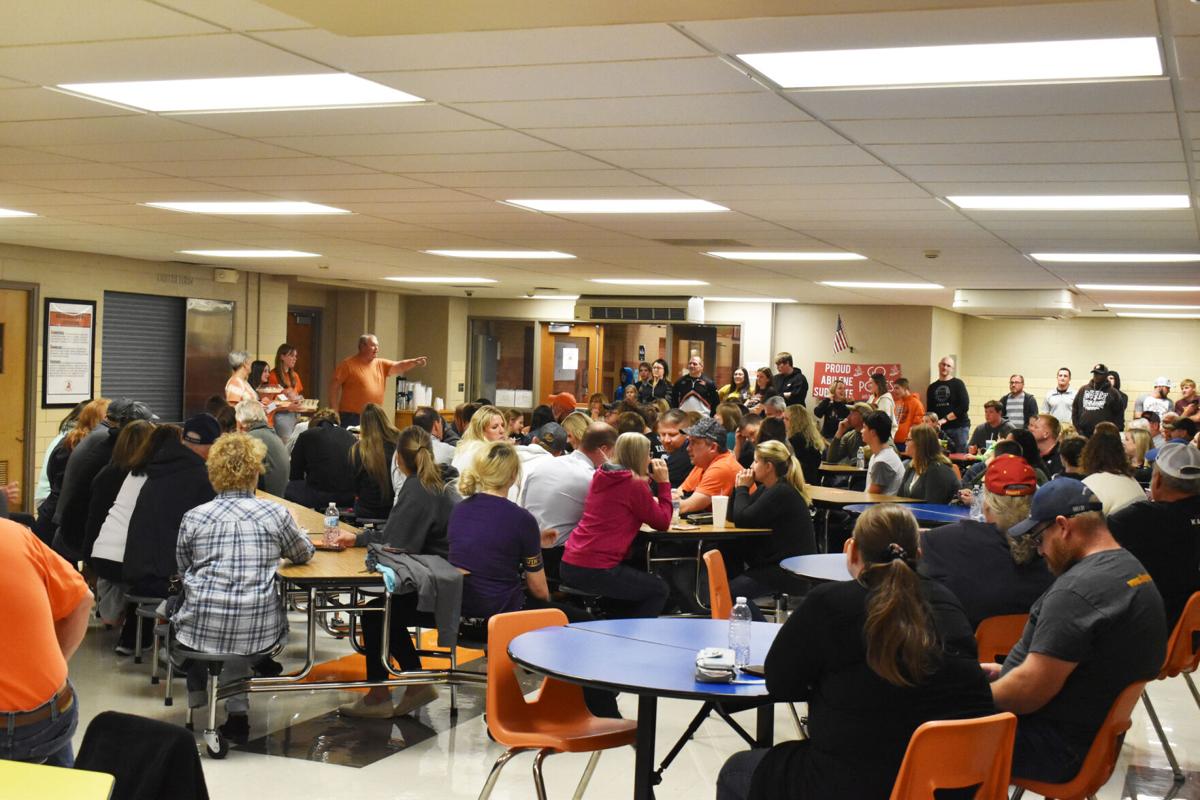 Tom Taplin, to the left with arm extended, acts as auctioneer in the packed room for the Cowboy Wrestling Club's Pie Auction.

Wrestlers, coaches and family members brought between 35 and 40 pies for the annual fundraiser auction Tuesday evening.

Tom Taplin, to the left with arm extended, acts as auctioneer in the packed room for the Cowboy Wrestling Club's Pie Auction.

The Abilene High School cafeteria was packed with people standing in the back Tuesday night as the Cowboy Wrestling Club hosted their annual Pie Auction fundraiser. The event returned after a hiatus in 2020.

The proceedings from the fundraiser will go toward the high school’s wrestling summer camp, the high school national tournament and other events the club may have, said Head Coach James Stout.

Starting at 6:45 p.m., wrestlers, coaches and some family members brought in pies to be auctioned off. Becky Stout said 35-40 pies were brought this year. The event’s auctioneer was Tom Taplin, former Abilene wrestling assistant coach. Some pies went for as high as $410, and others went for as low as $55. The club has hosted the fundraiser since 2003, James Stout said.

At 7:30 p.m. as tradition, the club’s wrestlers competed against each other in the Orange and Brown Classic Wrestling Scrimmage. Looking on are parents, students and alumni.

“It’s a tradition. It’s carried on through Abilene and it’s alumni. We have a lot of alumni out in the [cafeteria] there. They get a chance to come back and support us,” Becky Stout said. “It’s the wrestling family reunion.”