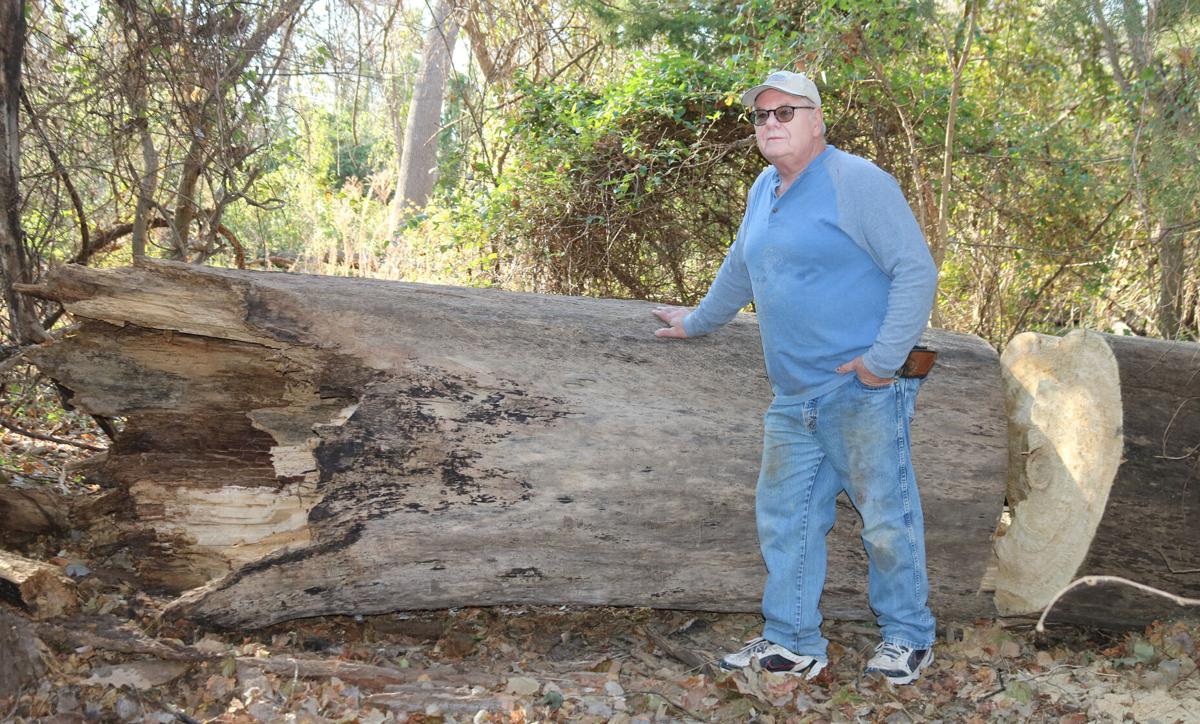 Dale Anders joined a group of volunteers on a mission to clean up the Enterprise Ecological Park donated to the city 30 years ago. 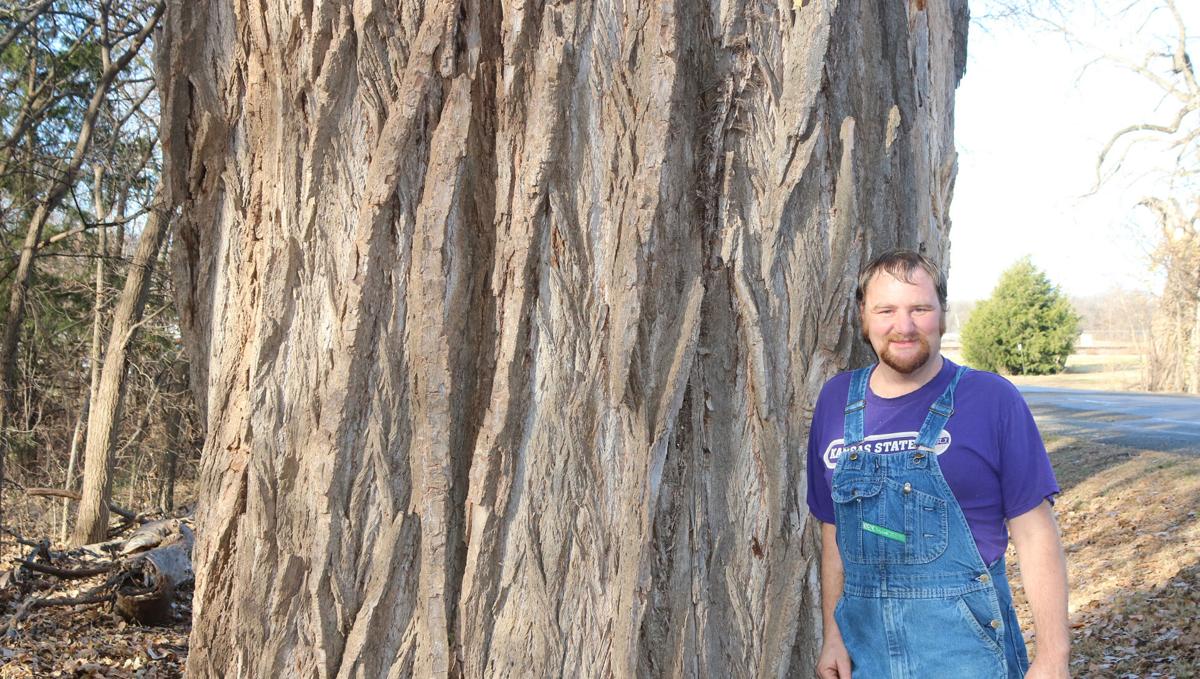 Austin Anders, director of the Enterprise Parks and Recreation Department, stands by the sixth largest cottonwood tree in Kansas located at the Enterprise Ecological Park.

Dale Anders joined a group of volunteers on a mission to clean up the Enterprise Ecological Park donated to the city 30 years ago.

Austin Anders, director of the Enterprise Parks and Recreation Department, stands by the sixth largest cottonwood tree in Kansas located at the Enterprise Ecological Park.

ENTERPRISE — The goal is to have a New Year’s Day walk on the nature trail through the Enterprise Ecological Park.

But first there is work to be done in the park that had been neglected for 30 years.

For starters, a huge tree had fallen, blocking the half-mile trail through the park. Saturday Dale Anders took care of that with his chain saw and skid-steer. Eight others showed up throughout the day with rakes to clear the path and lay down wood chips along the trail in the park.

However, all of the walking bridges and park benches held up over the years and might need a little “varnish and paint,” said Austin Anders.

Anders and Justin Clark are on a mission to clean up the park and have it ready for 2021.

The two attended the Enterprise Elementary School. Anders said one day Clark had returned from the park where he had been walking his dogs.

“He said, ‘Austin, have you been at the Ecological Park lately? We need to do something.’ I guess that is what kicked it off a year ago,” Austin Anders said.

Dale Anders said a small dam was built on the creek but it needs some attention.

He was with the Dickinson County Bank when ABB (Asea Brown Boveri) donated the park to the city of Enterprise in 1990 on First Street.

Dale Andrews at the time applied for a wildlife and parks grant of $5,000 to get it started. The Lions Club cleared a path and built the bridges over Rice Creek that runs through the park.

Many of the trees and bushes were identified by Kansas Parks, Wildlife and Tourism along the trail.

“That’s how it got started,” Dale Anders said.

ABB purchased 40 companies in 1989, one of them was Combustion Engineering in Enterprise, which had earlier acquired C-E Ehrsam.

“ABB was working at full capacity at the time. But the politics was all back east,” he said.

He said it was about that time ABB moved out of Enterprise.

“The goal is to make this a useful park again,” said Austin Anders. “We are going to do our New Year’s Day Walk and allow photographers that want to come in. About 8 o’clock we will let the families come in that want to walk. It will give people a chance to have an event to do while social distancing.”

Before the COVID-19 pandemic, plans were to bring in some educators over the summer to work with the local kids.

“We promoted it at the schools that the teachers could come down,” Austin Anders said.

“That’s what we wanted originally,” Dale Anders said. “Even the wildlife guy said, ‘You have a whole lot of things to study here.’ Even in a rotten log, he said, there are thousands of things going on.

“A community group started it and now Austin and his group is taking a interest in it since 1990,” he said.

“Mostly, it’s to get the community out here to see that it’s still here and still going,” Austin Anders said.

The National Forestry Service measures trees to find the biggest trees around the country. Those trees are recorded in the Kansas Champion Tree program.

Austin Anders said a group of volunteers from Lawrence visited Enterprise’s cottonwood tree on Feb. 27 of this year. It was measured at 19 feet, 2 inches at the base of the trunk, 86 feet wide and 81 feet tall.

He said the age of the tree is unknown but the first settlement at Enterprise was in 1868, 152 years ago.”

“That’s one of our proud and shiny moments,” Anders said.