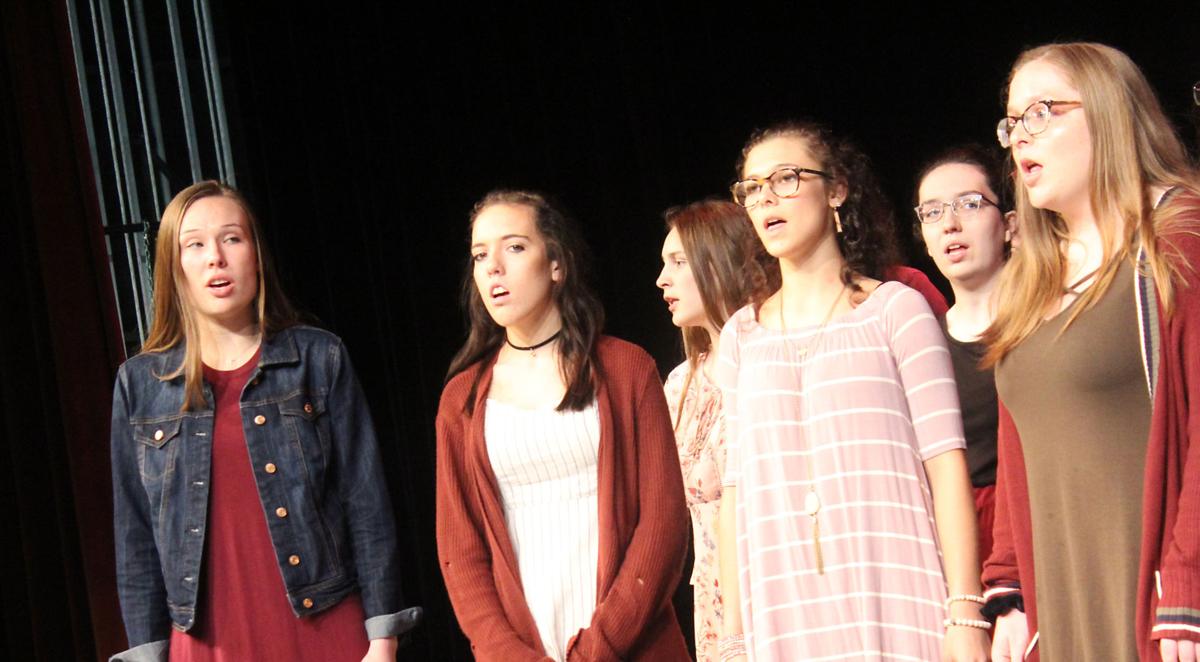 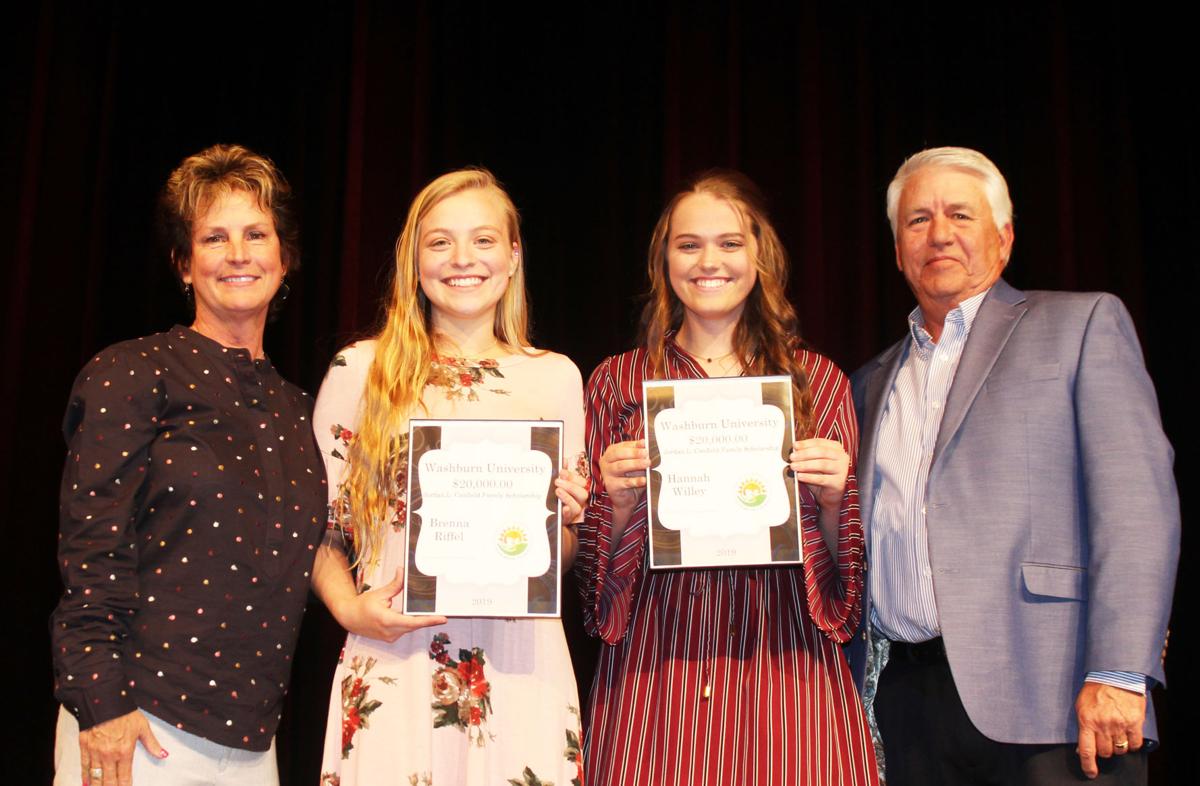 “I want to thank you for being here tonight helping celebrate academic and athletic excellence,” said Principal Ben Smith in opening the ceremony in the U.S.D. 435 District Auditorium.

He said the students represent talents from house building and woodworking, to physics, art, English and foreign languages to name a few.

“We celebrate tonight the many things that we do well,” he said. “And our students do many things well.”

Student body President Jackson Welsh got the audience fired up.

Welsh said, as the student body president, he does the morning announcements for AHS.

He said he tried to do something a little different each day. Monday’s was weekly weather update, Tuesday was a quote, Wednesday was joke of the day, Thursday was advice of the day and Friday staff appreciation.

He gave the audience a sampling.

“First a weekly weather update. It was raining outside today. That’s pretty much all I know about the weather this week.”

“We are afraid of caring too much and fear that the other person does not care at all.

“I think it is very important for us seniors to be very passionate as we move forward in our college careers. A lot of times we refrain from showing how passionate we are about something because we think other people will think we are maybe a little eccentric, maybe not in our right mind,” he said. “Whatever you decide to do in life go out with full force and don’t worry about what other people think.”

He said he was in a helicopter trying to get his homework done.

“I was writing all my notes. I was studying. Mom called me and was like ‘Jackson, what are you doing?’ Mom, you always said I needed to get a higher education.”

Many scholarships and awards were presented on Tuesday.

Some of the major scholarship recipients include: